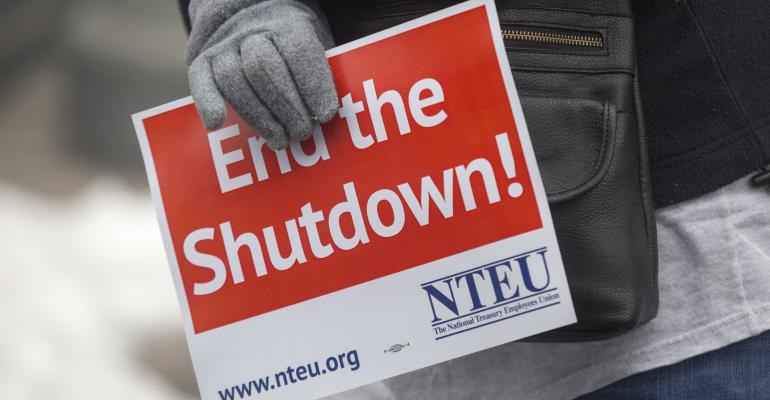 Will a Protracted Shutdown Cause Serious Damage to the U.S. Economy?

“Nobody is winning right now, at least in terms of economics.”

The country’s record-setting partial government shutdown, which began on Dec. 22, has yet to show up in economic indicators, but if it persists for another month or more that could change, experts say.

While there have been plenty of inconveniences from long security lines at airports to closed bathrooms and trash buildup at the national parks, the impact on the economy, so far, appears to be muted.

Ratings agency Standard & Poor’s recently estimated the shutdown had cost the U.S. economy $3.6 billion and said that number would stretch to over $5.7 billion by about Jan. 25. Researchers at ratings firm Fitch, meanwhile, say dysfunction in fiscal policymaking could contribute to negative pressure on the nation’s Triple-A credit rating, especially as deficits increase and growth slows.

The 800,000 federal employees affected by the shutdown have missed one paycheck to date. While the impact on those particular workers is significant, most consumers and businesses have yet to see major impacts, says Ryan Severino, chief economist with real estate services firm JLL. If more paychecks are missed or certain government departments that provide consumer assistance don’t get up and running soon, that could change.

“The further on it goes, the greater chance it has to become a compounding drag on the economy,” Severino says. “Thus far we haven’t seen a lot of fallout—a marginal basis point drag on growth, but if it doesn’t get resolved soon … and it’s hard to see a clear path forward on this, then we start to have more of a problem. We have a little ways to go before it becomes a big headache, but not all that far to go for it to show up in the data.”

Economists may have some difficulty getting a clear picture on the shutdown’s impact, as least in the short term, as the shutdown affects some agencies that put out economic data, the biggest being the Commerce Department, which includes the U.S. Bureau of Economic Analysis and the U.S. Census Bureau. Data that normally comes from the Commerce Department and its agencies include housing statistics, business investment, trade and GDP growth. The Department of Labor, which produces jobs data, is still operating.

Major corporations are beginning to express concerns about a possible economic toll. On Tuesday, Jamie Dimon, CEO of JPMorgan Chase & Co., expressed concern during a media call to discuss fourth-quarter earnings that a lengthy shutdown could damage the U.S. economy.

“Someone estimated that if it goes on for the whole quarter, it can reduce growth to zero," Dimon said, urging political leaders to “strike a collaborative, constructive tone, which would reinforce already strong consumer and business sentiment,” according to reporting by CNBC.

For now, macro-economic data remains in good shape with low unemployment among a variety of positive indicators, but economists fear that consumer and business sentiment could erode if a path to fully reopen the government isn’t found soon.

“A general rule of thumb is that for every two weeks that the government is shut down, there’s about a 10th of a percentage point off of total GDP growth (for the quarter),” says Charles Dougherty, an economist with Wells Fargo.

For now, the shutdown’s effects are more evident where large concentrations of federal agencies and federal employees reside and work.

The impact is very evident in the Washington, D.C., metro area where, besides the federal workforce, national museums and tourist sites draw throngs of visitors annually. Whether consumer spending and confidence takes a hit if the shutdown persists remains to be seen.

“How people spend is based on expectations for the future,” Dougherty says. “Am I going to have a job? Am I going to have an income? Do I feel confident making purchases? It’s not just about going to a restaurant, but about making long-term, higher-end purchases, such as cars or homebuying.”

JLL’s Severino says commercial real estate sectors exposed to consumer and household spending, such as hospitality, may face more of a near-term risk in the shutdown than property types that rely more on corporate spending, including office and industrial, which “probably have a longer runway before it (the shutdown) becomes an impediment.”

“We are flying blind a little bit, because we don’t know how long this will go on, what a potential solution is, who will crack and how much damage could be done in the process,” Severino adds. “Nobody is winning right now, at least in terms of economics.”

“As of today, we haven’t seen anyone saying we aren’t going to transact because of the shutdown,” Cope says.