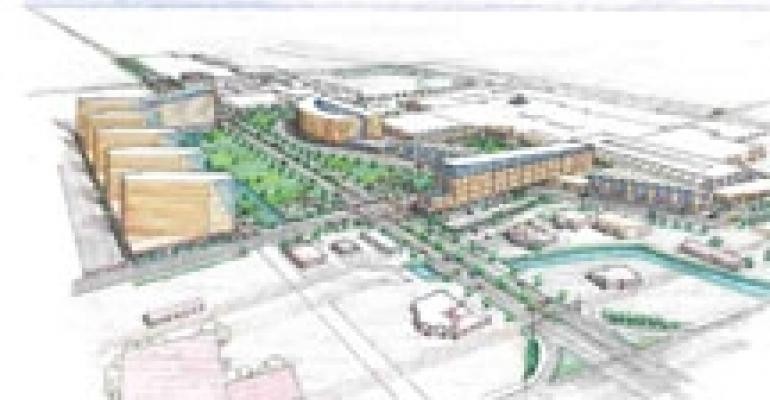 Rackspace, a San Antonio, Texas-based Web hosting company, needed to consolidate its headquarters in 2007 after rapidly growing from a few hundred local employees to 1,800. The company considered new sites in North Carolina, Washington, Virginia and Austin, Texas before the small, San Antonio-area City of Windcrest, population 5,100, alerted Rackspace to the vacant, 1.2 million sq. ft. Windsor Park Mall. Windcrest officials convinced the company that the former shopping center could be redesigned to potentially house 6,000 employees as well as Rackspace’s data center and Internet technology operations. In partnership with the San Antonio Economic Development Foundation, Windcrest secured additional partners, including the City of San Antonio, Bexar County and the State of Texas. Workstage, a developer based in Grand Rapids, Mich., contracted to convert the mall, and has renovated more than 600,000 sq. ft. About one-fourth of Rackspace’s workforce, now numbering 2,000, has moved into the facility. The rest are expected to move in by May 2009.