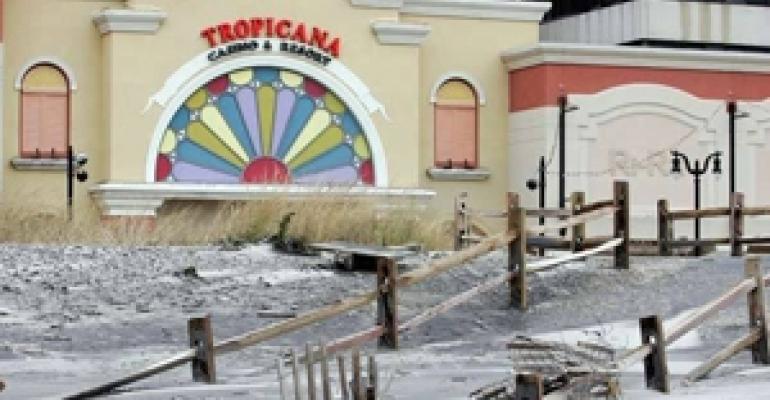 The power is still out in some places following Hurricane Sandy, and 200 residents are still living in an emergency shelter in the local convention center, but Atlantic City, N.J., is slowly getting back on its feet.

“We are getting the word out: The casinos are open. We are open. The Boardwalk is still up,” says Donna Danielson, general manager for Tanger Outlets, the largest outlet mall in Atlantic City. However, business is still very slow, according to numerous local news reports.

Atlantic City suffered a tremendous blow October 29, when Hurricane Sandy lashed the New Jersey shoreline with maximum sustained winds of about 80 miles per hour and a storm surge that flooded homes and business up and down the coast.

The 12 major casinos in Atlantic City closed Sunday, October 28, the day before the center of Hurricane Sandy struck close by. The casinos include nine facing the ocean on the Atlantic City Boardwalk and three more in the Marina District, also close to the water. Miraculously, they seem to have suffered minimal damage. By the end of the week, on Friday, November 2, all 12 casinos were open and operating.

“Borgata was fortunate to remain unharmed during this horrible storm and we were happy to open the doors on Friday,” says Tom Ballance, president and COO of Borgata Hotel Casino & Spa. Borgata donated $50,000 to the International Red Cross and is planning a charity poker tournament and celebrity chef book signing to raise more money for the Red Cross and help provide relief to victims of the hurricane.

“The biggest surprise is how quickly we were back up and running,” says Tanger’s Danielson. Tanger serves many of the tour groups that visit the Atlantic City casinos with 100 stores clustered on nine city blocks near the entrance to Atlantic City from the freeway. When state officials lifted the evacuation order for Atlantic City on Friday, November 2, eight of the stores in the mall re-opened. By Sunday, 90 percent of the mall was open and running, says Danielson.

The worst impact of the storm seems to have been on Atlantic City’s customers, who were in little mood to gamble after the suffering a run of bad luck with Hurricane Sandy and then a second fierce storm that rolled through the Northeast just a week later. Fortunately, customers are beginning to return. Tour groups that were scheduled to visit during the week of the storm are making their way back to the city. “They didn’t cancel, they postponed,” says Danielson.

Ultimately, though Hurricane Sandy will make a big dent in the bottom line for the casinos. The numbers for October are expected to be dismal, according to local analysts.

"We expect Atlantic City revenues to be down 25 percent both this quarter and next," said Moody’s Investors Service in a statement on the hurricane. "Earnings could decline 40 percent to 50 percent in both quarters. Gaming operators with just one property in Atlantic City, such as Revel Entertainment Group L.L.C. and Marina District Finance Co. [the company that owns Borgata], are most at risk."

This year had already been difficult of the casinos of Atlantic City. The casinos only won $2.4 billion over the first nine months of the year, down 4.8 percent from the same period in 2011. Winnings from slot machines were down 2.6 percent and winnings from table games were down 10 percent for the nine-month period, according to data from the New Jersey Division of Gaming Enforcement.