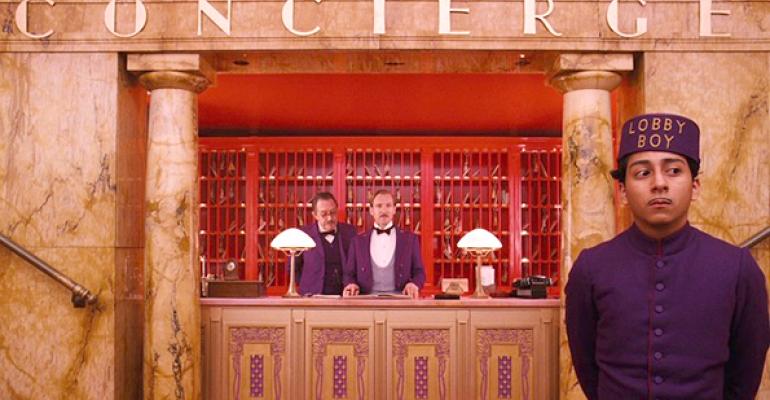 Building a Bridge between Apparent and Real Hotel Value

Real estate investment is driven by numbers, but when the investment is in a hotel, it’s important to understand the story behind those numbers. That story is the bridge between apparent and real value of a hospitality property.

Each of the three legs of the stool that is hotel valuation has its own place in the appraisal that generates real estate property taxes. The same appraisal is the start of valuing property for investment purposes.

Take the cap rate. In its simplest form, the cap rate is the sales price of property divided by the income it generates, but that is a gross oversimplification. Hotels are different from apartment or office buildings, or shopping malls, all of which lease space and are so alike—at least in the minds of some assessors.

But hotels are often sold in portfolios. Should the cap rate of a hotel in a Midwestern city be influenced by the sales price of a hotel in New York or Washington? Should it be driven by a foreign investor willing to pay a premium for a U.S. presence?

Also, the flag on a hotel has value, but not to someone whose job is to limit judgments to the grounds and structures of a brick-and- mortar inn. To the potential investor, the story can be quite different if the flag is a reason he or she is looking to put money into a property.

The sign on an office or an apartment building has little or no value, but the quality of the hotel is often defined by the flag on its marquee. It tells of a reservations system infrastructure, a rewards program that brings back guests and other symbols of success.

But the cap rate is only one part of the story. The others are room rates that generate income stream and expenses that impact that stream and its conclusion: the bottom line.

Both numbers seem obvious. Neither is, because when assessors lump hotels in with other space-rental operations, they do a disservice to the property owner and the potential investor. An office rents by the square foot for a year or more in a contract. An apartment rents by the month or by the year. A hotel is leased by the night, and the rate can be radically different for a Friday stay when compared to Thursday. A winter night rate in Florida can be multiples of that in June. A Fat Tuesday stay in New Orleans can cost the same as a week in November.

For that matter, rooms 1012 and 1014 can have the same footprint and square footage, but a far different rate if 1012 overlooks the water and 1014 an alley; or if 1014 is rented at a group rate, or by government worker or member of the military on a negotiated rate, or someone in AAA, AARP or another organization that has a discount with the hotel.

An assessor who calls the front desk on a day in April and asks the price of a room for that night, then projects the figure over the hotel’s 200 rooms for 365 days is not going to determine a meaningful estimate of hotel revenue for property tax or investment value. Neither would one who merely surfs the Internet for a published rate.

Absurd? Hardly. It happens in more tax jurisdictions than you think because overworked and stressed out assessors look for any shortcut they can find to get to the next property as quickly as possible. But those shortcuts can create abuses that impact the hotelier’s property tax bill now and the business’s future investment allure.

Revenue per available room (REVPAR) presents a more accurate picture of income. If in winter you’re getting an average of $130 per room in a 200-room hotel with an occupancy rate of 75 percent, your income is $19,500, or $97.50 per available room. Compare that to paying taxes on the $40,000 nightly income that an assessor might expect from that April phone call.

That’s why hoteliers should examine assessors’ work papers to see how they have arrived at their numbers. It’s how part of the story was written. Owners and managers should also push for hotel-specific forms to report income and expenses to assessors. It’s the way to provide meaningful information now, rather than in an appeal. Hoteliers don’t want to have to appeal to get fair tax treatment, and tax jurisdictions won’t want to have to defend their actions. Getting the numbers right in the first place is also the best way to tell a story to potential investors.

Expenses are another part of the valuation, and they are rife for misinterpretation in a market-driven assessment. The jurisdiction’s market is often defined by averaging hotel expenses as a percentage of income, but all hotels aren’t created equal and expenses are generally a reflection of that inequality.

A full-service hospitality venue is going to pay more in expenses than a standard hotel, but if the assessor discounts the 70 percent of income paid in expenses to a market-driven 50 percent because of the influence of standard-service inns, then a disservice may have been committed. So has a misjudgment.

“The taxpayer is not going to pay for your bad management,” the assessor is saying, in effect, ordering from column A and column B on a menu to fashion what is to the hotelier—and, potentially, the investor—inaccurate net income. The defense is a hotel’s history that shows 70 percent is the historical expense ratio. A consistent trend validates information that must be considered.

So, too, should an assessor take into account that an older hotel costs more to maintain, and that day-to- day expenses can be influenced by amenities that aren’t always present in a building constructed before those amenities were invented.

Like investors, assessors should do research to determine real value. It may be a lot to ask of someone whose job includes determining the value of factories, department stores and other components of a commercial real estate portfolio, along with—in many cases—dwellings. In some jurisdictions, the job has to be done every year to satisfy statutory requirements. But it’s part of getting the job done correctly, and it’s important to insist—and, if necessary, to help—because of the impact an assessment can have on taxes now, or investments in the future.

It’s an important part of getting the right facts in the story, of building that bridge between apparent and real value of a property.