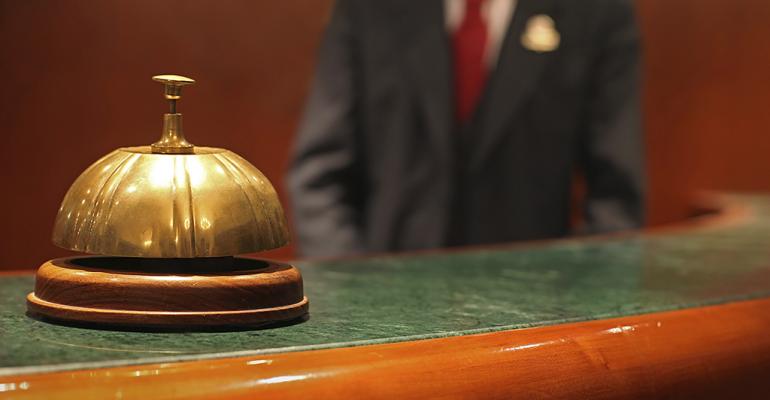 Record levels of new hotel construction are following nearly six years of solid  revenue per room (RevPAR) acceleration, and hospitality experts say there is enough demand to keep fundamentals positive for the next two-three years.

The global pipeline of new hotels planned or currently under construction is at about 11,130 properties—or 1.9 million rooms, according to Portsmouth, N.H.-based consulting firm Lodging Econometrics. That marks the highest level of construction the company has ever recorded and represents a 9.0 percent increase year-over-year in new property, with the U.S. leading in growth and the largest amount of current projects, the firm’s researchers said.

Annual occupancy is also near record levels, according to a new report from brokerage firm Marcus & Millichap, and is expected to increase 30 basis points this year to 65.9 percent due to more travel spurred by drops in unemployment and gas prices. There were 2.7 million new jobs added in the United States in 2015, and the steady pace of growth is expected to add up to 2.5 million more this year. Elevated business confidence should support additional expansions and expenditures on items including travel, according to the report.

The signs so far this year point to continued growth, says Peter Nichols, director of the hospitality group at Marcus & Millichap, though it will be muted by slower-than-expected wage growth and the new construction.

“As the unemployment rate stays around the 5.0 percent mark, however, we should see some wage pressure,” he says. “I think people are starting to feel better about the job market, and business owners also feel good about the economy, and may be willing to spend some of their discretionary income on travel.”

New U.S. hotel construction may have a slight impact on some markets, Nichols says, as more than 110,000 rooms are scheduled for completion in 2016, and several thousand additional rooms are in the final phase before groundbreaking. This adds up to a 1.6 percent growth rate, mostly in the select-service tier and concentrated primarily in the top 25 markets. However, Nichols says there’s not much threat of overbuilding yet this cycle.

“While there’s the 1.6 percent rate of new construction, the demand growth rate is at 2.0 percent,” he says. “That’s very different than the lead-up to the last downturn, where it was reversed, and we had supply growth north of 4.5 percent and demand growing at less than 2.0 percent. Though some markets are skewed higher than others—New York, for example, has a 10.0 percent growth rate—there’s still not overbuilding yet, as there’s even more demand in those markets. With new occupancies well above 85.0 percent in Manhattan, overbuilding isn’t that much of a concern.”

“If you’ve got $50 million, you could put that down on a $150 million luxury, full-service hotel and hang all that risk in one place, or you can get five separate hotels and spread that risk around,” he says. “You’d think there’d be more return on the larger property, but the smaller assets can win out because of the full-service expenses.”