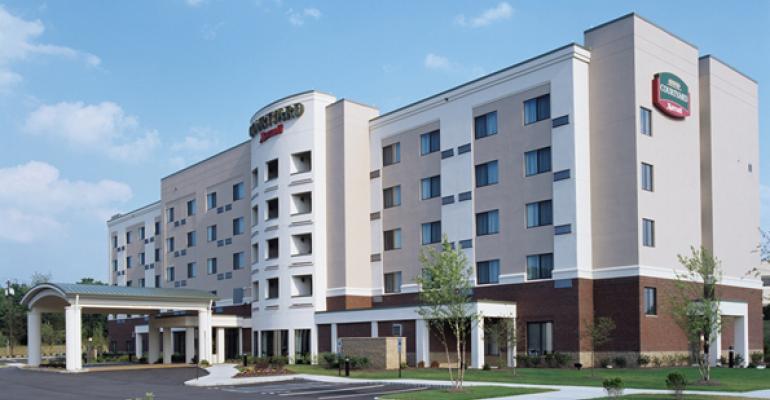 Increasingly, HNW investors are snapping up more modest hotels—like a Hilton Garden Inn or a Courtyard by Marriott—in secondary and tertiary markets.

“I don’t mean for this to be pejorative and I don’t mean to malign anyone, but there is some cachet to being able to ‘play’ with a hotel,” says Daniel Marre, co-chairman of the hotels and leisure practice at Seattle-based law firm Perkins Coie LLP.

For a lot of other high-net-worth investors, however, trophies are merely shiny objects that gather dust on a shelf. Increasingly, these HNW investors would rather snap up more modest hotels—like a Hilton Garden Inn or a Courtyard by Marriott—in secondary and tertiary markets, thereby eschewing prestige in favor of profit.

According to a report from commercial real estate services company JLL, full-service hotels in the high-end category accounted for more than two-thirds of single-asset deals in the third quarter of 2017. Transaction volume during the quarter totaled $6.4 billion, with publicly-traded REITs, private equity funds and foreign investors driving the bulk of those deals.

Since major league players have put top-tier hotel acquisitions squarely in their sights, a number of HNW investors are targeting deals elsewhere. And HNW investors are just fine with that, as trophy hotels in primary markets tend to draw a slew of bids from well-capitalized institutional investors.

Mike Cahill, founder and CEO of Hospitality Real Estate Counselors, a consulting firm based in Greenwood Village, Colo., says family offices in secondary and tertiary markets like Cleveland, Denver and Omaha, Neb. typically feel comfortable buying stable cash-on-cash lodging assets—either on their own or in conjunction with other family offices—in non-gateway markets scattered around the country.

“But if you’re in a for a roller coaster ride, then by all means, buy a trophy property in a major city,” Marre says.

Marre uses a baseball analogy to describe the trophy-or-no-trophy approach to hospitality investing for HNW investors. “If you want to swing for the fences, that’s fine, but also understand that you have more of a likelihood of striking out,” he says. “If you want steady stats, just go for the singles and doubles.”

More and more HNW investors, including family offices, are going for those singles and doubles by chasing income-producing hospitality investments outside gateway markets, according to Adam Docks, co-chairman of the hotels and leisure practice at Perkins Coie. HNW investors pursuing non-gateway hospitality properties tend to focus on second-tier markets, including Austin, Texas, Minneapolis, Nashville, Tenn. and Seattle, he says.

“If a high-net-worth investor is looking for some capital appreciation and income, there’s nothing wrong with investing in a branded select-service hotel in a secondary or tertiary market,” Docks notes. “You can get nice returns off those.”

Statistics from Portsmouth, N.H-based hotel consulting firm Lodging Econometrics bear out the popularity of the types of hotels you’d find in a secondary or tertiary market. Through the third quarter of this year, 686 hotels whose selling prices are publicly available were sold in the U.S., according to Lodging Econometrics. Those properties had an average sale price of $134,204 per room and an average room count of 127.

When scoping out hospitality assets, regardless of size and stature, HNW investors typically prefer one-off deals over portfolios, Docks says. “Portfolio transactions are complicated and they’re really tough to execute, and a high-net-worth investor or family office may not have the team or resources necessary to take down an entire portfolio of hotels.”

HNW individuals and small family offices lacking in-house asset managers usually hand off oversight of acquired hotels to third-party operators, according to Marre. That’s an especially important step for investors who don’t have experience in the hospitality industry.

Aside from the burden of running a hotel, Marre stresses that the financial success of lodging assets is less predictable than that of, say, office or industrial properties. Thanks to the prevalence of long-term leases for office and industrial buildings, forecasting income and expenses is simpler than it is for hotels, whose occupants are more transient and whose fortunes are closely tied to the economy.

“Hotels are such a different asset than any other class of real estate,” Marre says. “With hotels, you have to price every single room every single night. That’s the nature of hotels; it’s a roller coaster ride. It’s almost like the canary in the coal mine for the economy.”

The roller coaster ride can pay off handsomely, though. In secondary and tertiary markets, an investor can expect a cap rate of 8 percent to 11 percent for a hotel, with yields in the high teens, Cahill says.

“There aren’t very many investments out there today that bring those types of yields,” he says.