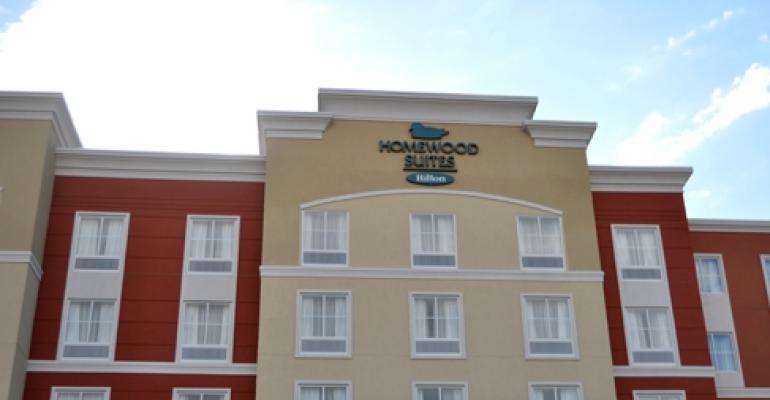 While development in several property sectors has slowed to a trickle, the extended-stay segment of the hotel industry remains quite active. Homewood Suites by Hilton opened its newest hotel Friday in Fort Wayne, Ind. — after a nearly two-year construction delay — and has approximately 80 others in the development pipeline. Launched in 1989, the Homewood Suites brand now has 308 hotels open.

The six-story, 79-suite Homewood Suites by Hilton Fort Wayne is owned by Ash Lakhany, CEO of Hoosier Hospitality, and is managed by SuperHost Hospitality LLC. The average nightly stay is $109, although weekly and monthly rates vary.

Completion of the $7.5 million extended-stay hotel was a particularly momentous event for the developer following a major setback. According to The Journal Gazette, the local newspaper, the hotel was halfway completed in 2009 when the building commissioner ordered work on the project to halt.

The building had to be demolished primarily because an underground drainage system was not backfilled properly, causing one side of the hotel to sink into the ground. The demolition and associated costs exceeded $2 million, according to the newspaper. Despite the setback, Hoosier Hospitality persevered.

Located at 8621 U.S. Highway 24 West in Fort Wayne (off I-69), the newly opened hotel offers studio, one- and two-bedroom suites. Additional guest amenities including a daily complimentary full hot breakfast in the hotel’s hospitality center — the “Lodge” — a full evening meal with drinks on Monday through Thursday evenings, and a 24-hour on-site pantry.

The rooms feature fully equipped kitchens with full-sized refrigerators, complimentary high-speed Internet access, and separate living and sleeping areas in each of our suites.

The hotel also is close to shopping, restaurants and cultural activities including the Children’s Zoo, Fort Wayne Museum of Art and the Botanical Conservancy.