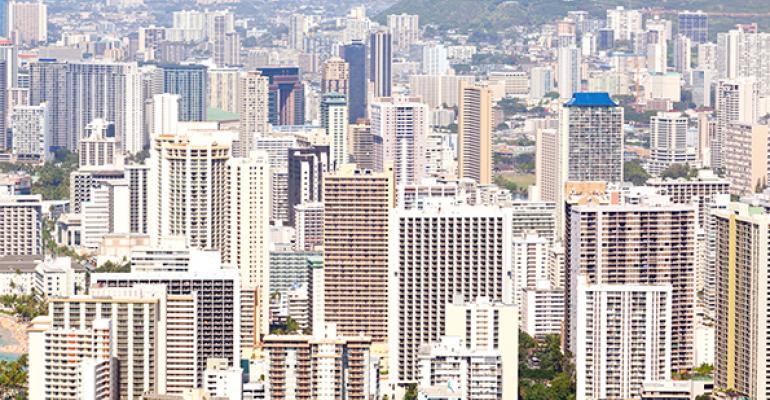 U.S. hotel industry metrics continued on a strong streak in the second quarter of the year, with increases in both occupancy levels and average daily rates (ADRs), as well as revenue per available room (RevPar) growth that hit double digits in some markets.

According to data from research firms Moody’s Investors Service and Smith Travel Research, RevPar on a national basis increased 7.2 percent year-to-date. A separate report by RBC Capital Markets claims that lodging REITs posted an average RevPar growth of 6.5 percent, with strong markets such as Seattle experiencing RevPar growth of more than 10 percent.

Margaret Taylor, senior vice president with Moody’s, said in a statement that the strong industry fundamentals bode well for 2015 earnings and should offset a drag from foreign exchange transactions.

“We expect the (RevPar growth) will continue for the remainder of 2015 and are affirming our forecast for 8 percent to 9 percent EBITDA growth for the industry,” she said.

Hotel occupancy has been trending upward as well, growing 2.3 percent to hit 65.2 percent, the highest occupancy rate reached during this century and a significant jump from 2009’s 55 percent, according to Moody’s. Improving occupancy has pushed up rates, and the U.S. hospitality industry’s ADR is at historic highs as well, increasing 4.8 percent to about $100 per room.

Lauro Ferroni, senior vice president in the hotels and hospitality group of commercial real estate services firm JLL, says the higher the ADR is leading to higher property valuations in the hotel sector. Ferroni adds that the three main reasons hotels are doing so well right now include the increase in international travel, demand for group travel and the small amount of new supply added to the market. For example, overseas passenger traffic to the U.S. from non-U.S. citizens has increased 3.5 percent so far this year, according to the National Travel & Tourism office.

“With group demand, we’re seeing a much longer lead time from people booking rooms,” Ferroni says. “People who are making the decisions have more visibility on the economic outlook, and are comfortable committing 150 people to a meeting in early 2017, for example. A year ago, that person would have probably waited until only six-to-nine months out.”

Supply is another factor. Drew Noecker, vice president with CBRE Hotels, says there was a dearth of available construction financing following the recession, resulting in few new hotels under construction. Now that the market has shown improvement, there are new properties in the pipeline. Whereas demand stands at about 3.3 percent, supply will likely increase to 2 percent in 2016, according to Moody’s, and may lead to a deceleration in occupancy and RevPar growth.

“In the future we will normalize and come back in line with historic norms, but you have to remember we’ve been experiencing tremendous growth the past three to four years,” Noecker says. “Over the next 12 to 18 months, we should keep growing with limited new supply.”

Noecker says the industry’s resurgence has brought in a lot of new hotel investors, a factor that should only increase values.

“There are larger real estate companies that didn’t event target hotels before that have entered the marketplace,” he says. “The owners are the ones who will benefit, not only for their investment, but also so they can reinvest and renovate their properties, and realize rate premiums.”