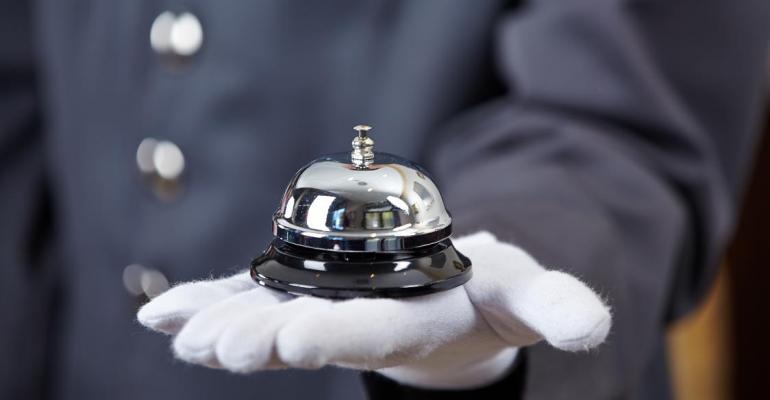 Investors looking to make money on hotel acquisitions may want to hurry up—in March, hotel prices in the U.S. were just one percentage point short of their pre-recession peak, according to Moody’s/RCA Commercial Property Price Indices (CPPI) report, indicating that values can’t go much further.

Moody’s reported that hotel prices rose by 33 percent over the past 12 months, as property fundamentals improved and more and more investors flooded into the sector. In a January report, commercial real estate services firm Jones Lang LaSalle estimated that global hotel acquisitions volumes will reach $68 billion this year, with the biggest share of acquisitions ($34.5 billion) happening in the Americas.

In the first quarter, investment sales of U.S. hotel properties rose 68 percent, to $12.9 billion, according to Real Capital Analytics (RCA), a New York City-based research firm. Cap rates in the sector averaged 8 percent, 36 basis points below those recorded during the first quarter of last year, while the average price rose 47 percent, to $199,462 per unit. In the first three months of 2015, at least four hotels sold for more than $1 million per key, RCA researchers noted.

So far, improving fundamentals have warranted increased attention from investors. According to the April issue of Hotel Concierge, a report by RBC Capital Markets REIT analyst Wes Golladay, revenue per room (RevPAR) for the U.S. hospitality industry rose 8.3 percent in January and February and 6.7 percent in March, indicating healthy growth. “Many of our demand indicators remain constructive for increased demand, despite our concerns over the slowing macro environment and rising USD,” Golladay wrote.

According to Golladay, “International tourism remains the wild card for 2015; we expect a slowdown, but not a collapse.”

A March issue of the Hotel Horizons report produced by RKF Hospitality Research, a CBRE company, estimated that hotel occupancies in 2015 will reach 65.6 percent, 360 basis points above the long-term average recorded between 1988 and 2014. However, RKF researchers also expect that user demand will begin falling in the next four quarters, though it will remain considerably higher than the long-term average of 2.0 percent.

In addition, a growing hotel construction pipeline may impact occupancy rates going forward, note Moody’s researchers. Moody’s notes that over the past year, hotel prices rose at almost double the pace of prices for office, retail, multifamily and industrial properties. Moody’s/RCA’s National All-Property Composite Index, which does not include hotels, rose by 16 percent over the past 12 months, compared to the 33 percent growth experienced by the hotel sector. As a result, some caution may be warranted.

“The lodging sector’s robust recovery has been driven by rebounding demand and, until now, limited supply,” they write. “However, the construction pipeline is building and, in certain cities, is formidable. As the newly built hotels come on-line, there may be a slowdown and ultimately a reversal of recent income and price growth trends.”