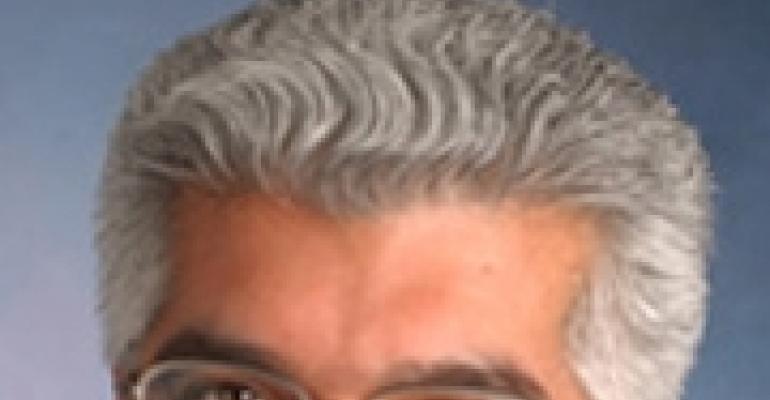 Hunter Hotel Investment Conference Sound Bites: ‘Every Lender is Not Made Equal’

It would be an overstatement to say that the U.S. lodging industry is on a roll given the uneven pace of recovery across product segments and individual markets, but the sector has climbed out of a big hole. Room demand rose 7.7% in 2010, after contracting 6.1% in 2009 and 2.5% in 2008, according to PKF Hospitality Research.

The outlook remains positive. Room demand is forecast by PKF to rise 4% this year, while revenue per available room (RevPAR) is projected to climb 7.1%.

“The improved business environment, combined with the two percent reduction in the payroll tax, will put more people on the road for both personal and professional travel,” says Mark Woodworth, president of PKF Hospitality Research.

According to Moody’s Analytics, U.S. employment and real personal income are expected to rise 1.7% and 4%, respectively, in 2011.

Against that backdrop nearly 800 industry professionals — including lenders, developers, brokers and managers — descended on the Marriott Marquis in downtown Atlanta early last week. They gathered to network and attend panel sessions at the 23rd annual Hunter Hotel Investment Conference. The topics ranged from the overall lending climate for hotels to the level of distress in the marketplace today to the importance of going green. What follows are some of the more memorable sound bites from the conference.

— Dr. Rajeev Dhawan, Georgia State University economist, explaining why the drop in the U.S. unemployment rate from 9% in January to 8.9% in February is misleading

“That is a very, very bad statistic. You know what has happened? The labor force participation rate of young people — that means how many people want to work — has fallen like a rock. Why would the students want to graduate and go out and look for a job when the job market is lousy? They are going to stay back in school, do another degree.

“So, if people are not coming out of school to look for a job, and the older folks who have taken two hits in the stock market in 10 years are going to extend their working life, you are going to have an unemployment rate that is going to keep on dropping even without much job growth. Do not look at the unemployment rate statistics as a way of gauging the economy.”

— Randy Griffin, president of CSRA Business Lending, explaining the stifling effect that bank regulators have had on the ability of many community banks to provide hotel financing

“One of the things that folks need to understand is that every lender is not made equal. That’s not only at the high side of these transactions, but that’s for the limited-service hotel owners as well. I think small business owners in general do not understand the impact that bank regulations have had on their ability to lend.

“There are a lot of people in the room who own three hotels, five hotels, or eight hotels that never paid a late payment. They walked into [the office of] John Doe, the banker in their community, and borrowed that money. Today they walk back in to try to borrow money on that limited-service property, whether it be $8 million, $10 million or $12 million, and they’re putting 30% down. In mid-breath in the second sentence, the lender says, ‘We’re not interested.’” That’s [because of] the bank regulators.

— Michael Murphy, head of lodging and leisure capital for The First Fidelity Cos., discussing what ultimately will be the catalyst for new hotel construction

“It will start with the rationalization that this market really needs it, but the real rationalization is that some guy in some real estate department in some commercial bank is asked the question: ‘When is the last time you did a deal?’ That’s the way it starts. It’s not like a memo comes out that says, ‘Hey, please start lending to hospitality.’ That’s not how it’s going to happen.”

“There is something like $20 billion worth of hotel CMBS loans that are coming due this year and next year. I think that 75% are floating rate, so there is going to be a huge need for capital to fill that gap at maturity. Whoever can get out there first with the right product is going to make a fair amount of money and make a lot of owners happy.”

“You know what an entrepreneur is? An entrepreneur is a person who always believes that in this pile of horse manure there’s got to be a pony. Managers on the other hand can never be entrepreneurs because they sit around with their green eyeshades on trying to figure out how they can possibly make that last million dollars work … So, I say to you decide what you are and surround yourself with the other side.”

“International travel into the United States is essential to our growth. We talked about change and the new normal — this is going to change the paradigm of our industry significantly. If we can get our hands on our market share of those tourists, we’ll see dramatic growth in our business. It is all dollars and cents.”

“The administration was late to understand the impact and the potential contribution that our industry could make to the overall macro economy. On the other end of it, I think they were a little bit late in [addressing] the needs of the small business owner.

“On the other hand, if you look at some of the modifications to the Small Business Administration loans and some of the things that they’ve done in the last couple years, they’ve been positive. On the Travel Promotion Act, you can’t overstate the importance of that act.”