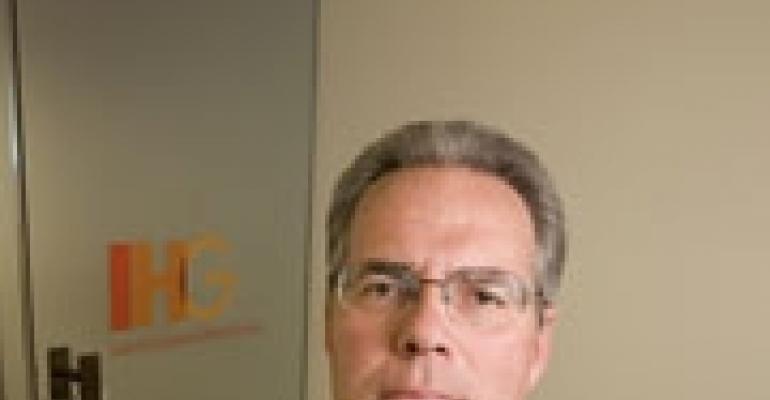 Stevan Porter, the dynamic chief of Atlanta-based InterContinental Hotels Group’s Americas region, died Thursday, Aug. 7. He was 53 years old. Porter passed away at his home in Los Angeles following a short illness for which he had been hospitalized for a period beginning in mid-July.

Porter had the rare executive gift of being able to meet and exceed expectations of shareholders while earning the respect and trust of franchisees and owners. His Midwestern roots shone through in his enthusiasm and friendliness. He was a man of passion, for his family, his company and the hospitality industry, and he was well-liked.

Porter joined InterContinental in 2001 as chief operating officer of the Americas. He was named president a year later. He started his hotel career in 1976 with Stouffer Hotels and joined Hilton Hotels in 1990, eventually rising to executive vice president of operations.

In an interview with National Real Estate Investor in March 2007, Porter described the dramatic changes at InterContinental under his leadership, as the company sold outdated properties and moved into new global markets. “I put IHG right back at the leadership table for the industry because it sure wasn’t there before I got here,” he remarked. The extended profile of Porter was the lead piece in NREI’s “Ten to Watch” cover story package, which highlighted the commercial real estate industry’s movers and shakers.

From 2003 to 2007, IHG sold more than $4.5 billion in assets. It sold 174 hotels but kept its flags on most of those properties through management and other arrangements. In his first five years as chief at InterContinental, Porter helped the company evolve from a portfolio of five brands with little growth to a global platform of seven brands.

In addition to the presidency of company’s Americas region, Porter was global leader of franchise strategy and an executive director of IHG PLC. Under his leadership, the company acquired its sixth brand (Candlewood Suites) and launched a seventh, Hotel Indigo, which was at the forefront of the industry’s new lifestyle brand segment. In 2006, Lodging Hospitality, a sister publication of NREI, honored Porter with its Stephen W. Brener Lodging Hospitality Silver Plate Award.

A native of Columbus, Ohio, Porter earned degrees from Miami University and Xavier University. He is survived by his wife Francey and sons Steve Jr. and Charlie.

When Porter fell ill last month, IHG named Finance Director Richard Solomons interim president of the Americas region, a role he will retain until a permanent successor is named.