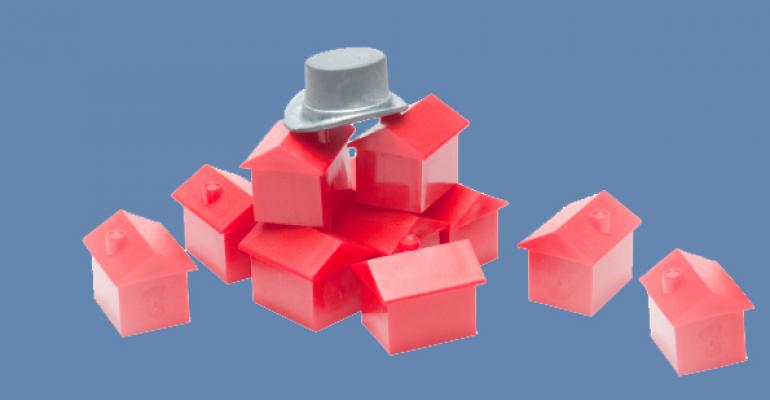 Investment Activity in Hotels is Set to Surge

Through the first five months of the year, the pace of hotel transactions has been steady and strong, but not spectacular. That could soon change.

“There was an expectation that assets would be dumped on the market,” said Art Adler, Jones Lang LaSalle Hotels’ managing director and CEO of the Americas, during the NYU International Hospitality Industry Investment Conference in June. “Lenders are more disciplined now. A great deleveraging is coming in the next five years. There will be epic transaction volume … More mega deals are coming this year.”

Jones Lang LaSalle Hotels, which tracks transactions $10 million and up, reports U.S. deal volume reached $5.1 billion through May. The five-month mark is off last year’s total of $6.4 billion. The number does not include the $1.9 billion Blackstone purchase of Motel 6 as that hasn’t closed yet. Nor does it count note sales, foreclosures or other loan-to-own recapitalizations that would increase the transaction volume by 50 percent, estimated Larry Wolfe, Eastdil Secured’s senior managing director. If those transactions were counted, lodging’s deal volume would be at 2005 or 2006 levels, he said during the panel with Adler.

Despite an uneven economic recovery in the U.S. and continued concerns over Europe, operating performance continues to improve. Supply growth is at historic lows, while demand reaches new highs. Revenue per available room will climb 5.5 percent this year and another 5.4 percent next year, according to STR Chairman Randy Smith. And in 18 months, RevPAR will reach 2007 peak levels.

Steve Rushmore, HVS founder, followed Smith on stage and called today’s lodging environment the “best hotel buying opportunity in the U.S. since 1991.” After falling 31 percent in 2009, hotel values have risen 17 percent in 2010, 20 percent last year and HVS projects 17 percent increases this year and the next. For that reason, Rushmore believes single-asset transactions will be down this year while owners hold their assets to take advantage of the rise in values.

Still, a panel of leading hotel REIT executives said they would be net buyers this year, while a panel of the leading private equity players sent the same message. REITs accounted for 44 percent of the transaction volume through the first half of 2011, but only 27 percent this year. Private equity has accounted for 52 percent of the deals so far this year, but REIT activity is expected to pick up, saidAdler. This will bring even more assets to market.

Host Hotels & Resorts CEO Ed Walter said his firm would like to be a seller, and has been in some markets, but “it’s still a great time to buy and we’ll be a net buyer.” Dan Hansen, CEO of Summit Hotel Properties; Ken Cruse, CEO of Sunstone Hotel Investors; Gary Mendell, CEO of HEI Hotels & Resorts; and Mit Shah, CEO of Noble Investment Group, all concurred with that sentiment during a panel discussion about mergers and acquisitions.

The panelists all expressed concern over the economy and Europe, but as Hansen said, “the runway looks good and we’ll proceed with a measured pace.”

Another factor in the expected surge of transactions is the recovering and “maturing debt market,” noted Mark Elliott, senior managing director of Hodges Ward Elliott. He said all traditional debt sources, from CMBS to banks to insurance companies, are active. The terms, spreads and cost of debt may not be what they were a few years ago, but financing is available.

The tidal wave of distressed deals hasn’t yet arrived, and may not, because it’s been “a more orderly recapitalization” than anyone expected, said Wolfe. Elliott added that extend and pretend has proven to work in many cases: “People aren’t panicking."

If Jones Lang LaSalle Hotels’ forecast of $15 billion in hotel transactions this year is to happen, that means close to another $10 billion in deals is still to come.

“Based on the pace recorded thus far, the firm remains confident that the transaction volume forecast of up to $15 billion will be met as momentum in the market further accelerates,” Adler said.