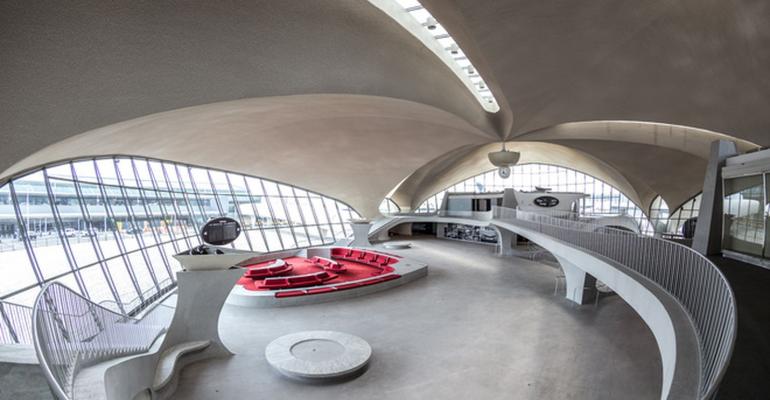 While most market experts agree that the hotel sector will experience slightly lower occupancy rates in the year ahead as new supply catches up to demand, there seems to still be enough fuel for revenue per available room (RevPAR) growth in the hospitality business. One firm that is moving ahead with portfolio expansion is MCR Development, a hotel owner/operator with 82 hotels across 21 states. This summer, MCR started the redevelopment of the TWA Terminal at New York City’s JFK Airport, which has been closed since 2001, into a 505-room hotel. We spoke to MCR Development CEO Tyler Morse about his perspective on trends that will affect the U.S. hotel sector in 2017.

NREI: With TWA JetBlue project at JFK, your hotel will be serving the needs of a major international aviation hub in one of the U.S.’s major markets. Please tell us how you navigated the selection process to become the developer for this hotel. Have you learned any lessons from this process?

Tyler Morse: We participated in an RFP with the Port Authority. We had very strong competition and I think we put together a great proposal that respected the preservation community’s interests with this building. And that’s really how we’re approaching this—we want to bring life back to this building and restore it to how it was in 1962, which I think was a very attractive proposal to the Port Authority. Our financial terms were competitive with all of the other bidders, but I think the preservation component was very important in the decision making process.”

NREI: Can you talk about the features that hotel is going to have once it is completed?

Tyler Morse: The hotel is going to have 505 guestrooms, about 50,000 sq. ft. of event space, eight restaurant and six bars. It’s going to have a lot of great amenities in the building. There is going to be a very large lobby, roughly 200,000 sq. ft., so I think it will be the largest hotel lobby in the world. It’s at the gateway airport in the United States, at JFK, which 40 percent of all first-time visitors to the United States enter through JFK. It’s something that I think all New Yorkers and Americans can be proud of having as a welcoming hotel when people land at Kennedy airport for the first time.”

NREI: How did you structure the deal? Is there a length of time that you’re holding onto the property?

Tyler Morse: We’re leasing the building, property and project from the Port Authority. It’s a long-term ground lease. I think we bid aggressively because it’s a really special and unique asset that people will appreciate and JFK needs a nice amenity like this.

NREI: How do you plan to deal with the increasing levels of construction in the U.S. hotel sector and the fears of over-building?

Tyler Morse: I think some of those fears are unfounded for two reasons. One, you have to look at the demand side of the equation and the supply side of the equation. With the demand side, travel/tourism has been a growing sector for the past 35 years. The per capita average night spent on the road for every American has been going up steadily for the past 35 years. So the short story is people are traveling more than they ever had and I think that’s largely due to the advent of the discount carriers. Southwest has obviously been around for a long time, but Spirit Airlines and JetBlue allow you to fly from New York to Florida for $39. That makes travel even more democratically available so the demand side of the equation is going up.

On the supply side, I think you have to go market by market. A full 50 percent of the new supply in the United States is being built in five markets—New York, Miami, Nashville, Austin and Southern California. There’s a modest or reasonable amount of supply in other markets, but there are still plenty of opportunities. Also, not all supply is created equal. New York City has a crushing amount of new supply as does Miami Beach, but lots of other markets have very modest supply increases. I think you have to pick your markets carefully [when] you invest.

Tyler Morse: I prefer not to [name] all the markets because then everybody would jump in there and build in those markets. We’re market agnostic. We own hotels in very small markets and very big markets. It depends on very localized supply conditions for where opportunities are.”

Tyler Morse: I think the best opportunities are in the select-service space. The reason for that is the value proposition is better. For approximately $125, you get a great room, free breakfast, free dinner, free beer, free parking and free Wi-Fi. Whereas if you stay in a full-service or luxury hotel, not only do you have to pay $250 to $300 per night, you have to pay $15 for Wi-Fi, $50 for parking, $25 for breakfast, $30 for lunch, $25 for dinner. You get hit all over the place. The consumer is migrating to the select-service product where it’s a better value proposition to the guest. You’re seeing that secular shift in the industry. There are a lot of old Sheraton hotels in city centers that are having trouble at this stage in the game because it’s an outdated product at an uncompetitive room rate and then you have to pay for Wi-Fi, which drives people crazy.”

A lot of the big hotel companies—our partners Marriott and Hilton included—have spent a lot of time focusing on Millennials, but I’m not a big believer in planning for Millennials right now. They will become a big component on the demand side of the business in the next 10 or 20 years, but they are not a part of it today. Business travel, broadly speaking, is still the bulk of the demand and the average age of most businesses travelers is around 47 years old, so it’s going to be a long time before Millennials get there. The average American business traveler who is 47 years old is not really interested in staying at a pod hotel or some of these newfangled Millennial hot buttons. I think they are more traditional in their needs and wants.”

NREI: What other cohorts are hoteliers targeting and how? What are your thoughts on international travel?

Tyler Morse: Foreign inbound travel is increasing and I think a ton of that increase over the next 10 years is going to be Chinese travelers, but that is mostly going to impact the gateway cities and the Las Vegas’ of the world. I think inbound travel is important. The Chinese traveler is not as sensitive to the strength of the dollar. They are somewhat, but the European travelers are much more sensitive to the dollar.

NREI: How easy or challenging has it been to obtain financing for new hotel projects? What approaches have you taken and what kinds of terms were you able to get?

Tyler Morse: We have not had trouble getting financing. We have great relationships with a lot of different banks. Financing is out there for those who know what they’re doing and have done it before. I think it’s similar to most other times in this cycle. The experienced developers and the experienced operators don’t have trouble getting financing. The CMBS market came back in the later three quarters of last year and was very healthy and it’s off to a great start this year. In fact, spreads have come in about 82 basis points in the past 30 days, so that’s been good for the financing markets and there are a lot of banks out there with capital to lend. So I would characterize the financing markets as quite healthy and I would call the terms fairly normal. I wouldn’t say they are covenant-light as they were in 2007, which got the banks in a lot of trouble, but I would call them kind of straight down the pike. For a new hotel development, you’re probably looking at LIBOR plus 300 to 350 [basis points].”

NREI: Where have you gone for your construction loans?

Tyler Morse: We just work with traditional commercial banks. We are good old-fashioned real estate investors. We put a modest amount of financing on something even though the spreadsheet says you can get a higher IRR if you put more financing on it. But what the spreadsheet doesn’t contemplate is the greater amount of risk that you’re putting on the project with the incremental financing.”

NREI: What advice would you give to hotel developers active at this point in the cycle?

Tyler Morse: It’s game theory and I think we all need to be conscience of other people’s new supply. My advice would be to do the math on the supply. If there’s too much supply, don’t do it. Some people just build because it’s in the blood and they just like to build, but they shouldn’t. When they shouldn’t, it ruins the market for everybody because when you flood the market with supply, it makes it harder to price the hotels after that new supply hits the market. It’s the old prisoners’ dilemma. We’re all better off if there’s discipline in the development market.

Tyler Morse: I think it’s going to be a strong couple of years. Hotels are the highest-yielding asset class in real estate and I think they are going to have a good couple of years. I think RevPAR will be up three or four percent this year. Everybody is doing a lot of complaining because last year RevPAR was only up two-and-a-half percent, but that’s not that bad. The amount of travelers on the road was up and there was kind of a downward trend in the second and third quarter of 2016, which turned around in the fourth quarter. We’re seeing nice RevPAR numbers at our … hotels over the past quarter-and-a-half.

NREI: What are your thoughts on Airbnb? Do you see it as a big issue for select-service models?

Tyler Morse: I’m not hugely concerned about Airbnb, largely because it’s almost all leisure travelers. Business travelers don’t use Airbnb because you can’t control the product. If you work for IBM and you’re out on the road meeting with customers, the last thing you need to deal with is figuring out how to check into the second bedroom of someone’s house and the non-standard environment that you’re going to find yourself in. So it doesn’t really work for business travelers.

Leisure travelers like it and the reason they do is because it’s at a lower price point. It’s for very, very price-sensitive people. If Airbnb hives off a little bit of widely price-sensitive demand, that’s okay. That’s not killing the hotel business.