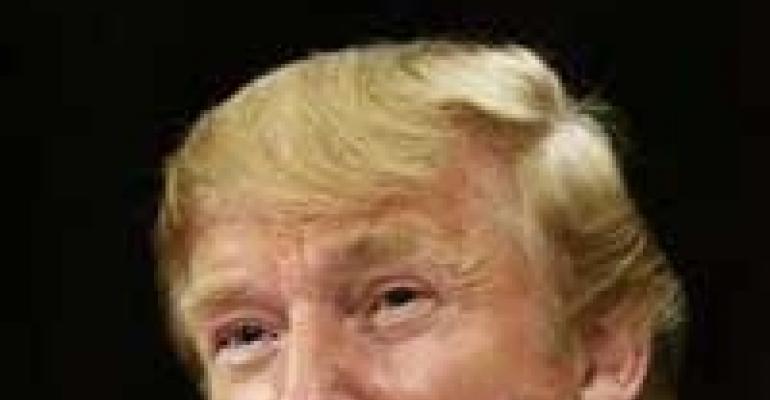 He won’t admit it in public, but in his heart Donald Trump is a hotelier first and foremost. At this week’s Americas Lodging Investors Summit, America’s most-famous businessman gave a bombastic and ego-driven, but passionate speech on virtues of hotel development and ownership.

“Trump Hotels is a diamond in our organization, but it’s not our main business,” said Trump. “It’s more a labor of love for me and my family.”

Trump has a long history in the hotel business, first as the developer who in the late 1970s gutted the former Commodore Hotel in New York City and rebuilt it as the Grand Hyatt New York. Next step was the 1997 opening of the Trump International Hotel & Tower at Columbus. The Trump Collection now includes six properties, with the next to open next week in Toronto. Trump’s group also operates a string of luxury golf clubs. (In typical Trump manner, during his speech he mentioned four or five of his courses, each of which he impossibly claimed as “the number-one golf course in the world.”)

Not surprisingly, Trump has a lot of strong convictions about real estate development and the hotel business. A strong, highly recognizable brand is key, especially if it’s the Trump brand, at least judging by his own accolades of the Trump name. “A really strong brand can help a developer overcome a lot of issues, including zoning, financing and others,” he said, crediting his “Apprentice” TV franchise as part of the success in creating the power of the Trump brand.

While his speech included a lot of “I,” “me” and very little “we,” he offered what he considers to be the other key elements for successful luxury hotel development:

To continue reading the piece, go to LHOnline.com.

ALIS Gets Back to Business