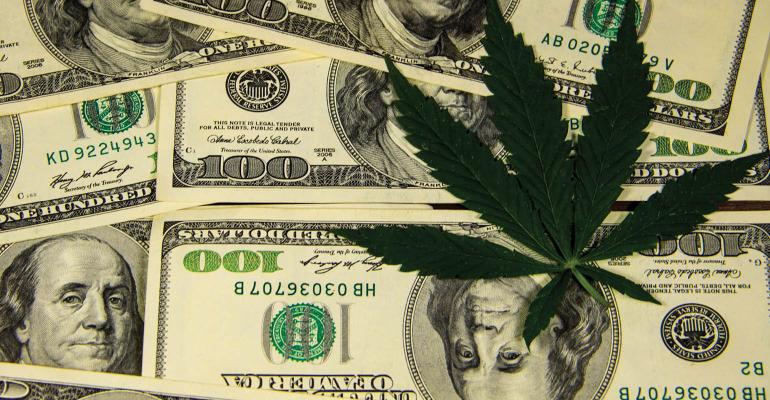 With a majority of residents favoring legalization of pot, Michigan and New Jersey are jumping into the recreational cannabis market.

A wave of cannabis legalization for recreational use is sweeping the nation and opening up new opportunities for real estate investors.

At the moment, federal law still classifies cannabis as an illegal, Schedule 1 drug. This classification is based on the notion that there is no accepted medical use for cannabis and a high potential for abuse.

But with research establishing a variety of medical uses for cannabis— most recently, childhood epilepsy—and many Americans in favor of legalizing pot, 33 states and the District of Columbia have now legalized medical marijuana, and 10 states and Washington, D.C., have legalized it for recreational use. These states include Alaska, California, Colorado, Maine, Massachusetts, Michigan, Nevada, Oregon, Vermont and Washington.

Michigan residents voted for legalizing cannabis for recreational use in November, and the New Jersey Legislature is on the verge of legalizing it, notes Matthew Karnes, a CPA and founder of Greenwave Advisors, a New York-based cannabis research and advisory firm. Karnes suggest that other states will soon follow this precedent.

“States don’t want to lose out on the opportunity to generate tax revenue (provided by legal pot),” he notes, adding that Connecticut has a bill pending that calls for legalizing cannabis for recreational use, and the same measure is under discussion in New York and Pennsylvania. New Jersey recently expanded the number of medical marijuana licenses from six to 12, “opening the door for segue into the recreational market,” according to Karnes.

Attorney Jack Fersko, a partner at the law firm who co-chairs the real estate department and heads the cannabis practice group, predicts that the New Jersey Legislature will legalize recreational marijuana by the second quarter of 2019. The state’s Senate and Assembly committees have recommended approval of a bill to legalize recreational marijuana and expand the medical marijuana program, but it is still awaiting a vote by the full legislature.

Fersko expects the federal government to eventually legalize the drug, as more than 60 percent of Americans are in favor of legalization.  However, it may be a couple of years before this comes to fruition, in his view.

Democrats a have already introduced legislation to legalize cannabis, the Marijuana Justice Act, in both the House and Senate. Additionally, former Speaker of the House John Boehner, a Republican with connections in Congress who is now on the board of cannabis industry investment firm Acreage Holdings, is a strong proponent of legalization, Fersko says.

Fersko notes that New Jersey’s medical marijuana industry is currently vertically integrated, which means that licensees are required to grow, process and dispense their own product. When recreational use is legalized, however, it will go horizontal, with separate licenses for growing, processing, wholesaling and dispensing cannabis.

Meanwhile, one of the industry’s biggest challenges is lack of financial support from federally insured banks, which cannot lend money to cannabis businesses, nor provide their customers access to credit or debit card transactions.

As a result, there has been discussion about using blockchain technology and cryptocurrency, like bitcoin, to fill the financial gap. Blockchain has potential, in Karnes’ view, in but not cryptocurrency. Blockchain is a digital ledger of economic transaction data validated by an entire network of computers, which can be programmed to record financial transactions and virtually everything of value. But cryptocurrency has limited transparency, he says, noting that the origin of the transaction is generally unknown, with no traceable trail.

While medical marijuana operations presently exist in only a limited number of New Jersey municipalities, a number of municipalities have enacted ordinances or resolutions banning marijuana facilities. However, Fersko says more cities would jump into the market once the drug is legal recreationally in order to secure a share of the tax revenue.

In preparation for legalization, Fersko suggests that investors begin identifying properties suitable for cannabis operations now. “Once recreational use is legalized, owners can get a premium for these assets,” he says, noting that this is especially true for industrial assets, as vacancy in the New Jersey industrial market is already tight due to growth in e-commerce operations.

Following New Jersey Governor Phil Murphy’s announcement that recreational cannabis would be legal within his first 100 days in office, there was a rush by investors to identify cannabis-appropriate industrial properties, notes Fersko, resulting in a client offering to pay $300,000 above asking price for one asset.

Obsolete class-B and -C industrial and office buildings in less desirable locations will be a good fit for cannabis operations, he says. He adds, however, a long list of things to consider when selecting an asset, including issues around title, insurance, ventilation systems, power requirements and the extensive security required for marijuana operations.

Citing the “land grab” for real estate in California after voters approved recreational cannabis as an example of what is likely to happen in New Jersey, Richard Acosta, CEO and managing partner of Beverly Hills, Calif.-based Inception Real Estate Investment Trust (I-REIT), notes that recreational cannabis legalization would have a significant impact on the New Jersey real estate market due to already high property values and the anticipated size of the cannabis end-user market.

Funded with capital from family office and high-net-worth individuals, I-REIT is a new funding platform focused on providing real estate debt and equity capital to the cannabis industry. It acts as a lender to operators and value-add real estate investors and acquires stabilized operator properties for lease back. Acosta notes that rents paid by cannabis operators are generally two to three times higher as those paid by tenants in other industries.

I-REIT is currently only invested in California and Arizona cannabis operations, but has plans to expand nationwide, which is why Acosta is keeping a close eye on what’s happening elsewhere.

There is some speculation on city zoning for cannabis across New Jersey, but investors are waiting to see which areas will get zoned before acquiring assets, he says. “Those owners in the right zoning areas of New Jersey will make a lot of money overnight,” Acosta notes.

Municipalities in Michigan have already released cannabis zoning maps, and investors are currently buying up warehouses, even though final regulatory details are still being worked out, he adds.

When it comes to cannabis regulation, Acosta notes each state is like a separate country, with different rules, regulations and tax structures, and there is no cross-border trade. States that are just in the process of legalizing the cannabis industry are learning lessons from early adopters. Unlike Washington, Oregon and California, which offer unlimited cultivation licensing, states recently approving or on the verge of approving recreational marijuana are limiting the number of licenses issued. Unlimited grower licensing resulted in product oversupply in Washington and Oregon, a dramatic drop in prices and many failed businesses.

California’s recreational cannabis industry is still young, but is headed down a similar path with increasing production, according to Acosta. He suggests there are still lots of opportunities for investors who know how to assess local licensing and understand regulations and operational and industry risk.

Real estate investors are already beginning to take advantage of opportunities provided by distressed or failing cannabis operations in California due to an inability to comply with new state health and safety standards, ongoing challenges with banking and the slow roll-out of municipal regulations in cities, including Los Angeles.

Acosta notes that testing labs are currently a hot investment opportunity due to a severe shortage of testing facilities. This is the result of the state’s new mandatory testing of pot for potency, pesticides and impurities.  No untested cannabis products can be sold legally.