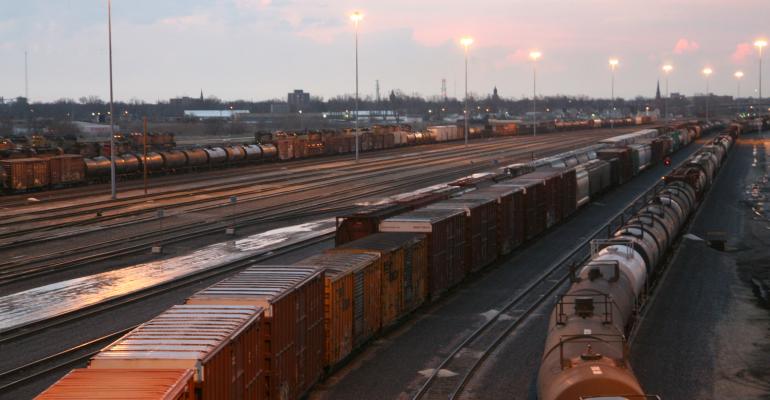 Supply chain experts agree that the massive, long-awaited Panama Canal expansion opening in late June, while interesting, is not likely to impact industrial activity in the short-term. However, the often-forgotten U.S. inland ports have been quietly tearing up records for expansion and growing at nearly twice the national rate for industrial properties.

Inland ports have been the fastest growing markets for industrial demand, says Dwight Hotchkiss, national director of industrial for real estate services firm Colliers. About half of the 77 million sq. ft. of industrial space absorbed in the second quarter was located in the inland port markets, and the average asking rent for distribution facilities in these markets is at an all-time high of $5.66 per sq. ft., he says.

“The inland ports are not as sexy as the seaports, and don’t get the same attention, but they’re also growing at a fast rate. Retailers need the inland ports to help satisfy the massive ecommerce demand today,” Hotchkiss notes.

An inland port is comprised of two main criteria, according to a recent CBRE study: Direct connection to a major seaport via Class I rail, and major transportation infrastructure, in the form of rail (usually), interstate highway or inland waterway. Many markets considered inland ports also have access to large population centers within 300 miles, a strong industrial inventory, large labor pools and economic development policies such as Free Trade Zones and tax incentives.

The top five inland ports in the country in terms of industrial size include Dallas/Ft. Worth, Atlanta, Houston and the Inland Empire, according to David Egan, Americas head of industrial research for CBRE, but Chicago dwarfs them all at more than 1.2 billion sq. ft. The Chicago area is the largest point of origin for rail-to-truck intermodal shipments in the U.S., and almost half of all shipments flow through the market. That amount of activity doesn’t get the same attention as East or West Coast ports, Egan notes, but an inland port like Chicago is significantly important to the nation’s supply chain.

“Seaports are a distinct place, whereas an inland port like Chicago is more of an idea, a collection of places,” he says. “But I think how we think of goods moving through the country has changed, from paying attention to the point of entry to now looking at the supply chain as a whole. Everything is competing with e-commerce, down to the kind of bread you buy on the shelf of the Whole Foods store. The way inventory is carried to all these large population centers is typically through the middle of the country.”

The Chicago port boasts a total of 18 intermodal, train-to-truck terminals, moving enough freight to rank it the second largest port behind Los Angeles/Long Beach. Much of the freight flows through the country’s largest intermodal terminal, the CenterPoint Intermodal Center, located on 6,500 acres at the intersection of interstates 80 and 55 in Elwood and Joliet, Ill. The property includes 15 million sq. ft. of distribution space, and has absorbed one million sq. ft. on average annually since it opened in 2002. The market is also supported by five other interstate highways, six Class I railroads, O’Hare International Airport and multiple water terminals serving the Great Lakes and Illinois waterways.

Just in Chicago, inbound truck and rail shipments are projected to grow by more than 50 percent in the next 24 years, Egan says, and outbound rail shipments are expected to increase by almost 150 percent. The top 12 inland ports are already growing fast, expanding their base of industrial properties by 2.7 percent in the first quarter and outpacing the national average growth rate of 1.6 percent. The Inland Empire has grown by 4.3 percent since last year, and Atlanta and Dallas/Ft. Worth increased in size by 3.6 percent.

“It’s absolutely astonishing, the amount of space being leased in the inland port markets,” Egan notes. “We would expect by now, seven years after the recession, to start seeing some drop-off, but we don’t see any reason that growth with slow down. With the rapid growth of e-commerce, I don’t see that we’re even near the finish line. I’d say we’re just a couple steps from the starting line.”