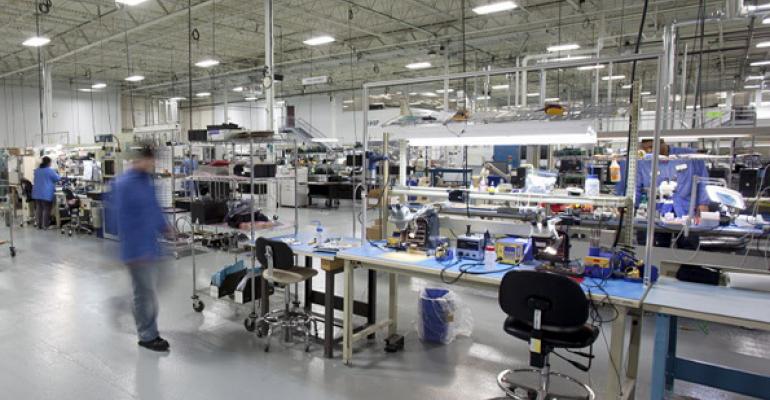 Companies that rely on industrial space, including those in manufacturing, high-tech and third-party logistics sectors, had a record year for merger and acquisition activity in 2015. That volume is expected to stay high this year, creating opportunity for owners and investors of industrial real estate.

Total M&A deal volume in the industrial manufacturing sector increased by 10 percent in 2015 compared to the prior year, and was at the highest level in 10 years, according to a fourth quarter report from consulting firm PwC. The fourth quarter had the most activity than ever before, with a total announced transaction volume of $1.3 trillion, according to a recent study from commercial real estate services firm JLL. High-tech manufacturers are averaging about one merger per day, according to the study.

The largest megadeal announced in 2015 was Danaher Corp.’s announced acquisition of Pall Corp., valued at $13.7 billion, according to Bobby Bono, a leader for the U.S. industrial manufacturing sector at PwC. Danaher hopes to strengthen its life sciences position in the pharmaceutical market and spinoff its industrial business segment into its own entity that would generate roughly $6 billion in annual revenue, Bono says. However, he notes that megadeals in the billions of dollars were down by 42 percent compared to 2014.

“The decline in megadeal volume for the sector might suggest that companies are targeting acquisitions that require less financial risk and can be integrated at a much quicker pace,” he says. “The increase in deal volume for the year points to the fact that companies are still searching for opportunities to offset depressed organic growth through portfolio expansion into high growth markets and divesting non-core businesses.”

The industrial real estate sector can capitalize on the high M&A activity, in part because the real estate impact from these mergers is not typically a top consideration during negotiations and is at times overlooked completely until the deal is done, according to Greg Matter.

“One of the biggest drivers of a merger deal today is talent, and they’re less interested in the operating footprint of the company,” he says. “What seems like such common sense to us in the property business is often not thought about until after the deal is completed—which is unfortunate, because there’s a lot of value to be found in these assets today.”

Matter says the pressures of the economy have created the current flurry of potential deals, including the $130 billion merger of Dow Chemical Co. and DuPont and the $16 billion Newell Rubbermaid-Jarden Corp. merger. Companies that face dwindling sales and have already pared down operations to the bone, or firms that need to expand R&D and distribution channels, can find growth and revenue generation in a merger. Also, there’s an abundance of available financing, corporate debt and private equity capital, he notes.

Savvy industrial property owners and investors can win business that will come from the mergers by helping firms understand the compatibility and inherent value of their real estate footprints early on in the due diligence phase, and determine the potential operational cost savings for the merged portfolios, Matter notes. This would involve placing real estate executives on the initial deal team, identifying redundancy risks and markets where dispositions might be called for, and then acting quickly on integration.

“For example, take the Newell/Jarden deal. You’re likely to see a number of new distribution facilities that will be needed as the new company looks to consolidate. Investors should look at this as an opportunity to buy vacant assets for repositioning in those markets, as well as being cognizant of the possibility of vacancy on the horizon in their portfolios if they already lease to these firms,” Matter says.

The strong deal activity is likely to continue in 2016, according to both Matter and Bono, as companies continue to search for growth opportunities to supplement limited organic growth projections. Lower company valuations within the manufacturing sector are attracting both financial and strategic buyers, as purchase prices become more attractive, Bono says.

Many companies will continue to be proactive in M&A activity to stay ahead of activist investors demanding them to pursue projects to deliver faster and higher returns to shareholders,” he says.