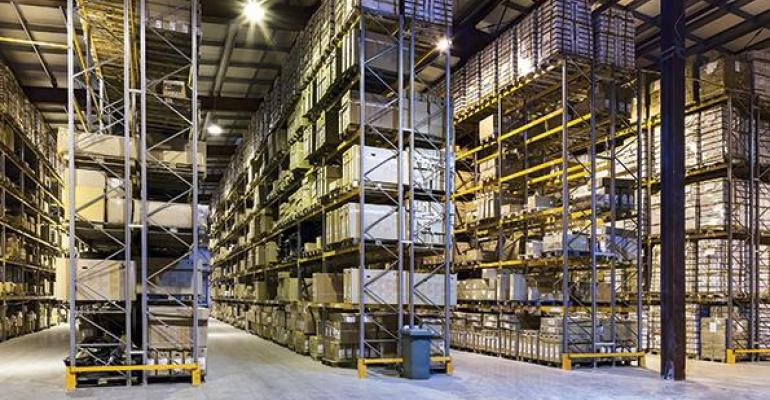 Though it could win the Most Improved Real Estate Sector award, the U.S. industrial sector hasn’t yet hit the seventh-inning stretch in this market cycle, according to industry experts. Investors both foreign and domestic flocked to the property type in 2015, and fundamentals and speculative development improved to pre-recession levels in the fourth quarter.

The industrial sector’s popularity rose to tie with multifamily for the most desired U.S. property type by foreign investors last year, according to a fourth quarter survey by the Washington, D.C.-based Association of Foreign Investors in Real Estate (AFIRE). Also in the fourth quarter, the national industrial availability rate had dropped to 9.4 percent, reported commercial real estate services firm CBRE. Availability for the industrial sector has been falling for 23 consecutive quarters, the longest stretch since the company began tracking the national market in 1989. 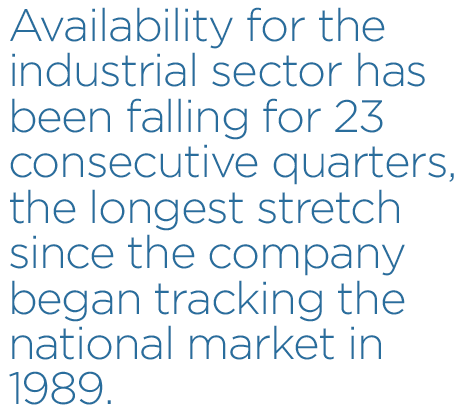 Speculative construction hit pre-recession levels, and almost half of the 130 million sq. ft. now underway is pre-leased, according to a fourth quarter report from real estate services firm Avison Young. John Morris, logistics and industrial services lead for the Americas at real estate services firm Cushman & Wakefield, says the amount of speculative space in the pipeline is alarming, though construction had been considerably constrained in the years after the recession. There are two ways to look at the current market, he notes, depending on personal preference for optimism or caution.

“Yes, we are seeing yellow flags in the market, and I think what’s driving that concern is that people are thinking that this expansion cycle may be getting long in the tooth,” Morris says. “There are indicators we look for, such as the massive increase in foreign capital coming into the market. You’ve also got a large amount of class-B property that we’re seeing out there for sale. Historically, that’s an early sign of a correction as sellers try to take gains in advance of uncertainty.”

Every day brings new announcements of more speculative projects. On Tuesday, Chicago-based Brennan Investment Group announced it had purchased 112 acres in Lakeland, Fla. to build the 1.2-million-sq.-ft. CenterState Logistics Park, a two-building spec development. Panattoni Development Co. reportedly plans to build about 2.3 million sq. ft. of speculative industrial space in the Chicago area, including a building near O’Hare International Airport and a three-building complex on 76 acres in Romeoville, Ill.

The shift toward online shopping has led demand for this growth in speculative construction, with e-commerce firms taking large spaces and looking to establish smaller infill locations around major population centers. Infill development is underway in mature markets such as Chicago, but land constraints in the country’s major metropolitan areas will likely keep such projects in check this year, according to Margaret Donkerbrook, vice president of U.S. research for Avison Young. Another growth area includes logistic corridors, as increased traffic will likely flow through the ports as the Panama Canal expansion nears completion.

“Companies are seeking to shorten the supply chain and deliver goods more quickly,” Donkerbrook noted in her fourth quarter report. “As with retail, speed to delivery is key. Supply-chain logistics are triggering a rise in warehouse development and the construction of intermodal facilities and inland ports that are designed to handle containerized transfers.”

A positive way to view the market and the factor that makes him comfortable are the current property fundamentals, according to Morris. In the fourth quarter, the national vacancy rate average 6.3 percent, down from 6.8 percent a year ago, and rental rates were rising back to pre-recession levels. “If you want to think about it like a nine-inning ballgame, I think we’re still somewhere in the fourth or fifth inning,” Morris says.