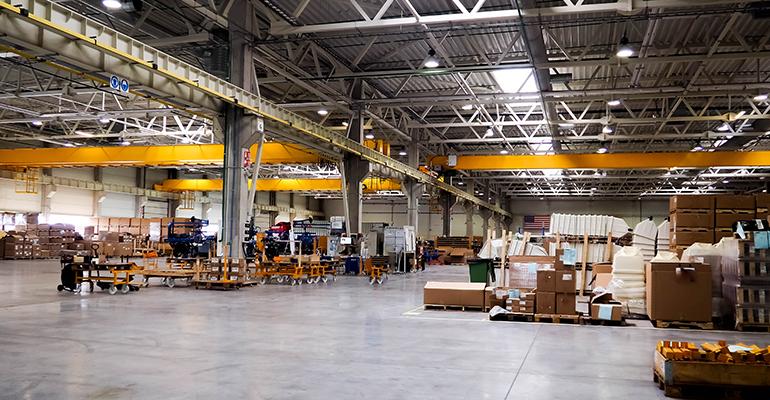 “Investors look at the fundamentals and can get comfortable with the high prices due to rent growth potential,” says Jack Fraker, vice chairman and managing director of CBRE’s global industrial and logistics practice.

A total of 56.8 million sq. ft. of industrial space was absorbed nationally in the first quarter of 2018, causing industrial vacancy rate to drop to a record low of 4.7 percent nationally, according to a capital markets report from Cushman & Wakefield. In more supply-constrained coastal markets, including Southern California and New Jersey, vacancy is hovering around 1.0—2.0 percent or lower.

“Investors look at the fundamentals and can get comfortable with the high prices due to rent growth potential,” says Jack Fraker, vice chairman and managing director of CBRE’s global industrial and logistics practice. Fraker points out that when rents are growing at 5.0 to 10.0 percent annually, “it quickly makes up for the low yields the first year.” According to the Cushman & Wakefield report, asking rents were up 5.8 percent in the first quarter.

“A market find, from an investor’s perspective, is an asset with a ‘vintage lease,’ one executed between 2009 and 2015, with near-term rollover, says Fraker. “This is because the tenant rents are way below market, which provides an opportunity to mark rents to market.” Fraker notes that today, there is a 90 percent probability that tenants will stay in place because they have nowhere else to go.

Activity is happening everywhere, even in markets that have not typically been as strong, because the fundamentals are so good—strong rent growth, low vacancy and a healthy amount of new construction, according to John Huguenard, international director of industrial capital markets with real estate services firm JLL.

Industrial deals led growth in capital markets in the first quarter, with a 36 percent increase in transaction volume year-over-year, notes the Cushman & Wakefield report. A total of $15.9 billion in industrial transactions were recorded during the quarter, representing 20.8 percent growth in year-to-date sales, according to a JLL Q1 2018 Investment report.

Glagola notes there are far more investors looking for deals than assets available. Fraker says that this is the first time in his 30-year career that industria/logistics real estate is the most popular asset class, noting that CIOs at pension funds like industrial real estate because it provides the most reliable, predictable returns of any asset class and requires the least capital outlay for tenant improvements.

All three experts believe the industrial/logistics market still has a lot of runway, predicting that this asset class will remain strong for the next 18 to 24 months, before beginning to slow. In fact, Huguenard says, “Industrial is just now hitting its stride, and landlords seeing exceptional rent growth because it’s not overbuilt.”

Editor's note: The original version of this article referred to a $2-billion-plus industrial portfolio acquisition completed by Singapore-based firm Mapletree Investments. That reference was incorrect and has been taken out.
TAGS: Finance & Investment News
0 comments
Hide comments
Related
Sponsored