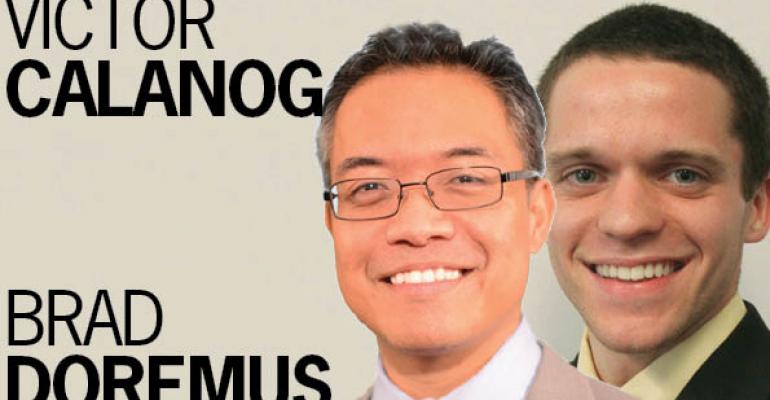 Low Energy Prices’ Impact on CRE May Be Negligible

In early February, crude oil prices hit a 52-week low around $44 per barrel, capping off a staggering decline from a 52-week high of about $100 in mid-2014. While prices had bounced back somewhat to $50 as of mid-February, the massive decline in oil prices has already begun to reverberate throughout the economy. The decline will have different effects for various firms, industries, regions and, in the case of commercial real estate, property types.

Not surprisingly, the decline in the price of oil will have a negative impact on energy-oriented economies around the country. However, this will only slow growth in major metro areas, not drive them into recession. Texas is the state that will be most directly impacted by this. Other states that will be hit, but to a lesser extent, are North Dakota, Oklahoma, Colorado, New Mexico, Wyoming and, if oil prices remain depressed for a while, West Virginia (because of the price substitution effect between natural gas and coal). The areas in Texas that are under the most direct threat are smaller, less diverse metro economies such as Midland and Odessa. Among larger metros, Houston and, to a lesser extent, Fort Worth will be impacted because of the relatively high concentration of exploration jobs in those metros. Even though the oil price decline will mostly hit the exploration industry, there are also many professional services firms in the area that rely on business from the energy industry. As a result of both direct and indirect effects, Reis has revised its forecasts downward for these energy-oriented metros, though mainly in the office and industrial sectors.

On the bright side, the larger Texas metros are not as dependent on the energy sector as they once were, such as during the 1980s oil price decline, so they are better positioned to weather the downturn. In Houston, a greater presence from healthcare, research and professional services firms will help keep the metro’s economy growing. Moreover, the state benefits from very positive demographic trends. Strong population growth will continue to support household formation and the demand for apartments. As such, low energy prices have had little effect on our multifamily outlook for Houston, though we are not saying that the metro’s market will continue to do incredibly well. We are already calling for increasing vacancies and a moderation in rent growth through 2019 due to new development and the maturation of the multifamily cycle.

Office and industrial properties in major energy metros are more likely to be directly impacted by oil price declines and the subsequent layoffs in the energy sector. Energy companies and supporting professional service firms are major users of both office and industrial space in the metros and attached to a significant number of projects in the development pipeline. With major energy firms like Schlumberger and Halliburton already announcing layoffs, many planned expansions may potentially be delayed or cancelled, depressing demand for commercial space.

However, the key is that for more established companies, the break-even point for oil is far lower for fracking wells ($35 to $45 per barrel) than the new, highly-levered entrants that bought/leased land when energy prices were far higher ($75 to $85 per barrel). The newer, highly-leveraged firms are the ones that may go out of business. The bigger, monolithic firms will lay some people off, but this will mostly be confined to exploration. Still, our office and industrial projections for Houston have been reduced to account for the decline in demand.

For most other metros, a steep decline in oil prices will be a boon for consumers and businesses alike, effectively acting as a tax break. This will lead to a rise in disposable incomes for consumers and a decline in costs for firms. Retailers should benefit directly when more money remains in the hands of shoppers and leads to higher sales. This process is already underway; fourth quarter GDP figures indicated personal consumption grew at its highest rate in years, bolstered by the decline in oil prices.

The regions of the country poised to benefit most from the decline in oil prices are those that have underperformed since the beginning of the recovery, namely the Northeast and Midwest. Both regions have very little exposure to the oil industry compared to the South and West and stand to reap the benefits of falling oil prices without bearing the brunt of negative effects. Since energy costs are generally higher in the Northeast and Midwest, declining oil prices will have a greater positive effect than elsewhere. Moreover, the reliance on industrial production in the Midwest leaves the region susceptible to fluctuations of oil prices given their use as an input in the manufacturing process. Auto manufacturers, stalwarts of the Midwestern manufacturing industry, gain two-fold from a decline in oil prices. Input costs decrease, boosting profits, and lower gasoline prices make buying a car more attractive.

However, we must be careful not to overstate the effect a decline in oil prices may have on the commercial real estate market. It is not a given that prices will remain depressed for an extended period. There has already been a bit of a bounce back in the past couple weeks and even the IEA is expecting prices to rebound as oil producers cut back on production in response to low prices. Also, as we have noted, the major energy metro, Houston, has diversified its economic base significantly over the past couple of decades.

Moreover, the consequences of lower energy prices will mostly be felt by office and industrial properties. Any effect on the multifamily and retail sectors will be felt indirectly, but we believe neither will feel any significant downward pressure on fundamentals. As such, our forecasts in Houston for these two property types have not changed much due to the decline in oil prices. Note that we are not saying that real estate fundamentals will continue to improve indefinitely for Houston multifamily: for a variety of reasons unrelated to low energy prices, we have already been forecasting a rise in vacancies and a moderation in rent growth over the next five years. However, to claim that the impact of low energy prices will be substantive, changing our current view of the trajectory of fundamentals in a significant way, is an exaggeration.