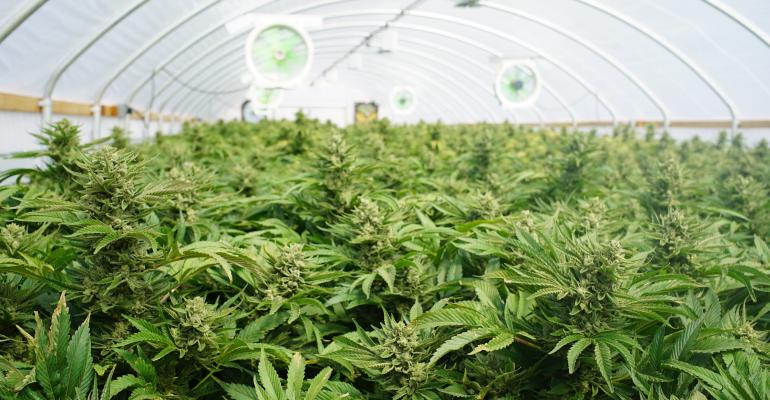 Marijuana-Related Real Estate Might Pay Off for HNW Investors. But at What Risk?

HNW investors and family offices eager to capitalize on 21st century interest in properties serving the industry for legalized marijuana might want to “Go east.”

In 19th century America, pioneers were urged to “Go west” to seize opportunities arising from the country’s westward expansion. But high-net-worth (HNW) investors and family offices eager to capitalize on 21st century interest in properties serving the industry for legalized marijuana might want to “Go east.”

Executives involved in the burgeoning industry surrounding legalized marijuana say today’s property gold rush isn’t taking place in states like California and Colorado where marijuana laws are already in effect. Instead, they say, it’s taking off in states like Michigan and New Jersey that are poised to legalize recreational marijuana.

In all, nine states and Washington, D.C. currently allow the use of recreational marijuana, although Maine’s law has been stalled. But those states shouldn’t be the main focus of HNW investors or family offices pondering purchases of marijuana-related real estate, experts say, because investors likely already scooped up many of the most desirable properties.

Rather, a state like Michigan or New Jersey that’s on the brink of legalization should be a target for investors in pot-related real estate, they note.

“The early bird gets the worm with this stuff. Now is the time to get involved,” says Troy Dayton, CEO of San Francisco-based The Arcview Group, an investment and research firm specializing in the marijuana industry.

Mark Scarola, chief operating officer of Murrieta, Calif.-based GreenZone Properties LLC, a real estate developer and fund manager that focuses on the marijuana industry, offers a cautionary note, though. In many markets, particularly where legalization is pending, investing in marijuana-related properties remains “kind of a gamble,” he says.

To minimize the risks, Scarola and his GreenZone colleagues are closely monitoring legislative developments surrounding marijuana in states including Michigan and New Jersey. That way, he says, they can better adhere to a “buy low, sell high” strategy.

Warehouses are the most prominent asset type for real estate investors plunging into the marijuana industry, but retail shops, greenhouses and cropland also should be on their radar, Dayton says. A report recently released by Denver-based Integra Realty Resources Inc. predicts demand for industrial facilities and other marijuana-related properties will continue to gather momentum in the years ahead and will likely “exceed what most real estate industry veterans projected even a few short years ago.” Integra cites one forecast showing the legal marijuana industry (recreational and medical) will surpass $50 billion by 2022.

In the industrial sector alone, marijuana-related investments can pay hefty dividends. Research published in 2017 by real estate services firm CBRE found that among 25 leases signed between 2014 and 2016, the effective rental rates for marijuana-growing facilities were two to three times above the average warehouse rental rates in the Denver metro area’s top four submarkets for marijuana cultivation.

Landlords can charge steep rents for marijuana businesses in part because the tenants typically aren’t able to buy property on their own, according to Dayton. Why? Under federal law, banks are handcuffed in their ability to lend money to marijuana businesses.

However, CBRE’s research indicates that while the Denver area’s market for industrial space to support marijuana operations is by no means dormant, it has stabilized after a red-hot run-up in late 2015 and early 2016.

Still, there’s money to be made in marijuana-related real estate in Colorado and other states. Yet as attractive as the yields from marijuana-related properties can be, investing in them does come with unique challenges.

For instance, since marijuana is a highly regulated, highly zoned industry, figuring out the narrow opportunities for buying real estate is “painstaking,” Dayton says.

Furthermore, buying marijuana-related real estate is “fraught with risk,” as much of the success of a property relies on a tenant that may be an industry newbie, Dayton notes. In that regard, such properties can be trickier to profit from than assets in traditional sectors like multifamily and office. The marijuana business “is not for the faint of heart,” he adds.

“There’s a gold rush mentality prompting people to hurriedly invest in cannabis stocks, partner with cannabis companies, accept employment opportunities and otherwise get in the game and stake their claim as the so-called ‘Wild West of Weed’ unfolds,” Venegas says.

For the reasons laid out by Dayton, some HNW investors and family offices are skittish about entering the industry. But those aren’t the only reasons for trepidation.

Steffi Claiden, publisher of Ultrainvestor.com and a veteran of the family office industry, says family offices (and, to a lesser extent, HNW individuals) are generally apprehensive about investing in marijuana-related real estate, although she has heard of a few families in California, Florida and Illinois exploring that territory. Such investments are particularly concerning to family offices because although some states have authorized the production and sale of marijuana, federal law still bans it.

In addition, some baby boomers are leery of investing in a sector that they’ve long associated with illegal activity. Generation X and millennial investors are more open to acquiring marijuana-related properties, Claiden adds.

“Once it’s legal at the federal level, you will see a lot more family offices jump in. The family offices who grasp the value of those investment areas will be the first to invest in cannabis,” she says.

Although HNW investors and family offices might be uneasy about the marijuana industry, Dayton stresses that owning a marijuana-related property carries intrinsic value while potentially keeping a landlord at somewhat of a distance from legal trouble.

“If you’re not the tenant, there’s an argument to be made that you’re not violating federal law, because you’re simply the property owner,” Dayton says. “It’s a way for people to extract value out of the marijuana marketplace without being a heavily regulated business that more directly violates the federal law.”