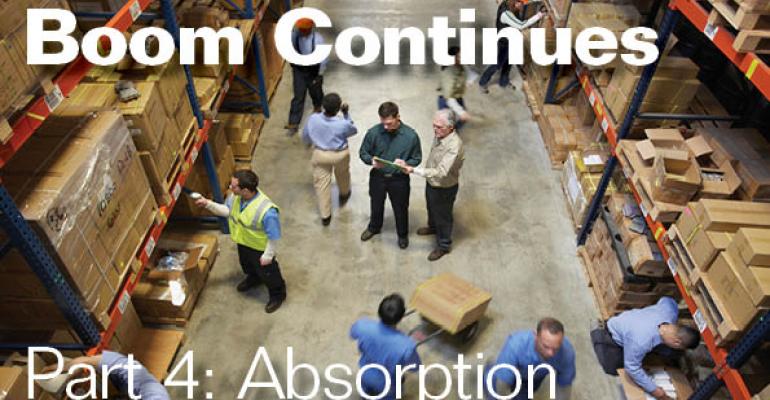 The sentiments match recent reports on market activity. Both net absorption and construction trended upward in the fourth quarter of 2014, either nearing or surpassing post-recession highs, according to real estate research firm Reis Inc. Net absorption totaled 25.8 million sq. ft. during the most recent quarter in the 47 markets Reis tracks, the highest level the firm has measured since the fourth quarter of 2012. That brought the annual tally for the sector to 87.5 million sq. ft. in those markets, the highest annual total since the Great Recession.

CoStar Group, meanwhile, estimates net absorption totaled 81.0 million sq. ft. in the fourth quarter in the markets it tracks. That has resulted in the national vacancy rate falling to 7.2 percent. The vacancy rate stood at 7.8 percent at the end of the first quarter.

In the Bay Area, Newmark Cornish & Carey’s Kapp doesn’t see much room for improvement. “In some submarkets it’s gotten so low, the vacancy rate can’t decrease further,” Kapp says. “For the whole market, we’re at a 6.5 percent vacancy rate. But within some cities, it’s down [to] as low as 2 percent. ... We’re at a point where we can’t get a whole lot lower.”

In the Dallas/Ft. Worth region, meanwhile, Colliers’ Gump thinks demand is so strong that even with the large amount of space under development, vacancy rates should remain stable.

“Even with the amount of building we’ve got, we’re at historically low vacancy rates,” he says. “It would seem to me that we can continue building at this pace for some period of time because it doesn’t seem to be moving the register with regards to vacancy.”

According to Reis, the national vacancy rate stood at 11.2 percent at the end of the fourth quarter of 2014. It has declined by 300 basis points since its cyclical peak in the third quarter of 2010.

“There is still a good deal of room for further vacancy compression, but the pace of decline is unlikely to pick up in the near future, given the amount [of] new construction expected to come on-line,” Bradley Doremus, associate with Reis, wrote in the firm’s most recent report on the sector.

A major driver for activity in the sector remains demand for large, modern distribution centers. “E-commerce-only firms like Amazon are not the only ones gobbling up space,” Doremus wrote. “Traditional retailers like Wal-mart and Target are signing huge leases across the country as they continue to spend billions to build out their omni-channel retail operations. ...  This is a trend that does not look to be abating anytime soon.”

Next Part 5 of 6: Outlook for Rents