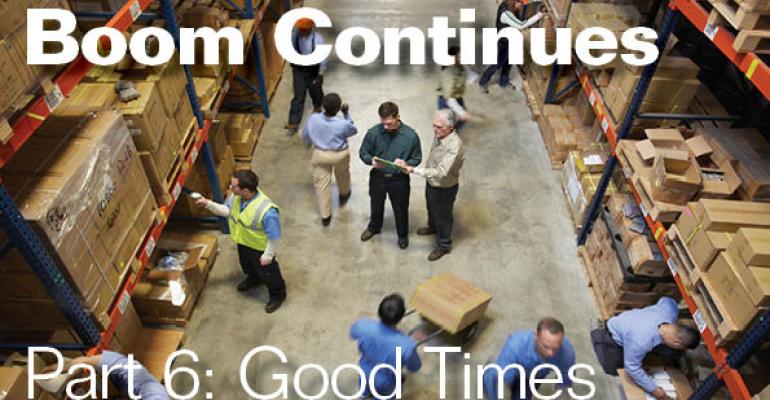 What it all adds up to is more salad days for the sector. While some may be worried about the market becoming a little frothy, most observers think those dangers remain far in the distance.

Gump concurs. “We’re at a high-water mark, but that’s not to say that it’s not going to continue,” he says. “I don’t think we’re at the point [where] we’re crossing over a line.”

The 2015 digital research report on the industrial real estate sector was completed via online surveys distributed to readers of National Real Estate Investor and members of the Society of Industrial and Office Realtors in February and March. The survey yielded 215 responses. Recipients were asked what regions they operated in (and were allowed to select multiple regions. Overall, 38 percent said they operated in the South, followed by the West (34 percent), East (32 percent) and Midwest (29 percent). Approximately half of respondents are investors and developers and about 45 percent are brokers.