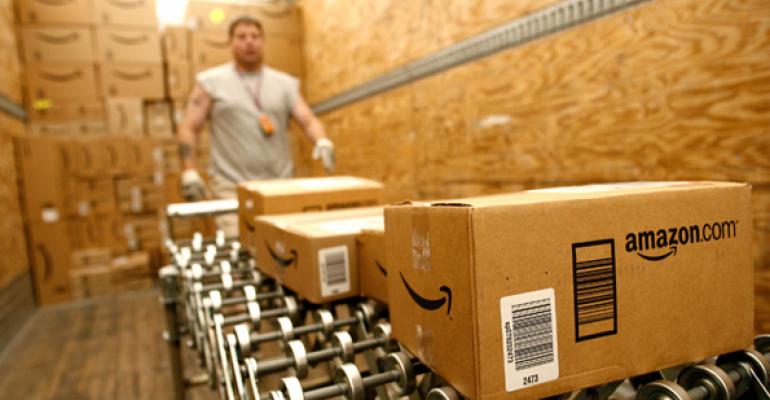 Fundamentals for warehouse space have improved steadily over the past five years. The availability rate for industrial properties declined to 9.6 percent nationally in the third quarter, according to a report from commercial real estate services firm CBRE. Net demand for industrial space is on pace to exceed 200 million sq. ft. this year, and the vacancy rate dropped to 7.3 percent, almost a full percentage point down from the third quarter of 2014, according to report from Cushman & Wakefield. Demand for class-A logistics product will continue to fuel the rapid increase in construction through the rest of the year and into 2016, the Cushman report predicts.

Dwight Hotchkiss, president of brokerage services and the national director of industrial with real estate services firm Colliers, says warehouse demand from retailers has been one of the top reasons for the improved industrial picture. Increased online purchasing, driven by rising smartphone and tablet use, has corresponded with retailer demand for more distribution center space.

However, in the years immediately following the recession, retailers trying desperately to follow Amazon’s example engaged in a jumble of distribution center activity. Same-day delivery of products became the goal, but many companies weren’t sure how to achieve it, or whether they had the capital to invest in the infrastructure necessary to get products out that quickly. Omni-channeling entered the retail and industrial lexicon, as retail chains tried various storage use combinations to get products to customers.

Today, two strategies have emerged, Hotchkiss says: A focus on expanding the “first mile” of distribution, such as building massive distribution centers with advanced robotics and RFID technology, to the “last mile,” where e-commerce retailers are leasing up older or smaller warehouses near urban centers to shorten delivery routes.

“We have an expectation in this digital age of more instantaneous delivery,” he says. “A lot more people today are shopping this way. It takes away from the brick-and-mortar storefront and makes more demands on the warehouse space.”

For the first mile, according to a recent Colliers report, the growth of e-commerce and the corresponding requirements to install more sophisticated technology, such as automated picking and sortation systems, resulted in a noticeable trend that the size of the total floor area is getting larger. Whereas 1-million-sq.-ft. warehouses were a passing fad at the turn of the century, now large distribution centers are becoming the norm, with many built to accommodate further expansion and higher ceilings. Examples include the Skechers National DC in Moreno Valley, Calif., a $250 million warehouse that is a half-mile long and is capable of sorting 21,000 boxes of goods per hour,  and the 24-story-high Interlink facility in Hong Kong.

The last mile has become just as important, Hotchkiss says, but is also the least efficient. Industrial properties in urban areas are more prone to be exposed to traffic problems, low-load factors, expensive courier services and dealing with product returns. Amazon has led the way with its delivery service in 16 major U.S. cities that can be as short as one hour from ordering, Hotchkiss says. Amazon’s Prime Now properties are smaller, ranging from 50,000 sq. ft. to 75,000 sq. ft., and offer about 25,000 products. Hotchkiss notes other companies are working to adopt this smaller footprint model to fulfill same-day delivery dreams.

“The convergence of retail and industrial is having an impact in a very positive way for industrial developers and retailers,” he says. “It will be interesting to see what future technology will do in terms of mega distribution centers and the urbanization of warehousing for quicker delivery. It’s an exciting time in industrial right now.”