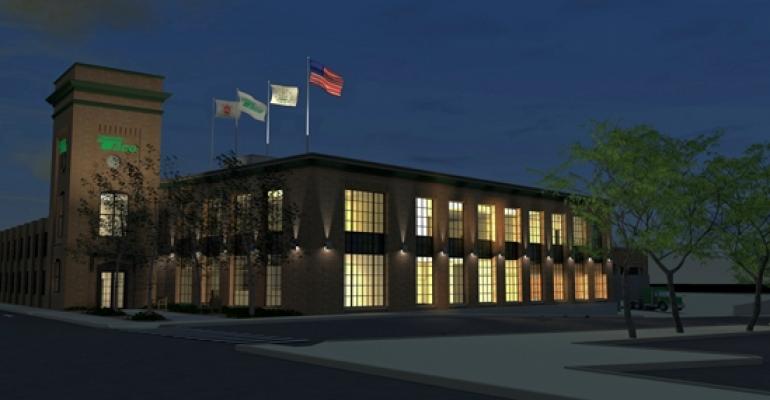 Shawmut Design and Construction has broken ground on an $18 million expansion and renovation project at Taco’s manufacturing headquarters in Cranston, R.I. Designed by architectural firm Baker Design Group of Boston, Taco’s state-of-the-art Innovation & Development Center will consist of a 24,037 sq. ft., two-story building that is connected to the company’s main headquarters. Shawmut also will conduct an extensive renovation to 24,000 sq. ft. of Taco’s existing headquarters.

Taco develops and manufactures hydronic-based components for use in heating and cooling applications across the building spectrum — residential, commercial, industrial and institutional.

“Shawmut is proud to play an integral role in this project, which will have a profound impact on manufacturing in Rhode Island,” says Ron Simoneau, vice president of Providence, R.I.-based Shawmut Design and Construction. “The Innovation & Development Center represents Taco’s commitment to Rhode Island and its workers.”

Shawmut Design and Construction will also perform an extensive, floor-to-ceiling renovation to 24,000 sq. ft. of Taco’s existing headquarters, which will include new offices, meeting rooms, and work stations which will be illuminated by a combination of natural light and energy efficient lighting.

Other environmentally friendly design elements will be included, and when completed, the project is expected to be LEED-certified.

A ceremonial groundbreaking was held on Friday, June 3, and construction began on Monday, June 6. The project, which will employ Shawmut’s design-build approach, will be performed in five phases and is slated for completion in the fall of 2012.