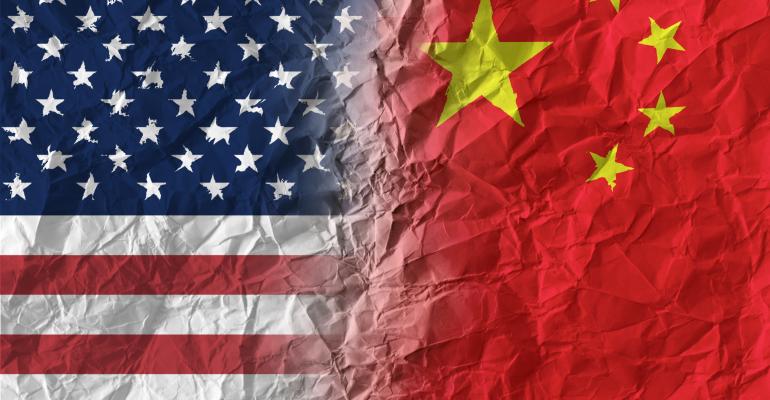 A 90-day truce in the U.S.-China trade war has created uncertainty that has thrown logistics firms and industrial real estate owners and occupiers into a state of limbo.

Farmers and business leaders, including real estate investors, sighed with relief when President Donald Trump and Chinese President Xi Jinping called a 90-day pause in the U.S.-China trade war during the recent G20 meeting in Buenos Aires. The truce averted a 15 percent hike in tariffs on $200 billion in Chinese goods imposed in September, which were set to rise from 10 percent to 25 percent, and retaliatory tariffs by China on $34 billion in U.S. imports.

Sixty billion dollars in Chinese aluminum and steel imports are already taxed at the higher rate.

Trade tensions have added another source of economic volatility into the mix, Cushman & Wakefield reports, noting that occupiers, developers, investors and owners are opposed to tariffs, which increase the cost of doing business. The uncertainty created  by the trade dispute makes it difficult to strategically plan projects, they say.

“There is understandable fear that in the long term, these increased tariffs could ultimately impact pricing on consumer goods, which could in turn impact consumer demand,” Richmond says. “If this lag effect were to occur, this could potentially reduce the need for warehouse space.”

To combat the impact from the tariffs, he says that many forward-thinking distributors are looking into bonded warehouses and foreign-trade zones as creative solutions.

For example, automaker Ford recently announced that it was scraping plans to import its new Chinese-manufactured Focus Active crossover model. GM may also pull its Chinese-built Buick Envision from the market if federal government does not honor its request for an exemption from the higher tariff, reports the Asian Review.

While a new trade agreement would relieve tensions, some trade policy experts argue that working out a trade deal with China within 90 days is unfeasible. Walter Kemmsies, an economist and chief strategist in JLL's ports, airports and global infrastructure group, says it is possible, because U.S. trade negotiators have basically adopted goals set out in the Trans Pacific Partnership (TPP), a trade agreement negotiated under the Obama Administration that Trump abandoned when he took office. He suggests, however, that the various U.S. concerns are likely to be addressed in steps over a longer period of time.

The top concern for the U.S. is its trade deficient with China, which rose to a record $375.2 billion last year, up from $347 billion in 2016, and is projected to rise to $413 billion in 2018. Currently, more than one-third of all U.S. containerized imports comes from China, according to Kemmsies.

He adds that Chinese officials realize that without concessions, the country’s trade relationship with the U.S. is on tenuous ground and are fearful U.S. trade will shift towards Mexico and Vietnam. In addition, Kemmsies notes that the timing may be favorable for bringing China to the bargaining table. “There is a significant decline in growth of the global economy that is severely hampering all trade and has taken the wind out of China’s sails.”

As a result, “It looks like China is working toward Trump’s agenda.”

At the same time, however, Kemmsies adds that the U.S. logistics infrastructure is not prepared for major increases in exports, pointing out that logistically exports are much more complex than imports. “If China agrees to 25 percent more U.S. imports next year and another 25 percent the following year, we don’t have the infrastructure or supportive industrial facilities to do it.”

Products for export come from throughout the nation and must be consolidated into shipping containers at regional locations for transport to ports by rail or trucks, he says.

Another issue may be the need for increased labor, according to Richmond. “It would be great to increase manufacturing in the U.S., but where are we going to get the labor?” he asks, noting that with nearly full employment, there is a dire shortage of U.S. workers to man manufacturing facilities.