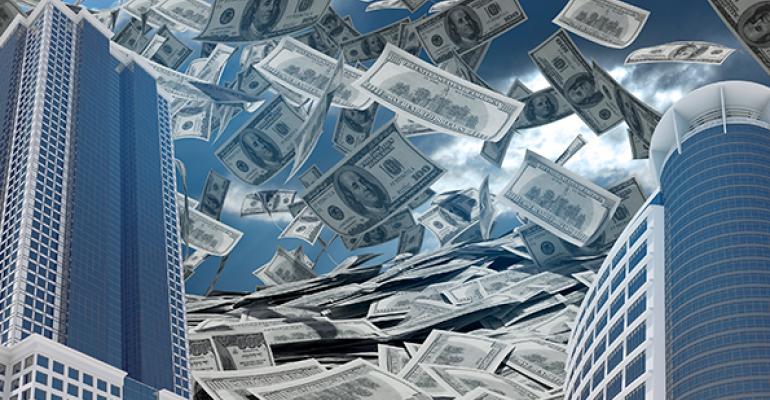 Pension funds are exhibiting a bigger appetite for real estate, but they remain cautious when it comes to moving beyond core assets and gateway markets.

“When you hear pension funds saying they are at a certain level and would like to be at a higher level, it doesn’t mean they want to hit the throttle and slam it all in in one year. It just means that is a progressive direction that they would like to head in,” says Phil McAndrews, senior managing director and chief investment officer for TIAA Global Real Estate. Certainly, TIAA-CREF is no different. The company has grown its real estate investment significantly in 2014 and plans to continue to increase that investment in the near term.

Pension funds have a stronger demand for real estate, because yields are compelling compared to alternatives such as equities and bonds. In addition, the fundamentals are relatively stable, with no concerns of oversupply, and cap rates have moderated. “So pricing still appears appropriate from a risk-return perspective,” says McAndrews.

Given that backdrop, most pension funds would like to increase allocations by 1 or 2 percent. But that may be easier said than done since they are not willing to take on too much risk in order to achieve those goals.

Typically, in this stage of a real estate recovery, investors would be pushing out much further and much more quickly to more value-add and opportunistic strategies in search of yield. Yet that has not been the case, notes Spencer Levy, Americas head of research at commercial real estate services firm CBRE.

Pension funds remain focused on core assets in major metros for a number of reasons. One reason is that fundamentals outside of multifamily, hotels and to some degree industrial sectors, have not recorded that much improvement in secondary markets. “So we’re still waiting for the underwriting to improve in these markets to a level where new development or value-add redevelopment is justified by fundamental improvement,” says Levy.

In addition, some pension funds, as well as other large institutional investors, are still in the process of pruning what they consider to be secondary and tertiary assets so that they can maintain a portfolio of core assets in the event of another downturn. Some economists have predicted another economic downturn in 2018. If one were to do a new development or value-add redevelopment today that deal would probably not be stabilized or ready for occupancy for two to three years. “So that may be putting a little bit of a damper on people’s enthusiasm to move out on the risk spectrum,” says Levy.

Ultimately, the challenge that pension funds and pension fund advisors face is a scarcity of core assets, which continues to drive down yields.

However, there is a trend that is leaning a little more towards value and opportunistic investments as a means to complement core portfolios and bring in a little more incremental return, he adds.