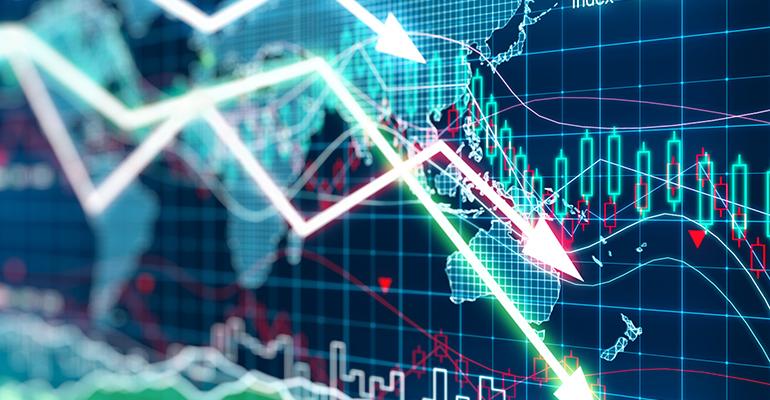 Investment sales volume in the commercial real estate sector for 2016 fell about 11 percent year-over-year, but sources say the decline in transactions was skewed by a “gangbuster” 2015 marked by significant platform and portfolio sales.

Research firm CoStar Portfolio Strategy shows approximately $508 billion in deals closed in 2016, in the core property sectors, compared to $574 billion the year before. When accounting for land and other commercial buildings (self-storage, healthcare, sports and entertainment, mixed-use), CoStar tabulates $581 billion in deal volume.

After 2015, 2016 was the second strongest year on record for investment sales volume, according to Rene Circ, director of research at CoStar Strategy Group.

Last year also marked a change in investor preferences from primary to secondary markets as those markets now offer higher returns, according to Costello.

At this moment, prognosis for commercial real estate sales in 2017 highlights uncertainty. The Federal Reserve indicated it will raise its benchmark interest rate by about 75 basis points this year. Opinions vary on the extent to which this will affect transactions. Some in the industry are saying that will still leave a cushion for deals to work and others say deals could be delayed or terms recalculated as a result.

But with interest rates up 75 basis points, there will be less room in the core markets and class-A assets for spread, according to Circ. “More money will be chasing value-add and going further on the risk spectrum this year,” he says.

In this cycle, forecasting how investors will approach interest rate increases  is a story of trying to understand politics, trade and inflation, says Costello. “The political situation is tricky. People may not want to get ahead of themselves. Corporate tax cuts will give corporations more cash flow—what’s the impact of that on commercial real estate?”

Last year, some investment sales transactions may have been disrupted by the slow down in the CMBS market. “The equivalent of CMBS in 2016 is the new administration in 2017,” says Dr. Peter Muoio, chief economist with the online real estate transaction marketplace Ten-X. Muoio notes there will be increased cautiousness among dealmakers until the commercial real estate industry gets a better sense of where things are headed.

“Buyers and sellers in 2017 are at a stand-off. Uncertainty will remain across the board. The question is, what am I buying? [This] will be a year for more thought-out investing, more fact-based investing,” says Weiser. “Elections affected investor sentiment as early as the third quarter, once it became obvious it was a Trump-Clinton battle.”

Adding more complexity to the picture, China, which was the  largest foreign investors in the U.S. in 2016, is curbing its capital outflows. Foreign investment currently accounts for about 10 to 12 percent of total capital deployed into U.S. commercial real estate, and although the figure is not massive, “it’s big enough to matter,” especially in light of struggling global economies, says Dr. Muoio. Taken together, these factors will affect both investment strategies and margins, he notes.

Efforts by the Chinese government to defend the value of its currency also play into the capital preservation issues that Chinese investors are facing, explains Costello.

“How is it all going to play out? Chinese investment has been at a rapid pace, so relative opportunities remaining for them are not as good. Chinese investors will still ways to get good deals done even if they pull back,” he says.

Looking forward, Ten-X is forecasting that investment sales volume in 2017 will close about 4.5 percent below 2016’s level, while 2018 will come in above 2017.  Investing activity will increase in the $2.5 million to $25 million price segment, but will decline for more expensive transactions, in the $25+ million bracket.

Multifamily properties were the standout property type in 2016, according to Dr. Muoio.

Multifamily assets pulled in just over $158 billion in deal activity in 2016, compared to approximately $153 billion in 2015, according to RCA.

“There’s a big demographic need for this housing and it offers good capital preservation from a yield perspective. Apartments are leading for two years in a row—that is significant. Historically, it is office that usually leads,” Costello says. RCA  tallied transaction volume in the office sector at $141 billion in 2016, down from $150 billion in 2015.

However, low cap rates on multifamily assets coupled with flattening rents mean these deals are becoming increasingly difficult to underwrite, Circ adds. “It is the fastest-running property type, but I am hearing more and more concern about it from investors,” he says.

According to CoStar figures, the sector posted about $157 billion in transaction activity during 2016, about 4 percent below the $164 billion traded in 2015.

“When I speak to investors it seems there is more and more interest in the industrial sector this year,” Dr. Muoio says. “But big deals in 2015 skewed the numbers on year-over-year performance.”

Circ attributes the near-$20 billion difference to what he calls “massive platform transactions—Blackstone, KTR, IIT,— as well as big portfolio deals. Approximately $69 billion in industrial property sales have closed in 2016, compared to $88 billion in 2015, CoStar data shows.

The decline is also a function of a lack of supply, according to Circ, who contends there will be new investment opportunities in 2017 as construction accelerates. He estimates there about 200 million sq. ft. of industrial space under construction nationwide.

Flat pricing on retail assets is one of many headwinds for the “problematic” sector, says Costello, adding, “We hear a litany of problems every day—that impacts what investors will do in the sector.” Investors deployed about $75 billion to retail assets last year, about $15 billion below 2015’s volume.

While thevacancy for retail properties has been declining, it is attributable to virtually no construction, according to Circ. Headds, that GDP and population growth is “bailing us out” in terms of retail sector performance. CoStar estimates that last year there were about $102 billion in retail real estate investment transactions, a decline of 13 percent from $117 billion  in 2015.

RCA and CoStar both calculate approximately $36 billion in hotel transactions for 2016. For 2015, CoStar’s figure was $48.1 billion and RCA’s  $50.3 billion. Investment in hotels is down about 24 percent, according to Circ.

“With so much new construction, it’s no surprise that the hotel sector is softening,” he says.

Hotel asset pricing was strong in 2015, but fell in 2016 and “never came back much,” according to Costello.

Occupancies are at record highs, says Dr. Muoio, and hotels are still seeing rent growth, “so from an operating fundamentals perspective, the sector looks good.” But hotels are facing supply/demand stressors. Nationally, there is lots of development going on, especially in markets includingMiami, New York and the Bay Area, Muoio notes.

“We are not going to see further improvement in this sector from this point on. We are in the late-stage cycle of this property sector.”

Meanwhile, high pricing is a concern for those looking for acquisitions in the sector.

“In today’s market, you need deep pockets for hospitality, as you can’t do deals with more than 50 to 60 percent leverage,” Weiser says. If you have deep pockets, “when you look at certain core markets like New York, softness in a property presents opportunity.”