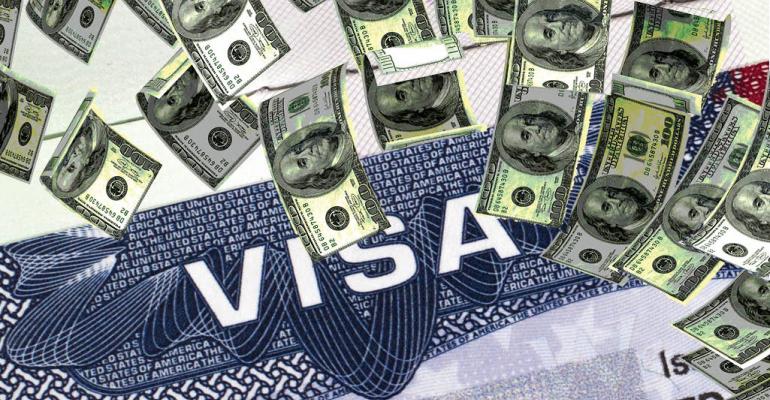 After Another Last-Minute Extension, Legislators Focus on EB-5 Reform

Minimum investment amounts, stricter oversight and reclassification of targeted employment areas are on the debate agenda.

This week, Congress extended the EB-5 investor visa program in its current form through September 30, 2017, as part of the new government budget deal. After about two years of re-enacting the program as-is, sources say there are now genuine efforts afoot to reform it sooner than later. Minimum investment amounts, stricter oversight and reclassification of targeted employment areas (TEAs) are on the debate agenda. Longstanding visa-processing inefficiencies within the EB-5 program also need attention.

As the reform is being discussed, the industry is also looking at the capability of the EB-5 program to fund infrastructure development.

There is a “genuine desire to get reform done,” says Michael Halloran, CEO of NES Financial, a Silicon Valley-based fintech company that has transacted in the EB-5 space since 2010. “Most likely, there will be an increase to the minimum [investment amount].”

Should legislators not agree on changes to the program, it’s possible that U.S. Citizen & Immigration Services (USCIS) itself will raise minimum investment limits to $1.35 million and $1.8 million for TEAs and non-TEAs, respectively. The agency recently issued a proposed rule change and request for comment. “This would freeze up money,” Halloran says.

“I think we will [see] amount of investment go up. The proposal for $800,000 dollars is being circulated. The risk of regulation by USCIS to increase minimums to $1.35 million and $1.8 million will become a catalyst to promote Congress to move on actual legislation. Going above $1 million makes this type of program less competitive globally,” says Roy Carrasquillo, a partner with the EB-5 immigration investor program team at law firm Cozen O’Connor.

A USCIS regulation would pose challenges to the program, since it would significantly increase required investment amounts, notes Lynn Cadwalader, partner at global law firm DLA Piper. “To take $500,000 out of China takes two to three months because of controls on taking money out of the country. As you raise limits, that would take longer.”

There’s currently a seven-year wait for EB-5 visas in the U.S., according to Cadwalader. Because of the backlog, “other countries with EB-5 type programs are looking a lot more attractive because most other countries [offer] pay-to-play. There’s no need to create jobs.”

Members of Congress agree there is a need for more oversight, notes Ron Klein, partner at national law firm Holland & Knight, and a member of its public policy and regulation group. But the most controversial part of the reform debate centers on TEAs. “The program was designed to stimulate poor areas, but it is not being used in this way. Many large cities, like Miami and New York, cities in Nevada and California, are sites of use for the program. But it’s supposed to be used in areas of high unemployment.”

The challenge is balancing job creation with investor objectives, Klein says. “Investors at the end of the day make choices based on where they can make money. You want to go with someone with a demonstrated record of success. There’s a risk if you can’t get the building finished.”

Clash of the titans

With so many interested parties with skin in the game, tighter reclassification of TEAs is difficult, according to both Halloran and Carrasquillo.

“Some solutions put forth have taken power away and decided to give the vote on TEA to the federal government. A one-size-fits-all rule is problematic as not every area is the same. [That’s] one reason we haven’t seen more complete legislation on TEAs,” Carrasquillo says.

Reconstructing TEAs to avoid the practice of developers in bigger cities getting a disproportionate share of the funds and implementing integrity measures such as third-party administration are solutions being discussed to oversee funds management and compliance, according to Halloran.

The use of public-private partnerships [PPPs] may be the key to reforming the EB-5 program, Halloran says. “From our experience visiting investors in Asia, when they see government involvement, they view it as a guarantee,” he notes. “If you really want to drive investment to rural areas, PPP is more effective than price deltas on TEAs.”

“Municipalities, states, territories may look at EB-5 as an alternative source of funding for infrastructure and PPP would enable that. It’s about how to structure the project to take into account tax credits and bond pricing, and how to work EB-5 as part of the capital stack. Projects with a PPP structure are ideal for EB-5 funding,” Carrasquillo says.

There are currently about 22,000 EB-5 immigration visas in the backlog, according to sources. The documentation and security portion of the screening process takes about 16 months. And the backlog will likely get even worse, adding another 20 months when it is time for investors to undergo screening for conditional residency.