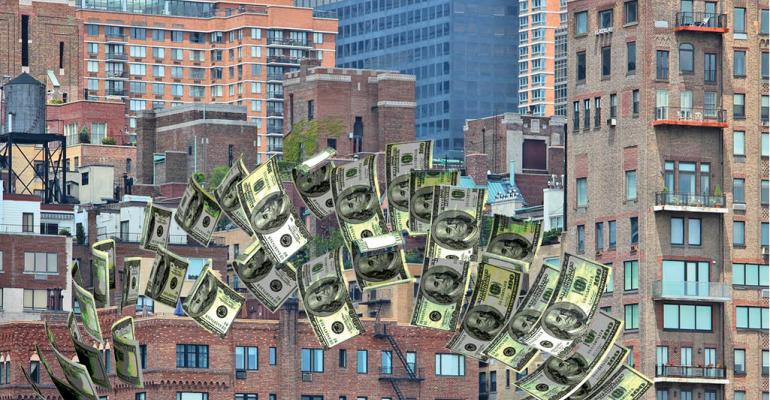 Prices for apartment buildings continue to rise relative to property incomes—months after the market seemed to have peaked.

“The thing that surprised me a bit about the last six months was the robustness of pricing in the apartment market,” says James Costello, senior vice president for New York City-based research firm Real Capital Analytics (RCA).

Investors continue to offer higher and higher prices for apartment properties relative to the income the properties produce. After a slow beginning to the year, cap rates in the apartment sector continued their relentless march downwards.

“Early in the year there was some weakness in prices and deal volume was coming off of a peak,” says Costello. “Initially in the year I thought that at a minimum we would see flat cap rates and prices really go nowhere for the year, but there have been gains throughout 2016.”

The volume of apartment properties bought and sold has stayed low this year. That’s largely because fewer portfolios and whole companies are being sold, Costello says. But smaller deals are still common—especially those involving “value-add” transactions.

Low interest rates are fueling the demand. The average interest rate for a seven- to 10-year mortgage on an apartment property was just 3.9 percent in August, down from a high of 4.5 percent in January. The 170 basis points spread between mortgage rates and apartment cap rates has increased from the first quarter of 2016 as mortgage rates have fallen faster, according to RCA.

However, some apartment investors are pulling back from buying, particularly institutional investors like U.S. pension funds.

“We are now delivering more new units than we have demand for,” says Rob Hinckley, managing director with capital services provider HFF. “The institutional investors aren’t as bullish… Pension funds are more pessimistic. We are at a plateau in the property cycle. It’s going to be a flat couple of years in terms of transactions.”

Smaller investors are more active. Transactions priced under $75 million are humming along at a brisker pace than bigger deals. Foreign investors are also showing more interest in buying apartment properties in the U.S., but those investors are taking their time.

“There is still more capital than even interested in multifamily housing, but foreign capital is still getting used to multifamily. It still hasn’t come into the space that the domestic investors have left,” says Hinckley.