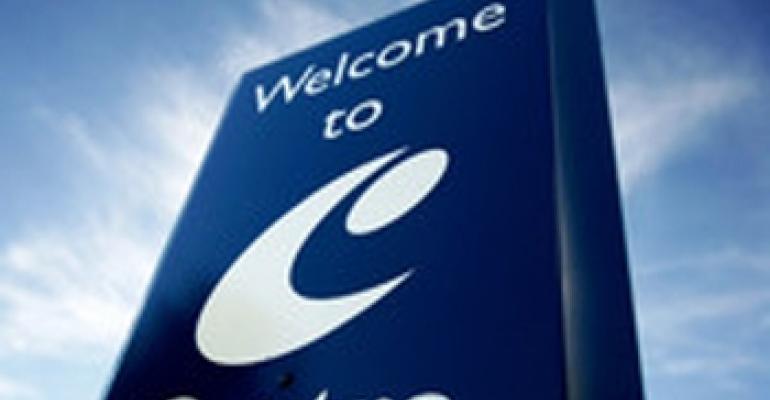 Blackstone Group’s agreement to acquire Centro Properties Group’s U.S. shopping center portfolio for $9.4 billion is being hailed as a sign that the retail real estate market has officially turned a corner.

The deal means that two Blackstone acquisitions—Equity Office Properties in early 2007 and Centro's retail properties today—make for neat bookends in marking the commercial real estate’s cyclical peak and the end of the bottom.

Overall, the deal ranks as the second largest retail real estate acquisition ever, surpassed only by General Growth Properties' $12.4 billion acquisition of Rouse Co. in 2004.

Centro has spent the past several years struggling to find ways to deal with its overleveraged assets before eventually ceding control to its lenders in late 2008. The fact that the firm has managed to secure a buyer for all of its U.S. holdings for what seems to be a reasonable price and even got multiple bids for the portfolio signals a new stage in the market cycle, according to several brokers and two real estate research firms. As a whole, Centro's total portfolio is worth $16.8 billion, while it has $16.3 billion in debt.

According to a release issued early Tuesday morning, BRE Retail Holdings, an affiliate of Blackstone Real Estate Partners VI L.P., has entered into a binding stock purchase agreement with Centro Group (including Centro Retail Trust) to acquire Centro’s U.S. assets, including its management platform, for a total price of $9.4 billion. Overall, the company owns 588 mostly grocery-anchored centers. According to Centro, the value ascribed to Centro Retail’s portfolio is $4.3 billion, representing a 1.3 percent discount to the property book value as of December 31, 2010.

Centro Retail’s net proceeds of $500 million will be used to retire the bulk of the entity’s expiring Australian debt facilities. As a result of these repayments, Centro Retail will reduce its leverage level from 75 percent to 43 percent.

“After careful consideration of alternatives and multiple bids for the platform and individual portfolios, the offer from Blackstone was compelling and its acceptance was deemed to be in the best interests of [Centro Retail] securityholders,” Centro Retail Chairman Peter Day said in a statement. “The completion of the sale will be a significant step for [Centro Retail] in its restructure and will significantly simplify its business model by becoming an Australian-only REIT with a high quality investment portfolio. The sale unlocks significant financial capacity which will be used to recapitalize [Centro Retail].”

Centro Retail is now working with its parent firm to combine the remaining retail assets in Australia into a single portfolio under one umbrella.

Brokers familiar with the portfolio, such as Rich Walter, president of Faris Lee Investments, say the bulk of the assets include solid class-B+ and some class-A properties, as well as some lesser-quality centers in tertiary markets.

For example, Centro holds dozens of properties in Florida, Georgia and Ohio with average occupancies in the low and mid-80s, according to Keven Lindemann, director with the real estate group at SNL Financial LC, a Charlottesville, Va.-based research firm.

As a result, Centro’s U.S. portfolio, while stable, doesn’t quite match the quality of some of the better performing U.S. shopping center REITs, like Federal Realty Investment Trust or Regency Centers, Lindemann says. Its main attractions include its nation-wide scope and its high proportion of grocery-anchored centers, a property type now considered recession-proof.

“Knowing how troubled that portfolio was a couple of years ago, the fact that they were able to exit this quickly is a very positive sign,” says Dan Fasulo, managing director with Real Capital Analytics (RCA), a New York City-based research firm. “Who would have thought we’d be seeing a $10 billion deal already this early in the cycle? It’s a very healthy sign that liquidity is returning to the commercial real estate space.”

In January, the most recent month for which statistics are available, sales of significant retail properties in the U.S. reached $2 billion, approximately twice the volume recorded in January 2010, according to RCA. Cap rates on retail transactions averaged 7.7 percent.

For its part, Blackstone has not made any statements about the deal or its intentions. In addition, market observers have not yet been able to figure out what kind of cap rate the deal works out to. Real Capital Analytics estimates that the price for the 29.4-million-square-foot portfolio is about $270 per square foot.

Going forward, experts predict that the firm will try to sell off the worst performing assets, then spend some time improving fundamentals at the core centers. Since Blackstone usually holds its real estate acquisitions only short-term, the expectation in the market is that after a few years the firm will either sell the portfolio or put it through an IPO.

In certain of its deals, including its acquisition of Equity Office in 2007, Blackstone pre-sold parts of the portfolio even before the transactions closed. A repeat of that strategy will be difficult, however, given the investment sales conditions today, according to Lindemann. Plus, Blackstone would likely have to refinance many of the properties in the portfolio on an individual basis, making it difficult to sell off a large number of assets at once, according to Gerry Mason, executive managing director in the New York City office of Savills LLC, a real estate services provider.

More likely, the firm will hold onto existing property managers from Centro’s U.S. division, according to Walter, and attempt to add value to core assets.

After a few years, Blackstone will “probably have a bunch of fun options,” according to Fasulo. “They can team up with some institutional capital, or they can look at an IPO and form a public REIT. If they create enough value, they can wind up selling huge regional chunks of the portfolio.”