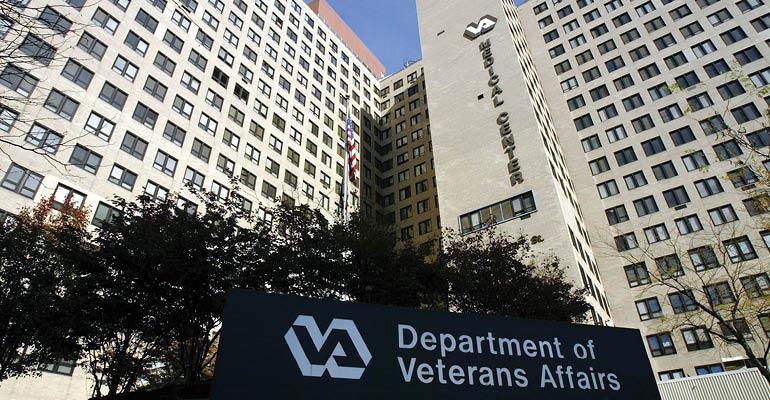 Can Investors Benefit from the Department of Veterans Affairs’ Space Reduction Plan?

Facing redevelopment or the wrecking ball are an array of properties, including offices, residential quarters, medical spaces, chapels and golf facilities.

The U.S. Department of Veterans Affairs (VA) is unloading hundreds of obsolete buildings, and some of the structures may eventually be up for grabs by investors.

However, one commercial real estate broker says investors shouldn’t get their hopes up too high, as opportunities may be limited.

On June 27, Dr. David Shulkin, secretary of the VA, unveiled a plan to dispose of all vacant VA buildings within two years, either by demolishing them or preparing them for reuse.

“Maintaining vacant buildings, including close to 100 from the Revolutionary War and Civil War, makes no sense, and we’re working as quickly as possible to get them out of our inventory,” Shulkin says.

Facing redevelopment or the wrecking ball are an array of properties, including offices, residential quarters, medical spaces, chapels and golf facilities. The biggest building is a VA hospital in New Orleans that covers nearly 900,000 gross sq. ft.; many of the properties, however, are smaller than 5,000 gross sq. ft. VA is also reviewing the status of an additional 784 buildings that are underused, but aren’t vacant, according to Shulkin.

In addition, the Veterans Benefits Administration, which handles financial assistance for military veterans, has been instructed to “freeze” its current footprint by leasing or eliminating office space around the country. The office reduction will be achieved by promoting telework and digitizing files that contain benefit claims, Shulkin says.

VA is studying just how to dispose of the 430 vacant buildings that have been targeted, according to the spokesman. Disposal could take three forms:

VA isn’t ruling out any “exact method” of disposing of a building, as long as the building no longer would be a drag on the agency’s resources.

Reuse of the VA properties by the private sector will likely focus on land redevelopment and housing conversions, says Walter Page, director of U.S. research at CoStar Group, a provider of commercial real estate data and analytics. VA buildings often contain a lot of plumbing that can be retooled for housing, he notes.

From a reuse perspective, the biggest factor in determining what will happen to the properties is weighing the cost of conversion versus the value of a property’s new use, according to Page.

“For some of these properties, the best option is to start new by removing the existing building,” he says. With a lot of the properties, the upside for investors will come from the ability to add square footage to existing structures, Page notes.

“Whether a VA building is demolished or can be repurposed, the highest and best use for the real estate will probably be for multifamily, hospitality or special use,” says Brad Ruther, an Iraq War veteran who is president of Cincinnati-based Veterans Commercial Real Estate, which specializes in tenant representation, disposition services and healthcare solutions.

Under the VA’s plan, a property that’s deemed “excess” will first be offered to federal agencies, according to Ruther. If no federal agency wants that property, then it’s branded as “surplus” and made available for projects that serve the public good, such as homeless shelters. If the VA strikes out on that front, then state and local governments get the option to buy the property.

Only after all those avenues are exhausted will a VA property be offered for sale to investors, although Ruther doubts that investment opportunities will be abundant. Since many of the vacant buildings are “functionally obsolete” and plagued by environment hazards like asbestos, Ruther notes the VA might wind up demolishing a lot of them, but that could open up the land for development.

Ridding the VA of hundreds of old, vacant buildings is long overdue, he says.

“What the VA is doing is commonsense,” Ruther says. “The VA should have been doing this for decades.”