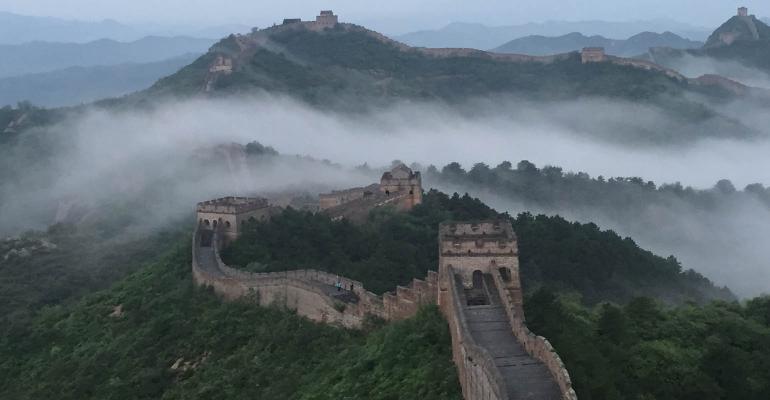 Chinese investment in U.S. property markets dropped 7 percent year-over-year to $5.4 billion in the first half of 2017, according to Real Capital Analytics.

It may not be the Great Wall, but new policies put in place by the Chinese government are creating significant obstacles for Chinese investors to buy property in the United States.

Chinese investment in U.S. property markets dropped 7 percent year-over-year to $5.4 billion in the first half of 2017, according to Real Capital Analytics (RCA), a New York City-based research firm. Some estimate that pullback to be even bigger. Depending on how Chinese investment activity is calculated across different sources, such as sovereign wealth funds, Chinese national companies and high-net-worth individuals, the decline in activity is anywhere from 40 to 80 percent compared to a year ago, estimates Spencer Levy, head of research, Americas and senior economic advisor at real estate services firm CBRE.

The pullback started a year ago when the Chinese government began putting more stringent controls in place on the exit of Chinese capital from the country. The move to restrict outflows of capital to international investment was aimed at preserving currency value.

Last week, the Chinese government issued a formal set of guidelines that further defines how those restrictions would be applied to different types of foreign investment. Essentially, the government put foreign investment into three different buckets. Those investments viewed as highly restrictive would include anything in the gaming industries. The second category of more moderate restriction would apply to property, film and sports investments. Those investments are not prohibited, but they will be looked at with a great degree of scrutiny. The third category is actively encouraged, and would include investments in infrastructure.

“It is fair to say that you will see a weaker amount of Chinese capital flows for the short-term future until China gets more confidence in the strength of its currency,” says Levy. That being said, there is also some good news coming out of China in that capital flows have grown faster than some people have expected and shown more stability, he adds.

“We’re seeing a little bit of a slowdown, especially on the bigger dollar side,” says Yuen Yung, CEO of Austin-based Casoro Capital, a real estate investment firm specializing in multifamily assets. About 15 to 20 percent of the equity for the firm’s investment funds comes from Chinese investors.

Larger investors and high-profile deals tend to draw more scrutiny from the Chinese government. Smaller investors, with capital amounts ranging from $500,000 to $15 million, are also finding it more challenging to get money out of China. However, policies specific to the smaller investors have been in place longer. “So those investors have always had to be a little more resourceful in how they move dollars (legally) into U.S. real estate,” adds Yung.

Another roadblock to Chinese investment in the U.S. is China’s new “One Belt, One Road” initiative that aims to reestablish the old Silk Road trade route with Europe, creating more connectivity and cooperation between China and Europe, notes Yung. “That could be another reason why there is a drop-off in dollars coming into the U.S.,” he says. Investors could be finding a much easier path in getting money out of China when they are investing in European real estate.

In addition, there has been some “irrational investment,” with investors placing capital blindly or without sufficient due diligence. News of deals that ended up losing money may also be curbing appetite for additional acquisitions among some investors, adds Wu.

Other factors that could change the landscape for Chinese investment in the U.S. include president Trump’s immigration policies, as well as potential disagreement between China and the U.S. on how to deal with North Korea, says Yung. “I actually think this is a more permanent shift, because it is an easier path for investors to invest capital in Europe as opposed to the U.S.,” he says.

Even though inflows of Chinese capital are slowing, there are still plenty of examples of acquisitions and development deals moving forward. For example, Chinese development firm Greenland USA still has two major development projects underway, with Metropolis in Downtown Los Angeles and Pacific Park in Brooklyn.

“I certainly hope that Chinese capital comes back,” says Levy. However, even at the peak, Chinese investors represented about 5 percent of the overall buyer pool in the U.S., he notes (though China was the number one source of foreign investment in U.S. properties over the past 12 months, with a total value of $16.5 billion, according to RCA data). “So while you never want to see a large player stand on the sidelines, because that will put more upward pressure on cap rates, I think there will be plenty of other domestic and foreign capital to fill the void,” he adds.