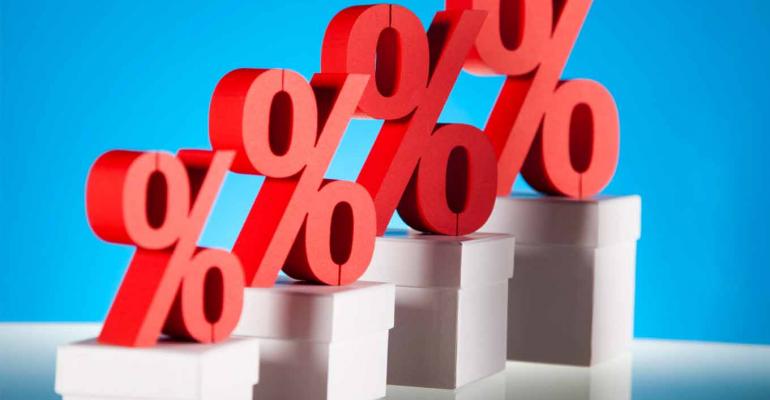 Industry experts who have been sounding the death knell for cap rate compression received a temporary reprieve thanks to a further drop in the 10-year Treasury.

For the past year, signs having been pointing towards decelerating price appreciation. The Moody’s/RCA CPPI was relatively flat between August 2015 and April 2016, rising just 1.0 percent over that eight-month period. That halt in upward trajectory was not entirely unexpected given that the composite index had been enjoying robust growth of more than 1.0 percent per month for the prior three years.

“To us, the price run-up seemed a little bit overheated, and the pause was an opportunity to let prices catch up with fundamentals and with inflation,” says Tad Philipp, director of commercial real estate research at ratings firm Moody’s.

Yet price appreciation got an unexpected second wind this summer. The Moody’s/RCA CPPI surged ahead 2.6 percent in June. The 10-year Treasury has declined about 50 basis points since the end of April, making financing costs cheaper. If investors are buying a property with a 4.0 percent mortgage coupon versus a 5.0 percent mortgage coupon, they can afford to pay a little more and get the same return on equity. “The 10-year Treasury dipping down to the historically low 1.5 percent-range contributed to price growth resuming,” says Philipp.

However, the recent uptick is not changing the broader view that price appreciation is decelerating. “We think cap rate compression has largely played out, and at some point interest rates will turn around and start to head back up,” says Philipp. An initial increase of 50 to 100 basis points can be absorbed by current cap rates, but then there will be upward pressure. “Going forward we expect modest price growth, largely based on underlying earnings growth,” he adds.

The Green Street CPPI shows a more modest increase of 2.0 percent over the past three months, with gains that were flat during July. “Property appreciation has slowed this year as cap rates have leveled off,” says Green Street Senior Analyst Peter Rothemund. “Property pricing appears to be in equilibrium with pricing in the broader capital markets.”

Apartment properties continue to be leaders in price appreciation among core property types. Moody’s/RCA CPPI shows price gains in the apartment sector of 14.3 percent over the past 12 months and a one-month gain of 2.3 percent for June.

“Apartments have been very strong for a couple of reasons,” notes Philipp. First, there is strong demand from the rental market. Second, apartment properties benefit from the greatest liquidity for debt capital with Fannie and Freddie active, as well as portfolio lenders and CMBS. That being said, market experts are keeping an eye on apartment construction, Philipp adds.

Outside of the core property types, manufactured home parks and self-storage properties both have experienced strong appreciation over the past year. According to Green Street, self-storage property values rose 21.0 percent over the past year, while manufactured home parks were up an estimated 15.0 percent. Private market investors have finally realized what the public market has known for a while—those stocks have historically paid big premiums relative to underlying property value, says Rothemund.