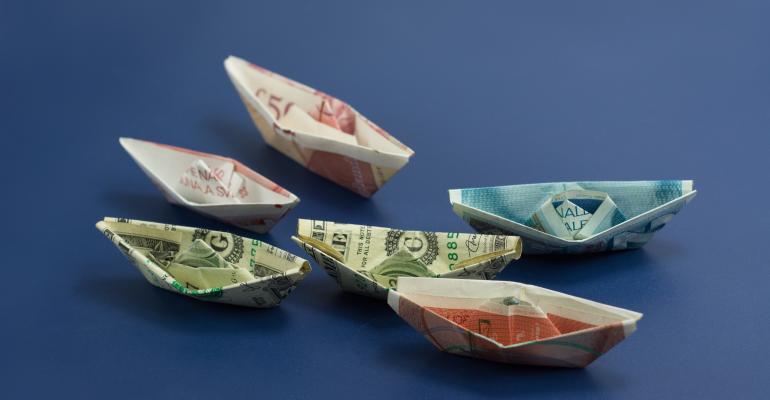 While global volatility will have both positive and negative effects on the U.S. economy, the country’s commercial real estate market stands to gain from upheaval abroad in the short to medium term. The U.S. economy still has a relatively stable outlook due to strong underlying market fundamentals, and global volatility will result in an influx of capital in U.S. real estate as foreign investors seek relatively stable, safe assets.

Assuming it holds, Britain’s secession from the European Union will eventually have far-reaching impact on a global economy that grows more interconnected each day. Its impact in the U.K. will be immediate and material. The stock markets, both in the U.K. and around the world, have already experienced significant volatility in the wake of the news and the pound recently hit a 31-year low. As Britain cedes its border fluidity with the 27 other European Union countries, new tariffs will drive down U.K. exports, while domestic labor costs will slowly increase as a result of likely more restrictive immigration policies going forward. The impact on the U.K. commercial real estate market is already being felt, even as its central bank moves to lower interest rates. Seven prominent U.K. real estate investment funds (totaling over $12 billion in assets) have frozen trading activity in an effort to halt mass withdrawals. Mass withdrawal fears conjure images of the bank runs that can beset countries in times of significant economic upheaval, so it is not surprising that investors around the world are feeling uneasy about the prospects of the U.K. real estate market. Investors who previously regarded London’s commercial real estate as a safe haven are likely to look elsewhere, including gateway cities across the Atlantic, such as New York, San Francisco and Los Angeles, which boast strong local economies and rents that are consistently among the highest in the world.

Meanwhile, on the other side of the Pacific, the free fall of China’s stock market has accelerated a trend that began several years ago: the flow of Chinese capital to U.S. real estate markets. Even before China’s stock market began its tumble a year ago, experts were predicting huge growth in Chinese investment in commercial real estate in New York and other major U.S. cities. Fueled by government policies and the broad decline of the stock market, the Chinese real estate market has seen a spike in sales activity in recent months despite poor underlying fundamentals, leading many observers to suggest that a speculative bubble is about to burst. For many Chinese investors, the lack of appealing domestic alternatives will accelerate the trend of seeking out the relative safety of U.S. real estate assets.

Whether it comes from the U.K., China or elsewhere, the influx of capital into the U.S. commercial real estate markets will help sustain what has already been a long period of growth, particularly in major markets. Combined with continued low interest rates—Brexit will likely prompt the U.S. Fed to move more cautiously than it otherwise would have in the coming quarters—capital is likely to be plentiful for real estate companies taking on new projects in the short and medium term. The influx of capital into gateway U.S. cities will have a cascading impact on burgeoning secondary markets like Denver, Seattle and Austin, Texas—as increased investment in primary markets causes yields to tighten, both foreign and domestic investors will look to invest in cities where returns are more appealing.

What does this mean for U.S. investors? Much of the impetus driving foreign investment in U.S. markets should ring true with domestic investors as well. The U.S. stock market has fluctuated wildly in response to economic conditions in China and the U.K. (the second and fifth largest economies in the world, respectively, and two of U.S.’ largest trade partners), making relatively safe, stable real estate assets an attractive alternative. Consumer confidence, job growth and other broad indicators of economic health remain strong—in fact, U.S. job growth significantly outperformed expectations in June.  The combination of increasing foreign investment and solid domestic fundamentals should help sustain the long period of growth seen in many primary and secondary real estate markets across the country. At the same time, the prospect of continued low interest rates means less favorable yield on government bonds and fixed income products, making higher yielding investments backed by commercial real estate all the more attractive.

In the long run, there’s a broad range of possibilities as to how global volatility will impact U.S. commercial real estate; global trade flows are sure to be impacted and any prolonged downturn in the stock markets of major economies will decrease global wealth. While predicting the timing or magnitude of this impact is next to impossible, real estate will always have the advantage of being backed by a tangible asset, and the sector has historically provided strong returns and lower volatility than the public markets, while also providing investors with a hedge against inflation.