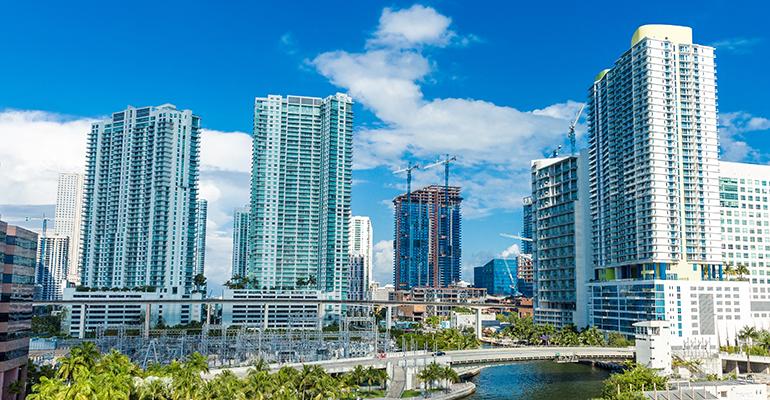 The 1031 exchanges will likely survive the tax debate, experts say.

It’s anybody’s guess as to what will happen with the federal tax reform plan being scrutinized in our nation’s capital. But experts still have some sense of how the tax proposal could help shape real estate investment strategies for high-net-worth individuals (HNWs).

The 1031 exchanges will likely survive the tax debate, Bitner says, although their existence is being threatened by some members of Congress. Doing away with these exchanges—used in an estimated 10 percent to 20 percent of commercial real estate deals largely as a way to defer capital gains taxes—would help finance proposed tax cuts.

“Some very loud, generally well-financed voices” will fight any efforts to take the ax to1031 exchanges, Bitner notes.

Other facets of tax reform that could help or harm HNW real estate investors include:

Reduction of taxes for pass-throughs

Partnerships, S corporations and sole proprietorships would be among the corporate entities that would gain from a proposed drop in the tax rate on pass-through income from a maximum of 39.6 percent (above the current top corporate rate of 35 percent) to a maximum of 25 percent.

“All else being equal, such a substantial reduction in the marginal tax rate will make these businesses and investments considerably more profitable,” says tax policy expert Brad Heim, associate professor at Indiana University’s School of Public and Environmental Affairs.

By one estimate, the bulk of these deductions benefit taxpayers earning at least $100,000 a year, which would include HNW individuals.

The AMT primarily benefits households with incomes of $200,000 to $1 million.The AMT rate is 28 percent, compared with the 39.6 percent rate under the regular income tax; however, the deduction of state and local taxes isn’t available if the AMT rate is used.

Abolishment of estate and generation-skipping taxes

The estate tax, which mostly benefits wealthy Americans, slaps a tax on property whose ownership is transferred after the owner’s death, while the generation-skipping tax applies an extra tax on a transfer of property that skips a generation, according to the Tax Policy Center, a Washington, D.C.-based non-profit think tank.

Broadly speaking, Scott Crowe, chief investment strategist at BNY Mellon’s CenterSquare Investment Management, a real estate asset management firm, says the tax reform framework as it’s laid out now would bode well for investment in asset classes with shorter leasing terms, such as multifamily, office, industrial and hotel. However, the plan wouldn’t aid investment in asset classes with longer lease terms, including healthcare, net lease and retail, given the bond-like nature of these categories, he notes.

He cautions HNW investors against basing investment decisions only on the rough plan that’s been sketched out for tax reform. All in all, though, HNW investors should welcome the tax cuts being mulled as part of the proposed reform, he says.

As more details about the tax plan surface, some experts say, it’ll become easier to determine how HNW real estate investors should proceed.

“With so much speculation and many unknowns, it is really almost impossible to provide intelligent advice,” says John Harrison, CEO of the Alternative and Direct Investment Securities Association, a national trade association.

In fact, the advice from Heim, the Indiana professor, is simply for HNW investors to stick to their current strategies, since he highly doubts Congress will approve the existing tax plan or anything similar.

“The tax reform framework contains only a few main provisions, with almost none of the details worked out,” he says. “In tax reform, the devil is always in the details—whose taxes will increase in order to make the code simpler and more efficient?”

Whatever the specifics of the plan are, Harrison doesn’t expect passage of any sort of tax legislation until early 2018.

“Considering the current political environment and where the process is today, it appears that achieving a truly broad-based tax reform package seems unlikely, with the higher probability being a more narrow tax cut program emerging,” he says.

“So far, for the real estate industry, the proposed tax law changes in 2017 are minor compared to those imposed under the Tax Reform Act of 1986, which had a high impact on real estate operations and investments,” he says.