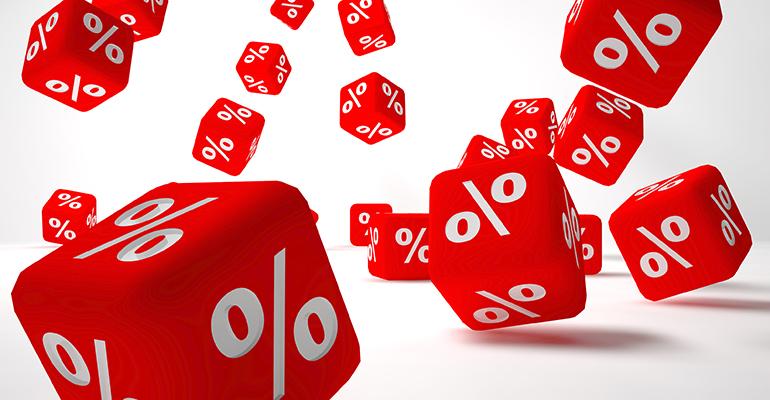 Last year, investment activity levels of foreign buyers stemmed the effects that interest rate increases had on the market, so that cap rates either remained stable or increased slightly in the second-half of 2016, according to CBRE’s second half 2016 Cap Rate Survey. Research done by real estate data firm Real Capital Analytics (RCA) also determined that across all asset types, cap rates remained generally flat in 2016 despite uncertainty in the market.

Weaker capital investment is expected from China this year, according to Spencer Levy, Americas head of research with CBRE, but that should be made up for by German and Japanese investors who have low or negative interest rates in their home countries and are seeking higher yields. “In addition, Norway, which has a major sovereign fund, is expected to increase their allocation to commercial real estate as well. We also have a record amount of dry power in domestic institutions [that] were under-allocated to real estate in 2016 and increased allocations in 2017,” he says.

With the industry seeing a 75 percent chance of an interest rate increase in May/June and possibly one in March, the cap rate risk premium will continue to narrow, but not to an extreme degree, according to Ryan Severino, chief economist with commercial real estate services firm JLL. “There has already been a good deal of cap rate compression this cycle, and as the Fed starts to raise rates there is still some room for spread, so I don’t think we will see a lot of downward pressure on cap rates this year. Until we start to see more clarity from government policy, we are probably going to see more of the same flat cap rate environment,” he says.

Policy uncertainty could move buyers and sellers farther apart at the deal table this year, according to Jim Costello, senior vice president of RCA. Uncertainty on monetary and government policy combined could affect deal volume more than interest rates, he says. “Unless and until current owners of assets are forced to sell, prices need not bear the pain of adjustment to higher interest rates. Deal volume may continue to be challenged until the expectations of buyers and sellers converge once more,” Costello writes in RCA’s January 2017 Big Picture report.

In 2016, there was growth in deal volume on core assets in secondary markets, due to “extra yield at play there,” but Costello questions the strength of this trend continuing throughout 2017. “Are these markets liquid enough, with enough product to go around?” he asks.

Talk of the effects of interest rate increases is “being used, in part, by buyers as a cover excuse for weaker market fundamentals we are seeing in commercial real estate sectors,” Levy says, adding that it is that weakness that could potentially impact cap rate rates if interest rates continue to rise. “We’ll see upward pressure on cap rates, but not necessarily major movement if we see additional interest rate increases,” he notes.

Looking back on 2016, interest rate increases did impact cap rates on office assets in Central Business Districts (CBDs) and most hotels in 2016, while affecting multifamily assets just marginally, according to the CBRE report. “Class- A multifamily was perhaps the most impacted by the post-election interest rate rise, as was major market CBD office, where we saw slowing rent growth and increased concessions,” Levy says.

Hotel and multifamily assets, which were the first to recover this cycle, should be eyed most closely for spread compression in light of the current flat cap rate environment, according to Severino.

“The level of cap rates today doesn’t seem wholly inappropriate or misaligned with what we are seeing in the market, but pricing is certainly expensive. We will have to watch that in 2017,” Severino adds.

Cap rates in suburban office markets increased on both stabilized and value-add properties, CBRE found, but were relatively stable for CBD districts. In the first half of 2017, about 25 percent of CBD office markets are forecast to see a modest increase in cap rates of 1 to 24 basis points, while suburban office cap rates are expected to widen in approximately 60 percent of markets.

Retail cap rates expanded across the board in the second half of last year, and are expected to rise in 2017 for neighborhood and community shopping centers, while remaining flat on high streets.

Industrial cap rates are expected to remain unchanged in the first half of 2017, according to CBRE.

The first half of this year is anticipated to bring “upward pressure” on cap rates for all classes of hotel property, CBRE researchers write. The highest returns delivered for hotel assets in the second half of 2016 were in the select-service and economy models, both in suburban and CBD districts. In an interview last month, MCR Development CEO Tyler Morse said he considered the select-service model as showing the most investor promise for 2017.