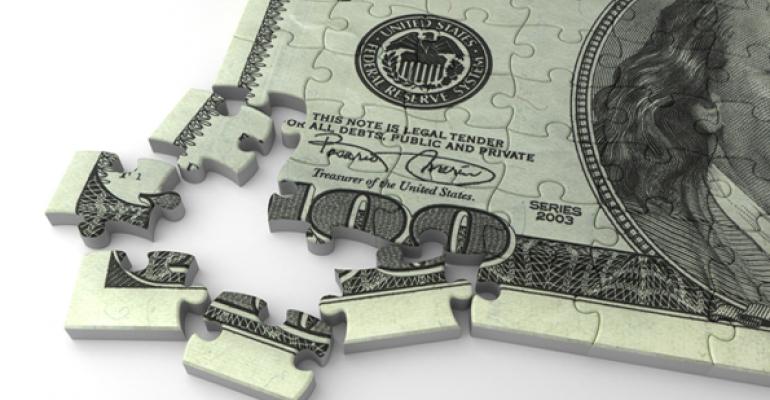 Record levels of “dry powder” on hand for private equity real estate funds is taking some of the sting out of a dip in fundraising.

Globally, private euqity real estate funds reportedly have a near record-high $227 billion in dry power, according to London-based research firm Preqin. That stockpile is due to the strong run in fundraising that private equity funds have enjoyed over the past few years. It is also a sign that private equity funds are remaining disciplined in acquisitions, as well as the fact that deployment of capital is a bit more challenging.

Ironically, the large amount of dry powder is also a contributing factor in slowing momentum in fundraising activity, notes Peter Ciganik, managing director with GTIS Partners, a global real estate investment firm. “It takes several years to deploy the large amounts of capital that have been raised over the past few years,” he says.

Real estate remains an attractive asset class and there is still a healthy amount of capital flowing into the sector. That being said, there is a bit of a downward trend line forming, notes Mike McMenomy, global head of investor services with CBRE Global Investors.

Global private equity real estate funds raised $108 billion in 2016 as compared to the $123 billion raised in 2015, according to Preqin’s 2017 Global Real Estate Report. According to the firm’s latest survey, while investors do intend to increase their target allocations over the longer term, they do not plan to increase their investments during 2017.

The pullback is likely a sign that fundraising has reaching its peak for this market cycle. “After returning record amount to investors in the 2013-2015 period, fundraising gained momentum and dry powder is now at an historical high,” says Bronwyn Bailey, vice president of research and investor relations at the AIC. “At this point, fund managers are focused on how to put that capital to work by investing in deals. The challenge for them is current high valuation levels, which dampen deal flow.”

New capital flowing into the sector has been tempered by a number of factors, including greater caution in the marketplace due to the late stage of the real estate cycle. Other contributing factors to that pullback in fundraising included uncertainty around the outcome of the U.S. presidential election, restrictions on capital flows out of the country enacted by the Chinese government, as well as some large funds that closed in 2015.

The overarching mood among institutional investors and pension funds is to be cautious, selective and patient. Those sentiments are rippling through the marketplace and showed up in actual capital raise in 2016 and expectations for 2017, as well as in asset pricing, notes McMenomy.

That caution is also influencing investment strategy. “As the real estate market completes a full recovery, we believe that successful investment strategy going forward will entail dialing down risk through careful market and project selection; increasing the use of structured investments such as mezzanine debt or preferred equity to protect against cost increases; and focusing on existing assets with solid cash flows,” says Ciganik.

One sector where GTIS still sees a lot of opportunity is the single-family rental sector. While commercial real estate in key markets has fully recovered and is now about 30 percent above its pre-crisis valuation peak, single-family home values are still below the peak and only about three-fourths of the way back to where they should be on a long-term trend supported by income and affordability levels, notes Ciganik.

Although the dip in fundraising is modest, it is certainly enough to be felt in the private equity marketplace. According to Preqin, the fundraising market remains highly competitive for the 525 fund managers currently on the road in January 2017 that were seeking a combined $177 billion.

The decline in new capital coming in may exacerbate the challenge for new managers and smaller funds to attract capital. There is already a big gap in the private equity market between the “haves” and “have-nots.” The majority of capital is flowing to the top funds and fund managers, and the broader trend in the industry to consolidate the number of manager relationships has only contributed to that growing bifurcation.

Despite predictions of a further decline in fundraising in 2017, there are also some factors that could bode well for more capital flowing into the sector this year. For example, the U.S. remains an attractive target for foreign investors. “Although it is late in the cycle, the U.S. real estate market seems stronger than most of its developed market peers, with positive economic fundamentals and demographics providing a tailwind,” says Ciganik.