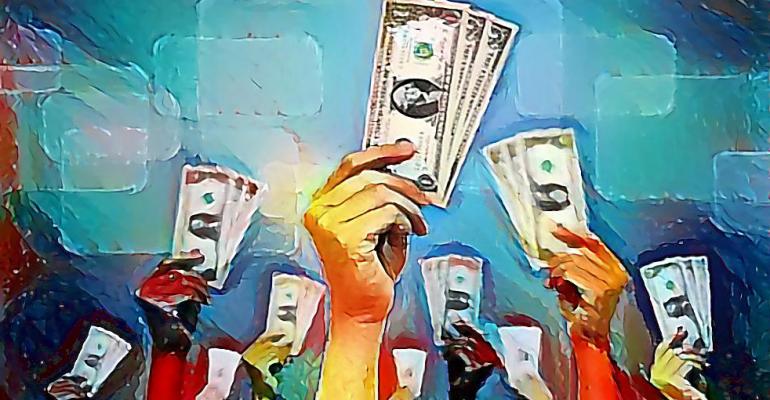 Top sector players have been trying to find new ways to appeal to investors.

While commercial real estate crowdfunding firms haven’t disrupted the market, the top players have worked to continue to raise capital and find ways to make their bets.

There are some situations where there are gap equity requirements that are well-suited for crowdfunding, for example. Crowdfunding might be a viable alternative for a property with a maturing legacy CMBS loan that requires extra equity in order to complete a refinance.

“I also think it is really going to be the best fit for properties that are well below institutional investor’s radar screen,” says Jay Maddox, a principal in the capital markets group at real estate services firm Avison Young in Los Angeles.

Maddox was an early adopter of real estate crowdfunding. He originated and closed a $3.2 million crowdfunded construction loan for a retail project in Arizona with Fundrise in 2015.

The introduction of crowdfunding sparked speculation that crowdfunding platforms would leverage technology to cut out the middle man in sourcing debt and equity capital. “It hasn’t been the big disruptor that a lot of us were expecting when crowdfunding first burst onto the scene,” says Maddox.

And while the sector is poised for further expansion, there are still some significant hurdles in the path of growth. Sponsors are wary of execution and funding risk, he adds.

However, as crowdfunding marketplaces are getting bigger and more investors are coming onboard, the power to raise equity through this marketplace is growing, says Tore Steen, co-founder and CEO of CrowdStreet Inc. Initially, many sponsors have been looking to raise $1 million to $2 million as a supplement to their existing base of investors. Those levels are now moving to $3 million to $5 million. CrowdStreet’s largest equity raise on a single offering to date was close to $8 million. “There could be a day down the road where players that have traditionally raised money for institutional investors could be looking at this retail channel as a supplement, or even as an alternative when it gets big enough,” says Steen.

In addition, as more sponsors try crowdfunding they are realizing it may be an efficient way to raise capital from retail investors, adds Steen. “It is teaching them the power of leveraging technology for a fundraising process that has been done for decades now in a very offline, manual way,” he says. Sponsors are recognizing that they need to innovate in the way they deal with their own investors on their own websites, he adds.

New kid on the block

Crowdfunding is still the new kid on the block in the commercial real estate capital world.

RealtyMogul emerged as one of the early players in real estate crowdfunding. Since the firm launched in 2013, it has raised more than $280 million in equity through its online real estate investing marketplace.

“We’re entering a space where, historically, there has been no opportunity to invest in real estate online through either private placements or public non-traded REITs,” says Elizabeth Braman, senior managing director at RealtyMogul. So a big part of the heavy lifting for crowdfunding firms is re-educating a marketplace and investor base that the product is available, she says.

CrowdStreet is another real estate crowdfunding platform that is on track to reach over $150 million in equity fundraising on its online platform this year. That volume is more than double the $80 million the company raised during its first two and a half years, from when it launched in April 2014 through the end of 2016. “We have spent a lot of time on content development here at CrowdStreet to educate investors about this asset class that they traditionally have never invested directly into,” says Steen.

Currently, CrowdStreet has more than 25,000 registered investors on its marketplace. In addition, among its active investors, over 55 percent are repeat investors.

Initially, crowdfunding firms were limited to marketing offerings only to accredited investors through Reg D 506(b) private placements or through Title II of the Jobs Act 506(c) general solicitations. “That has been our bread and butter. We have been raising capital from the accreds in our database for the first three years of business,” says Braman. Generally, these private placement offerings have target capital raise amounts of between $1 million and $5 million, she adds.

Crowdfunding firms are hoping to use eREITs to pull more money away from the non-traded REIT sector, which has seen fundraising slide in part due to new regulations and increased transparency on what has historically been a high front-end load fee structure. Traditionally, non-traded public REITs have had high fee loads of 10 to 15 percent. In comparison, crowdfunding firms have been able to leverage their direct-to-investor online platforms to offer no or very low fee structures.