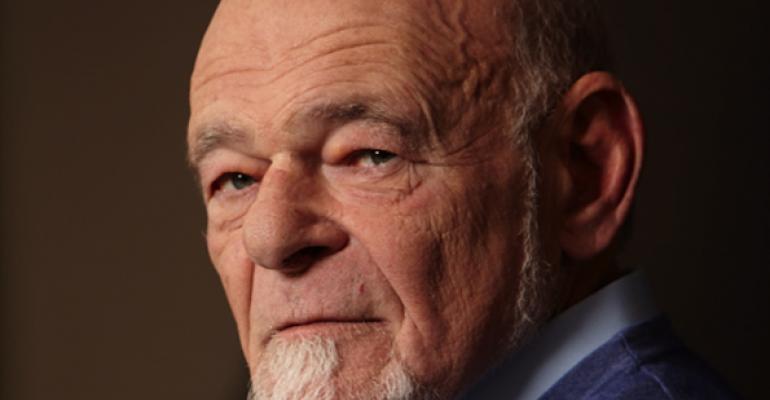 The search for attractive investment opportunities was the main theme at EisnerAmper’s fourth Private Equity Summit, which took place in New York on September 28. Featuring Equity Group Chairman Sam Zell as keynote speaker, the event attracted its share of drama, with protestors confronting Zell about losing their homes. The protests delayed the event by 20 minutes and cut short a Q&A session featuring Zell, with a heckler telling the audience “I don’t respect that man on the stage,” and admonishing Zell “You’re displacing people!”

Zell, for his part, didn’t mince words either. He noted that he doesn’t see much opportunity in the capital markets today. “Our whole world was built based on the assumption the pie would grow. Nobody has come up with a solution as to where that growth will come from,” Zell replied when asked about his assumptions for the next decade of real estate investment.

Although experts at the Sept. 28 conference spoke about a variety of factors impacting investment strategies this year, the main thread was the search for opportunity. Industry pros expressed mixed feelings about the near-term prospects, saying there are sources of investment opportunity in the market, but they are spotty.

As commercial property prices continue to rise and interest rates remain low, private equity players see increased opportunity in transitional mortgage lending for 2017. According to panelists speaking at “A Fistful of Dollars: A Debt Market Update” session, bridge lending platforms are looking for deals right now, but stronger competition is forcing them to price at more aggressive rates, currently about 8.0 percent instead of the traditional 10.0 to 12.0 percent.

“Where we find the most opportunity is in our transitional business, effectively lending on a more transitional asset than a bank would do,” said Matt Salem, director and co-head of real estate credit at private equity firm KKR.

John Lippman, senior director at New York Life Investment Management, said his company has expanded its bridge lending and construction loan targets to make more investments in the years ahead.

“A lot of developers have needed financing, facing a gap. Construction lending tightened,” said RXR Realty CFO Michael Marturo. He added that many developers are willing to offer lenders profit-sharing and base returns when the project is completed in exchange for financing. That’s quite alright with mezzanine debt investors, who are looking more for financial investment than strategic investment, panelists said. They anticipate mezzanine lending activity will increase and provide more opportunity next year, with $140 billion in CMBS loans maturing in 2017.

Panelists also said they are seeing cases of “leverage on leverage” with mezzanine loans, but it’s still difficult to achieve given the increased risk awareness and discipline underwriters are displaying post Dodd-Frank.

Panelists also reiterated that the regulatory environment by the end of the year will not be favorable to balance sheet lenders, and that’s one reason that non-regulated entities such as Blackstone will make further inroads as financiers.

Another group making inroads in the U.S. market next year will be foreign investors, according to speakers at the panel “They’re (Still) Coming to America: Foreign Investment into U.S. Real Estate Deals.”

“There is still a lot of opportunity in greenfield development. The U.S. is still a port in the storm and real estate is top of mind,” said Dr. Sam Natapoff, president of Empire Global Ventures, a New York-based investment firm representing foreign capital from China, Canada and North America.

The U.S. is playing host to a third wave of Asian investors, Dr. Natapoff noted, saying the first and second waves comprised institutions and ultra-high-net-worth individuals.

There’s been a 20 percent increase in U.S.-bound investment from the Middle East year-over-year, according to Paul Homsy, principal with Dedham, Mass.-based private equity firm Noonmark Capital. Homsey said offices in the Middle East are looking for yield and have pursued investments in Nashville, Tenn., Austin, Texas and Cincinnati. These investors like to work with local partners in the U.S. and often make strategic joint ventures.

“The issue is more recently did we see peak pricing in 2015? They saw primary cities as oversaturated, so they moved into secondary cities,” said Roland du Luart, managing partner and head of the U.S. group at LFPI, a French firm that specializes in multi-strategy alternative asset management.

Most foreign investors are looking for income-producing, yield-focused properties, according to Jeffrey Torto, senior managing director with CBRE Global Investors.

Panelists said the foreign investors they represent are waiting for the election results to discern the future drafting terms for EB-5 visas. Because of her stance on immigration reform, a Hillary Clinton administration could be favorable for EB-5 investors. A Trump administration could put the program’s future into question.

In his afternoon address, Paul Massey, co-founder of Massey Knakal Real Estate Services and New York Mayoral hopeful, shared his vision of building more affordable housing if elected as the city’s next mayor. The real-estate-magnate-turned-politico said the aged affordable housing stock will create a need for partnerships between the mayor, the city government and developers, but he was confident he could increase the amount of quality affordable housing in New York. Offering more developer incentives is one approach he listed.

“I think our current mayor is really challenged with leadership and management,” which makes achieving goals difficult, Massey commented. 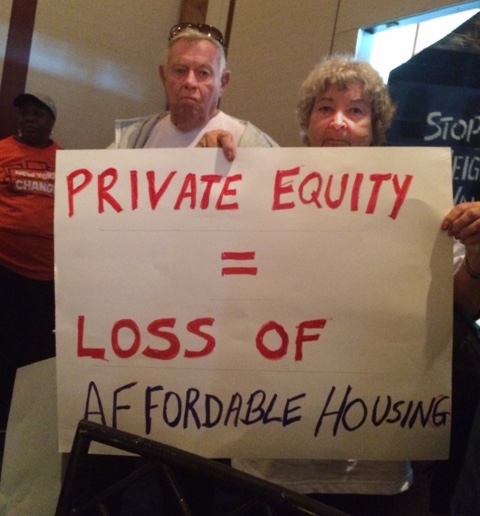