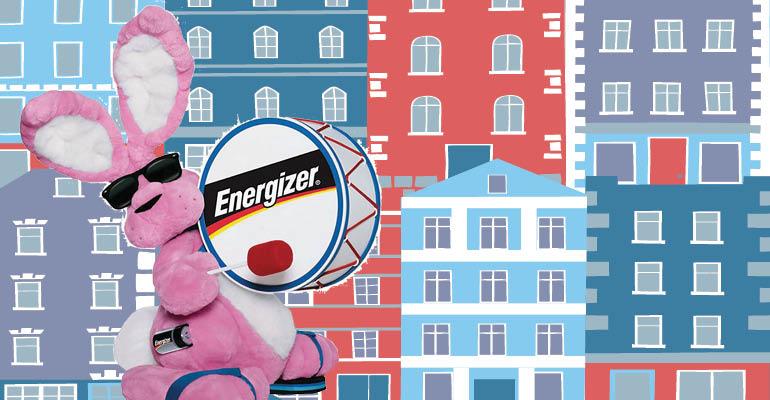 Seventh Inning Market Cycle Stretches On, And On

The current growth phase is proving to be the energizer bunny of real estate market cycles, and it appears that there is still plenty more power to keep it going.

Since hitting bottom in 2009, the current cycle is now entering year eight of its upward trajectory. And despite signs that growth is slowing, or even flat in some cases, the common view is that this prolonged growth cycle will stay the course for at least another year—if not longer.

The real estate cycle is stretching out along with the current period of economic growth. “One of the reasons it has been so prolonged is that we came out of the recession and the financial crisis in 2008 and 2009 and we didn’t have the typical bounce back characteristics,” says William E. Hughes, senior vice president of Marcus & Millichap Capital Corp. Employment growth, for example, started out slow and has risen gradually. Low wage growth has also kept inflation in check.

After the outcome of the election, real estate services firm CBRE revised its outlook and is now predicting that a recession won’t hit until 2019. “We have more optimistic growth expectations because the new administration is likely to have more fiscal stimulus and tax cuts, less regulation and greater infrastructure spending than we might otherwise have had,” says Spencer Levy, head of research, Americas, at CBRE.

One wild card in that projection is that growth could come with higher inflation. “The risk is that the Fed will raise rates too quickly, and if they were to do so, it could put a damper on the economic recovery cycle and it could lead to a premature recession,” says Levy.

The big question is whether the expectations for continued economic growth will translate into greater demand for real estate space, which would help further extend the real estate cycle. These are questions that are still being answered, because it will take time for any real policy impact to be felt, says Levy. However, the sentiment is very real and it is being felt right now in terms of higher bond rates and record-high levels in the stock market, he adds.

What’s ahead for cap rates?

Another near-term question is how higher interest rates  will impact pricing and cap rates, especially in this mature stage of the real estate cycle. Given the rise in interest rates that has already occurred, cap rates have likely reached their low point. At best, cap rates will be flat or slightly higher in most markets this year due to higher capital costs.

Since October, the 10-year Treasury rate is up about 65 basis points to its current level around 2.3 percent. Yet the impact on cap rates has been minimal. CBRE examined 189 commercial real estate transactions with more than $10 billion in aggregate value that had priced, but not closed post-election, between Nov. 9 and mid-January. Seventy percent of those deals proceeded with no change in price, while the remaining 30 did undergo price adjustment with an average price increase of about 3.0 percent.

Cap rates on U.S. commercial real estate remained largely stable in the second half of last year as prices softened slightly, according to CBRE’s North America Cap Rate Survey. Ongoing investment demand, especially from foreign buyers, counteracted the rise in interest rates and concerns about the maturing market cycle. The industrial sector remained the most stable, with cap rates for stabilized assets that were unchanged in the second half of the year at 6.7 percent. Retail neighborhood and power centers saw the biggest increase in cap rates of 18 basis points, to average 7.12 and 7.54 percent respectively.

CBRE is predicting that the 10-year Treasury will rise to 3.0 percent by the end of the year and 3.5 percent by mid-year 2018. Unless inflation takes off, the actual interest rate increase might be lower, notes Levy. However, even a 50 to 100 basis point additional increase in interest rates is clearly going to have an impact on cap rates, even in gateway markets, although it will have a bigger impact on secondary and tertiary markets.

Going forward, the key to determining what happens with cap rates in individual metros and property sectors is how deep the bidder pool is and whether there continues to be strong demand from foreign buyers, notes Levy. “If capital flows stay strong, you’re going to see minimal impacts on cap rates, even with softening fundamentals,” he says.

Some of the factors that have helped to prolong this market cycle are still in place. The amount of capital, both debt and equity, in the marketplace has helped sustain this market cycle. Development has remained in check. Even the surge in multifamily construction has generally kept pace with the demand coming from a growing renter pool.

Overall, property fundamentals across the board remain solid. “Some markets shine a little brighter than others, but it is still pretty positive,” says Michael T. Fay, principal and managing director in the Miami office for real estate services firm Avison Young.

Prior to the election, there was a noticeable drop-off in the number of interested buyers chasing properties. Properties that had previously been attracting 15 to 20 bidders saw the bidder pools shrink to seven to 10, notes Fay. At the same time, underwriting became a bit more stringent and the price variation between the low and high bid was starting to narrow, he says. “We still have a lot of buyers. But I think the buyers are going to be less aggressive because they know interest rates are on the rise,” says Fay. In addition, the rising interest rates are likely to result in more for-sale product coming to the market over the next six to 12 months, and that increased supply could also impact pricing, he adds.

The higher interest rates, in combination with the maturing market cycle, are creating more caution for both investors and lenders. However, people have been talking about the prolonged cycle for some time. “Whether you want to say that we are in extra innings or the second game of a double header, the thing that gives me confidence is that we are not seeing cracks in basic property fundamentals,” says Hughes. Although there are signs that absorption and rent growth are slowing, occupancies remain stable in most markets.

That being said, each secto has its own cycle. Hospitality, for example, is in a mature stage and investors are looking at acquisitions in that sector more conservatively. High-end apartment buildings are also receiving more scrutiny, while investors are more bullish on the outlook for workforce housing, notes Hughes.

“We at Marcus & Millichap are really pretty enthusiastic about 2017 and beyond,” says Hughes. “There has been a little bit of a pause, but when investors settle down and get a sense for what is going on with the government and what is going on with interest rates, the commercial real estate arena really sits in a pretty advantageous spot.”