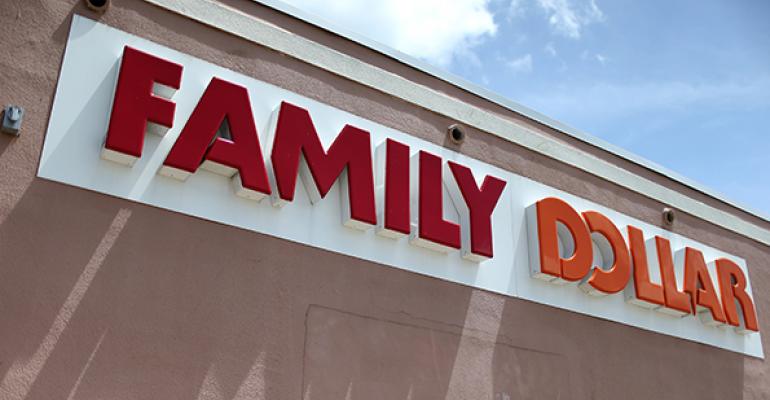 As Some Retailers Stumble, Dollar Stores Continue to Show Strength

This sector is less affected by competition from&nbsp;e-commerce because it competes via convenience and price.

The dollar store segment is benefitting from current trends in the big-box retail space and national economy, taking this time to expand current store models while experimenting with smaller spaces geared toward customer’s convenience.

This sector is less affected by competition from e-commerce because it competes via convenience and price, according to Howard Davidowitz, chairman of New York City-based retail consulting and investment banking firm Davidowitz & Associates.

The strength of the dollar store segment during and after the Great Recession highlights the tale of the two Americas trend in retail.

“There are more people in trouble; the middle class is working fewer hours for less pay. There is a real future in a strategy that undersells the competition. That's why I'm optimistic about this segment. I think the distress in the middle class will continue,” Davidowitz says. “What's winning is offering the best deal. If it's cheap and convenient, growth is almost assured.”

Dollar stores are currently in an expansion push. Dollar General plans to build about 1,000 stores in 2017, according to Randy Blankstein, president of national net lease commercial real estate firm The Boulder Group. As of February 3, 2017, Dollar General operated 13,320 stores. Its rival Family Dollar/Dollar Tree opened between 500 and 600 locations in 2016. The retailer operates a total of 14,200 stores under both banners in 48 U.S. states and five Canadian provinces.

“We are still seeing them move to freestanding locations when possible, as opposed to strip centers with two or three anchors,” says Blankstein about the dollar store operators. Dollar stores are looking to expand their market share—tracking smaller markets to open first in and stake a monopoly, Blankstein adds, noting that most of these markets only have space for one dollar store.

As retailers chase the Millennial shopper, dollar store operators are also making sure not to be left behind. Dollar General, for example, is experimenting with two new store concepts: DGX and DG Plus.

The DGX concept entered the testing phase in 2016. At 3,400 sq. ft. (compared to the retailer’s standard 7,300-sq.-ft. store size), the company says on its website that DGX will offer high-volume checkout lanes, to-go goods for immediate consumption and “limited assortment of grocery offerings, pet supplies, candies and snacks, paper products, home cleaning supplies and an expanded health and beauty section.”

The small-format concept is aimed at Millennials in urban markets, Blankstein says, adding that DGX is being done as a “small test rollout at this point, waiting for results before they expand further.” Two locations are set to open this year in Raleigh, N.C. and Nashville, Tenn.

“New concepts stress convenience with smaller locations closer to the consumer. They are asking: ‘do we need more food as a concept or more dense locations?’ But there is not a lot of proof as to what works at this point. At this point, they are now trying to test a variety of concepts.”

Blankstein adds that that more than 95 percent of dollar stores’ expansion is currently happening through regular store formats.

In Dollar General’s fourth-quarter and fiscal 2016 financial results, the company reported that same-store sales for full fiscal year 2016 grew 0.9 percent. It primarily attributed the growth “to an increase in average transaction amount accompanied by traffic that was essentially unchanged as compared to the prior year. Same-store sales were driven by positive results in the consumables and home products categories partially offset by negative results in the apparel and seasonal categories.”

Meanwhile, private equity firm Sycamore Partners made news on April 5 when it revealed that the 330 Family Dollar stores it acquired from Dollar Tree in 2015 “can no longer operate as a viable stand-alone business.” As a result, Sycamore plans to sell those stores, which it has operated under the Dollar Express banner, to Dollar General. FTC will make a decision on the proposed divestiture following a 15-day comment period.

Sycamore will close all of the 330 Dollar Express stores unless divestiture approval is granted, according to research firm CoStar. The Houston Business Journal reported that Dollar General plans to refurbish most of the stores and re-open them under the Dollar General banner.

As for Dollar Tree, the discount retailer reported in its fourth-quarter and fiscal 2016 financial results that same-store sales increased by 1.8 percent. Consolidated net sales jumped 33.7 percent to $20.72 billion from $15.50 billion a year ago. The report noted, however, that “the $5.22 billion increase was the result of $4.42 billion in incremental net sales from the acquired Family Dollar stores, sales from new Dollar Tree stores, and a 1.8 percent same-store sales increase.”

Institutional interest in the net leased dollar store sector is waning due to an “aggressive run” on these properties one to two years ago. Now institutional investors are facing a concentration issue and are pausing on further investment to keep their portfolios balanced. This year, most of the transactional activity has been done by individuals and family office type buyers, Blankstein notes.

In a market of increasing supply, but less institutional activity, individual investors and family office firms have more opportunities to choose a store showing better fundamentals in terms of sales and dominance in the market, according to Blankstein. “This is a time to be picky. Investors will be more focused than ever on real estate fundamentals than in years past, more toward fundamental real estate values than seeking yield,” he notes.

Cap rates for net-leased retail as a whole have flat-lined in the first quarter, but cap rates on dollar stores are up 10 basis points year-over-year, according to Blankstein.

“Interest rates play a big role in retail cap rates. There is still a lot of uncertainty—surety and conviction is gone. Crosscurrents in the administration and economy are contributing to this. With what has been going on with big-box space and the economy, the dollar store sector has been a beneficiary of that,” he says.