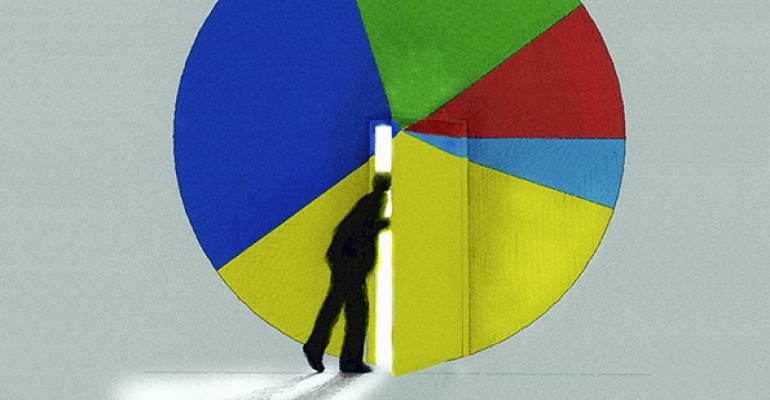 Ten years ago, the Tenant in Common (TIC) industry was at the top of its game. The fractional ownership structure had become a favorite for 1031 investors looking to defer capital gains and trade-up to larger, more expensive properties. At its peak, TICs were raising more than $3 billion in equity annually, including $3.6 billion in 2006.

The financial crisis was a death blow to the sector. Transactions dried up and fundraising ground to a halt. At the same time, the downturn exposed some flaws in the structure and TICs took a precipitous fall from grace. Stories of properties under water were all too common due to inflated purchase prices, high leverage loans and, in some cases, even charges of wrongdoing by the TIC sponsor.

After a very public implosion, TICs slipped quietly into the background. Now the remaining legacy TIC deals are once again moving to the forefront as TIC ownership groups try to resolve their maturing 10-year loans. At the same time, the securitized 1031 is staging a big comeback with a new vehicle. TICs have been cast aside in favor of fractional ownership deals structured as a Delaware Statutory Trust (DST).

One of the “dirty little secrets” in the remaining wall of CMBS loan maturities is a large number of loans that were originated by TIC syndicators, says Jay Maddox, principal in the capital markets group in the West Los Angeles office of real estate services firm Avison Young. TIC owners—more than any other ownership group—overpaid for assets, and those loans could be a big source of problem loans in the coming year, Maddox notes.

Although many TIC syndicators are no longer active, the properties themselves are still owned by the TIC structure that was initially set-up. “I think you will see a lot of those loans end up foreclosed by the special servicers,” says Maddox. Some deals are still under water. Another big challenge for TICs is that co-owners must agree unanimously to a particular course of action. That unanimous agreement has been difficult to achieve given that TICs can include up to 35 individual investors. In addition, many groups are unable or unwilling to put additional capital into a property to deleverage an asset or get it back on its feet.

As a firm that specializes in providing a secondary market for commercial real estate by buying out limited partner interests, QuickLiquidity comes across quite a lot of TIC deals where owners are looking to exit. In part, TICs struggled with the same problems that hit a lot of property owners in the recession—bad timing, says A. Yoni Miller, co-founder and chief marketing officer at QuickLiquidity. “Most of the TICs that we have seen weren’t conservative enough,” he says. TICs paid too much; properties were too highly leveraged; and they didn’t have the money to put back into the property to keep it afloat, he says.

Inland Real Estate Exchange Corp. (now Inland Private Capital Corp.) was very active in the TIC market pre-recession and remains a major player in the 1031 securitized market. Inland is one of only a few sponsors that are still in the market and standing behind its legacy TICs. Inland has already monetized many of the legacy TIC deals that it helped structure prior to 2008, and the company is just “scratching the surface” on about $1 billion in full cycle activity, according to Keith Lampi, president and COO of Inland Private Capital Corp.

Some of Inland’s TIC properties have been sold, while others have been refinanced and converted to the DST structure. In cases where neither of those solutions works with a distressed property, Inland has helped to work those out by tax deferring investors out of those programs and into another investment program that puts them into a position to rebuild equity over time, says Lampi.

One of the big selling points of TICs and securitized 1031 deals, both then and now, is that it gives individual investors the ability to pool their money and buy a stake in larger, institutional quality assets. The securitized 1031 industry not only still exists, but it has come “roaring back” in a big way, says Lampi. In 2015, securitized 1031 deals surpassed $1 billion in equity raised and projections for 2016 are for equity raised to reach $1.5 billion. However, in the post-recession market, the 1031 securitized structure or “wrapper” has changed. The industry has navigated away from TICs in favor of the DST.

In 2004, the IRS provided guidance for DSTs to be considered for like-kind real estate in a 1031 exchange. But the vehicle didn’t take off until after the recession, when the industry was searching for an alternative to TICs. “The two structures are actually quite a bit different, and there are a lot of unique improvements that the DST structure brings to the table when compared to the Tenant in Common structure,” says Lampi.

For example, TIC investors have voting rights on major business such as signing a lease, selling a property or refinancing a loan. Approval of any of those actions requires unanimous consent. “When the economic downturn occurred, sponsors had some pretty serious issues herding the investment group to ensure that unanimity was achieved,” says Lampi. DST investors do not have the same voting rights.

The TIC structure also limits the number of investors in any one deal to a maximum of 35, whereas the DST does not have a limit. That allows 1031 investors to more easily diversify reinvestment across several different properties, because the minimum investment levels are much lower with larger pools of investors. DSTs can also include more than one property in a deal in order to provide added diversification.

There has been a big shift in the market going from TICs to DSTs, notes Miller. However, some new TICs are still being created, especially in the case where it is a close-knit group of family members or friends who want to set up a fractional ownership entity. A lot of people have said that TICs are still dead, and they definitely are not at the volume that they were, but there are still a lot of TIC deals still out there, he adds.