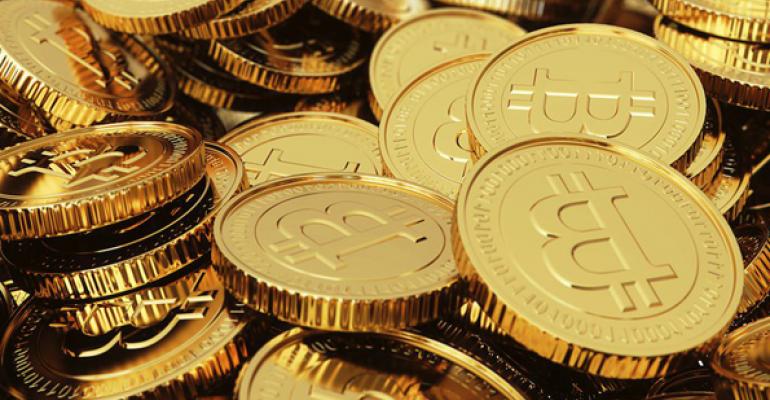 What Does the Use of Digital Currency in Real Estate Crowdfunding Mean for Investors?

With Bitcoin becoming more ubiquitous in our lexicon, it was only a matter of time before the digital currency found its way into real estate investing. Real Estate crowdfunding platform Brelion has been the first to announce it will now accept Bitcoin for pre-selected residential and commercial properties.

The concept of using Bitcoin to fund property investment is even more novel than that of real estate crowdfunding itself, which has slowly gained traction in the past few years.

Real estate crowdfunding platforms are a relatively new development and they have not yet endured a down market cycle, says Jim Costello, senior vice president at New York-based data and analytics firm Real Capital Analytics (RCA). "If they face any challenges, it would be more likely to come from challenges in the management of these companies or broader problems in the property market.”

Vadim Kleyner, Brelion founder, says that as a crowdfunding platform the company has completed financing of 52 deals totaling $7 million. Now the firm is turning its attention to cryptocurrency.

The addition of Bitcoin to Brelion has been more than three months in the making as the firm worked to satisfy anti-money laundering regulations by the SEC. By only allowing accredited investors to use the platform, Brelion satisfies SEC’s know-your-customer standard as well.

“I’m a techie, passionate about innovation. I started Brelion with a focus on crowdfunding and just expanded to Bitcoin,” Kleyner says. “My motivation is [about] how far can we push technology.”

Brelion will rely on an all-or-nothing model in its new endeavor. Should the full amount of funding not be raised investor Bitcoins will be returned. If the full amount necessary is raised, the deal will proceed. Brelion’s first Bitcoin offering is a single-family investment home in South Euclid, Ohio, which was vetted through the firm’s 90-point process looking at characteristics of the property and the MSA. Each of Brelion’s project is done in conjunction with a project manager, in this case Smartland Residential.

Disbursement of the investment funds varies with the project. For the South Euclid home, half of the money will be used to purchase the property and the other half to pay for renovations.

Interest will be paid as soon as the deal goes through and Brelion breaks escrow. For this particular deal, Brelion plans to pay its Bitcoin investors a preferred return of 12.0 percent over a 12-month period (the firm keeps 1.0 percent of the 13.0 percent stated online) and return the investor’s initial investment. The minimum investment is five Bitcoins and the maximum is 10.

Using Bitcoin for transactions can pose some security risks. The recent Bitfinex hack—which resulted in 120,000 Bitcoin stolen (valued at $72 million)—coupled with the 2014 hack of Mt. Gox (estimated at over $450million) highlight potential safety concerns in ensuring the currency is kept secure. Brelion utilizes both the coinbase exchange and the case wallet to keep Bitcoins it is holding in escrow secure. The case wallet’s multi-sign feature with three-layer encryption severely limits the probability of an outside force compromising the escrow.

Bitcoin represents a currency option for investors who have limited faith in regular currency.

“The use of Bitcoin as a source of capital [for] the fund is immaterial. Whether it is U.S. dollars, yuan, euro, gold, whatever an investor is accepting, the important issue to consider is whether there is a market that treats it as a store of wealth and can it be converted to U.S. dollars to buy properties here,” Costello says.

Kleyner may agree. His reasoning for using Bitcoin is its current domination of the cryptocurrency market— with approximately 79.9 percent market cap at time of writing, according to coinmarketcap.com—but should another cryptocurrency become prevalent, the processes set by Brelion could utilize that.

“We understand we are taking a risk and Brelion might lose money [if the value of Bitcoin fluctuates]. But this is our pilot program that we are using to set systems and processes and see what we should change,” he says. “We know the value could fluctuate, but it is not our biggest concern. Once we understand the process and we know the system is in place we will look to scale and could move to another cryptocurrency.”