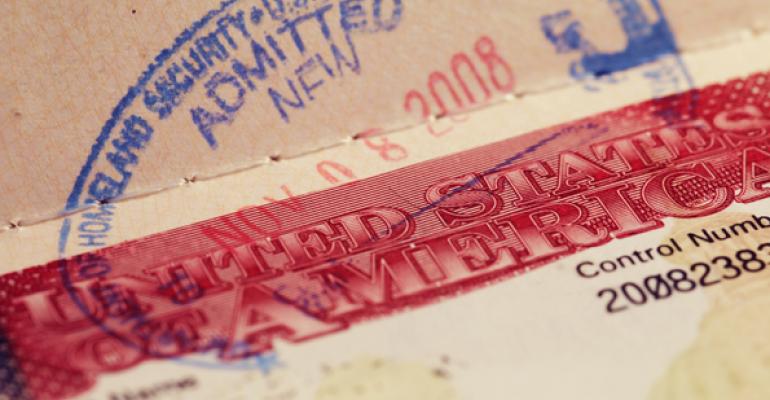 If lawmakers take no action soon, the EB-5 Visa program could face extinction, as after April 28, the temporary extension that’s keeping the program alive will expire. The merits of both program reforms and another temporary extension are being discussed by the parties involved, sources say. But in light of what’s been brewing lately in terms of EB-5 talks, not everyone will leave the negotiations table satisfied.

On January 13, the U.S. Department of Homeland Security (DHS) and U.S. Citizenship & Immigration Services (USCIS) issued a notice of proposed new regulations for EB-5, with comments required by April 11.

But the proposed changes were created under former President Obama’s watch, and President Trump has since insisted on no new regulation being adapted by any of the government agencies until the new administration has had a chance to review them. It is, therefore, unclear whether EB-5 program changes will pass and be worked into theEB-5 regional center program when the continuing resolution backing it comes due on April 28.

Now lawmakers are mulling legislative proposals for the program, according to Robert Divine, head attorney in the global immigration group of Memphis, Tenn.-based law firm Baker Donelson. Divine served as chief counsel of USCIS from 2004 to 2006. Of these new proposals, he says that some propose minimum investments amounts of $800,000 and some of $1 million “for the low number for minimum investment for certain disadvantaged areas—with differing additional amounts for the higher ‘normal’ number.”

“The move by [President] Trump to say no new regulation on EB-5 is a good thing in my opinion,” says Edward Beshara, founding attorney of Beshara Professional Association, which specializes in representing investors and developers in EB-5 legal matters. “Legislation will be more a definite and certain route. Predictability, certainty and clarity is what foreign investors want,” he says.

Unless there is another continuous resolution, "the EB-5 industry would rather have a longer five-to six-year extension, even if the changes are not liked. Once the program has been extended there will be a general acceptance of the changes, liked or not," Beshara notes. “Everyone is looking at new legislation in USCIS,” he says, adding that some clarification is there, but details are limited.

“We are essentially still in the same place as we have been for a while, where various proposals have been made ranging from termination to overhaul,” says Wei Xie, a research manager for real estate services firm CBRE who tracks EB-5 investment.

Extending the program with changes would involve a complicated political process to work out, according to Divine. The questions that would need to be answered would center around which areas should get the investment dollars and what the minimum investment amounts should ultimately be.

Navigating the fate of EB-5 is complicated because of its deal structure: both domestic and foreign investors are involved in these types of projects, as are multiple public institutions, from governmental agencies to regional centers that deploy funds.

Between 80 to 85 percent of EB-5 investment volume comes from Chinese investors, according to Beshara. He attended the January EB-5 conference in Las Vegas, which included more than 50 Chinese Tier 1 and Tier 2 investment agents who function as top sources for investors.

“In one panel where agents were speaking, they said the EB-5 industry has four seasons. We are in winter. Winter could be most turbulent,” he notes.

Most agents at the conference didn’t think the minimum investment increase would hinder or diminish demand investor demand, Beshara says. Rather, they are more concerned about visa issues and bureaucratic delays. Chinese demand for EB-5 visas far exceeds the 10,000 total pool for all EB-5 investors. “Right now there is a 16-month average processing time for a 526 because there are not enough examiners or adjudicators in the EB-5 office, Beshara says. In many cases developers [need] investors’ money before they get approval on 526 and conditional residency.

Meanwhile, current competition for foreign funds has led to domestic tension among lawmakers.

With EB-5, investors can invest in a rural area or in a developed city like Miami. The project site that is eventually chosen requires a judgment call by the investor and the agent, Beshara says. “We will see demand for urban areas even if the [minimum investment] amount is higher,” he adds.

Chinese investors tend to gravitate toward big projects in the New York City area, and this has fueled interest in changing the program. New York developers have been winning the legislative battle for the last few years in getting extensions with no changes.

“New York developers keep playing the delay game,” Divine says. “Other parties want an extension for five years, but that will take more agreement in Congress. Others, who are offering projects in truly distressed rural areas, want change,” he adds, calling the current climate “a raw political struggle”

Plus, although the real estate industry contends that the program has generally been successful in creating jobs, it’s also true that cases of funds being misused have been reported. Senators Dianne Feinstein (D-Calif.) and Chuck Grassley (R-Iowa), for instance, are calling for an end to EB-5.

“I think Senator Grassley is expressing long-standing frustration with his efforts to reform the EB-5 program not yet succeeding. Senator Feinstein has been the only senator I know of who truly wants the program to end,” Divine says. “There is a broad-based sense that the program is effective in creating jobs because of the success of projects being completed. I don’t think there is any broad-based support for legislation to end.”

Making the issue even more timely is the Trump administration’s efforts to curb immigration into the country. To that end, USCIS announced on February 3 that it “continues to adjudicate applications and petitions filed for or on behalf of individuals in the United States regardless of their country of origin.”

“Who knows about Trump? One might think he might tend to protect ‘buddy’ developers in New York, but I am not sure he has any positive sentiments about other New York developers,” says Divine.

If Trump will land his support to the proposed EB-5 changes, it would create an interesting dynamic, according to Divine. “It could drive New York players to the negotiating table. The big question is, what would Trump do?”

Beshara is not sure that Trump would be against EB-5, considering his background in real estate development. But any travel ban would create more hurdles for EB-5 investment. “Who is he rounding up? The travel ban for citizens of certain countries covers Muslims and Christians and includes entrepreneurs, executives, and professionals as well as refugees (men, women, and children). There are Iraqis, Syrians, Iranians who are investing in EB-5 [or] want to invest. What about already-vetted Iranian and Syrian clients? Will they be able to apply for a visa after EB-5 investment?”

Divine notes that he expected EB-5 issues would be settled by now. “Is everything going to get kicked down the road until next September?” he asks. “I thought there would be more comprehensive reform by now.”