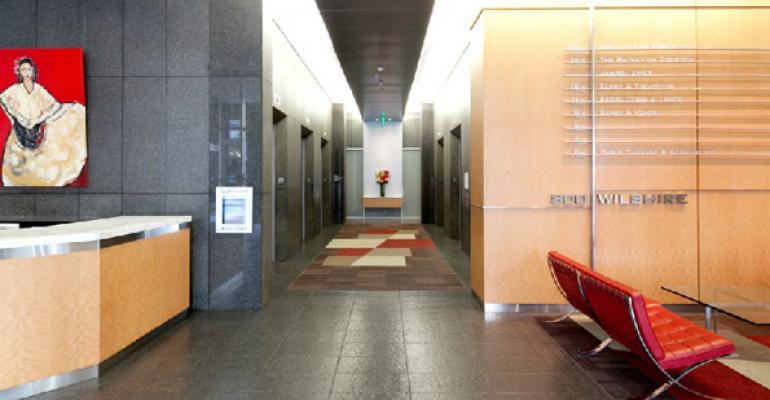 LOS ANGELES—Lincoln Property Co. in conjunction with Angelo, Gordon & Co. has purchased 800 Wilshire. The 220,757-sq.-ft., 16-story office property is located on the corner of Wilshire Boulevard and Flower Street in Los Angeles’ Financial District. The terms of the sale were not disclosed.

“We are thrilled to invest in 800 Wilshire and to be playing a part of the renaissance taking place in Downtown Los Angeles,” said David Binswanger, executive vice president at Lincoln Property Co., in a statement. “This building has a long history of institutional ownership and loyal tenancy, but we were particularly attracted to the unique character of 800 Wilshire’s currently vacant space, which we think will appeal to the growing contingent of creative and technology-driven tenants Downtown.”

Built in 1972, the property was renovated in 2004. In the months ahead, Lincoln plans to upgrade the building’s lobby. Tenants include a variety of industries including law practices, engineering firms and construction companies. The building has vacancies on the 2nd and 16th floors.

“We believe this is the right time to be investing in Downtown Los Angeles, which is becoming an increasingly dynamic market,” said Rob Kane, Vice President at Lincoln Property Company. “800 Wilshire is uniquely positioned in the heart of the financial district, just blocks away from public transportation, new restaurants, retail, and entertainment venues, as well as a rapidly growing residential base.”