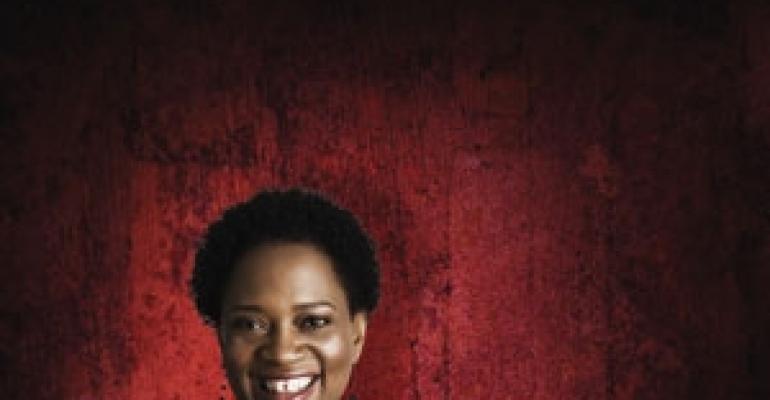 Developer Robin Hughes is committed to more than just putting roofs over people's heads. Her goal is to use affordable housing to spark positive change for individuals, families and communities in Southern California.

It's a calling that has been personally fulfilling. “I was very fortunate to find my desired job so early in my career, and to be able to devote the last 20 years of my career and my life to producing much needed housing in this region,” says Hughes.

For the past 15 years, Hughes has served as president and CEO of Los Angeles-based Abode Communities. When she assumed that role, she faced two formidable tasks.

Hughes needed to continue to maintain the non-profit's already stellar reputation as a market leader in the affordable housing industry. At the same time, she was busy charting her own course to grow the organization while maneuvering through the shifting economic and political climates.

Abode's track record over the past 15 years is a testament to what Hughes has been able to accomplish. She has helped the firm to expand its development capability, completing 25 affordable housing projects including more than 1,400 units.

Hughes has been instrumental in transforming Abode into a multi-disciplined firm with stronger development and architectural functions, as well as the addition of in-house property management and resident services. Under her leadership, Abode has continued to focus on innovative housing design.

Abode Communities is the first developer to partner with the Los Angeles Unified School District on a new mixed-use project. The two entities are teaming up to create 50 units of family housing, a shared parking structure and community space, and an on-site early education center that will be operated by the school district.

The project is located on a former parking lot located directly across the street from the Glassell Park Elementary School. The $28.7 million Rio Vista Project started construction last summer and is scheduled for completion this fall.

Projects such as Rio Vista demonstrate how Hughes has been successful in merging the charitable purposes of the non-profit she operates with an excellent business sense and understanding of the marketplace, notes Lance Bocarsly, a partner in the Los Angeles law firm of Bocarsly Emden Cowan Esmail & Arndt LLP.

But for both Abode and Hughes, the mission is much more than just churning out new units. The goal is to create projects that transform and revitalize neighborhoods and serve as a catalyst for positive physical, social and economic change. “Affordable housing is part of the stepping stone to stabilize families and individuals and help them to live better lives,” says Hughes.

Under her leadership, Abode has fostered cutting-edge projects. In the past decade, the non-profit has emerged as a market leader in sustainable building practices. Abode developed one of the first multifamily properties in California — Casa Dominguez in East Rancho Dominguez — to earn the Leadership in Energy and Environment Design (LEED) platinum-level certification.

“In a city like Los Angeles, leadership is really, really key,” says Bill Roschen, president of the City of Los Angeles Planning Commission and a principal at Roschen Van Cleve Architects.

Technical expertise and political awareness are just two of the traits that a leader needs to push projects forward. Not only does Hughes exhibit those characteristics, but Roschen ranks her among Los Angeles' top 10 leaders in urban building.

“Robin is one of those rare individuals in the city who stands out as a leader and a public conscience,” adds Roschen. “She brings that stature to her work at Abode, which reinforces their mission and provides that visible leadership within the city to support her projects.”

Hughes has guided Abode Communities through a period of incredible change and expansion throughout her tenure. One of her key initiatives has been to build Abode into a multi-disciplined organization.

Abode owns 35 properties throughout Los Angeles County. About half of those are in the city of Los Angeles, while the other half are in cities such as Pasadena, Long Beach and South Whittier.

The non-profit serves more than 5,000 individuals and families in about 2,800 units, all of which are affordable housing units serving residents who earn less than 60% of the median income in the region, or about $55,000 per year for a family of four in Los Angeles County.

The core focus of Abode continues to be the development and operation of affordable housing. However, the organization also seeks to grow its third-party business by offering architectural and property management services to other non-profits. Abode served as the architect for the new Hope Street Family Center in downtown Los Angeles, for example.

Hughes has the tools to get the job done. She earned both a bachelor's and master's degree in public administration from the University of Southern California. She also has earned an Excellence in Community Development Certification from the executive program at Harvard University's John F. Kennedy School of Government.

Hughes also has the advantage of having worked in the private and public sector of real estate finance and community development, including a four-year stint as planning commissioner for the City of Los Angeles in the mid-1990s.

The focus on expansion is a savvy way to create an added revenue stream. Like many affordable housing developers, Abode taps a variety of sources to fund its projects. The foundation for that financing is low-income housing tax credits, which typically represent 55% to 60% of a project's total cost. A traditional mortgage accounts for about 15%, while public subsidies from housing departments and redevelopment agencies fill the gap at about 25% to 30%.

Abode is fortunate to be working in an area that does have a large number of financial institutions that need to meet Community Reinvestment Act requirements. Passed in 1977, the act was designed to encourage commercial banks and savings associations to assist borrowers in all segments of their communities, including low- and moderate-income neighborhoods.

Although tax credit prices fell during the recession, plummeting from a high of about $1.10 per credit to a low of about 75 cents, prices have rebounded in the last year. Abode was able to garner $1.01 per credit on the most recent project that it put out for bid.

“Our challenge is that there isn't the available public subsidies to support the high demand and need for affordable housing,” explains Hughes. Like many states, California is facing a sizable deficit and city and county agencies are facing their own budget crises. Traditional capital sources are further threatened by cuts to federal housing programs.

A decline in public subsidies could be a big blow to Abode and the broader affordable housing industry. At Abode, public subsidies represent up to 30% of project financing, or about $7.5 million on a typical $25 million development.

One solution for Abode is to expand its geographic scope outside of Los Angeles County into other Southern California counties such as Ventura, Riverside and San Bernardino. Another strategy is to pursue more cost-effective acquisition and rehab projects versus more costly new development.

A financial crisis amid the slowdown prompted Abode to rein in development activity from 10 to 12 projects in its pipeline to eight or nine. The projects vary from the early stages of site acquisition to properties under construction.

“It was a challenging time in the market a couple years ago. We strategically decided to readjust our production goals, but we have been able to maintain a pretty strong pipeline,” says Hughes.

In addition to projects that are in the early planning stages, Abode has two projects under construction and a third slated to break ground this fall. All of those projects reflect Abode's continued commitment to innovation and being a catalyst for change in neighborhoods.

“Robin has taken one of the preeminent non-profit affordable housing developers in California and maintained and expanded its reputation for excellence in the industry,” says Bocarsly.

“What is of equal — or even greater importance — is that she has enhanced Abode's long-term survivability by making sure that it will have the resources to continue to provide affordable housing for many, many years in the future.”