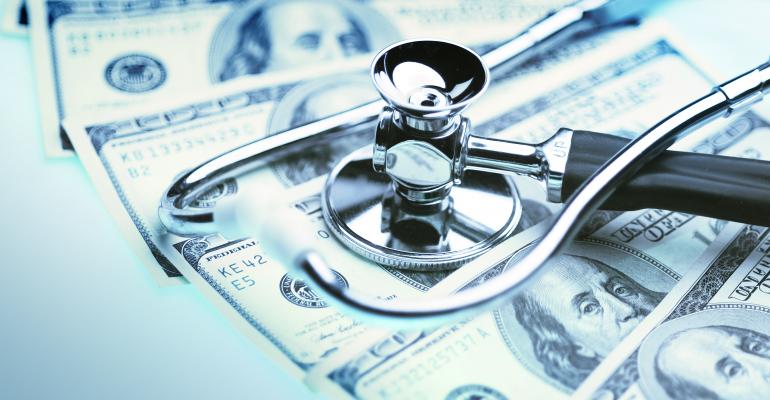 One of the many promises President-Elect Trump made during his campaign was the repeal of the Affordable Care Act (ACA). The complexity behind putting such a proposal into practice riled hospital stocks. A month after the election, the healthcare real estate industry has one eye on the ACA, and one eye on interest rates, sources say, although they don’t consider a total repeal to be systemically possible and are continuing business as usual for now.

“Healthcare and the need to treat is a bipartisan issue, and any changes made to the Affordable Care Act will be long-term transitional,” says John T. Thomas president and CEO of Physicians Realty Trust, a self-managed healthcare REIT. Thomas notes that the ACA would most likely not be totally repealed, but parts of it would be repealed and replaced, and Republicans are looking to Paul Ryan’s ‘A Better Way’ program as the outline guiding their efforts. Even so, repealing and replacing would be a years-long process, he adds.

Trump has indicated that he would like to keep coverage for people with pre-existing conditions and parents’ ability to keep their children under their coverage until the age of 26, but a number of other healthcare mandates, including those on state lines, might be repealed.

Total immediate repeal “is not going to happen,” says Krone Weidler, vice president of investments specializing in seniors housing and healthcare real estate at brokerage firm Marcus & Millichap. “Working through the AFA is a process that is going to take two to four years, and most of what needs to be fixed will be done with amendments, like [what was done with] the 1099 reporting system.”

However, hospital-sponsored new construction could slow down while new legislation is being passed, according to Thomas. He doesn’t think, however, that the repeal-and-replace process will have significant impact on the medical office building (MOB) sector, as “more and more care is being pushed to outpatient centers by commercial insurance and bipartisan politics.”

Nevertheless, the fact remains that most medical office construction is undertaken by hospitals, so reduced hospital-sponsored construction may come with its own caveats.

“I agree that hospital construction plans could be affected. Hospitals are building in more rural areas because those now have access to healthcare—that could face problems,” Weidler says, adding that a slowdown of building in rural areas is possible “until we see what happens with the Affordable Care Act.”

This year was marked by the flight to suburbs for MOB construction as a result of increased pressure for market share, according to Eric Johnson, national director of healthcare advisory services at Transwestern.

In 2015, the industry delivered 14.6 million sq. ft. of new MOB space to the market, according to healthcare real estate data provider RevistaMed. This year, 22 million sq. ft. has been already delivered or will be delivered by the end of December, the firm estimates—representing 1.7 percent of existing inventory.

Investment sales volume in the healthcare sector may be impacted by the possibility of major changes or a repeal of ACA, “but uncertainty at any election can affect investment activities,” says Hilda Martin, principal at RevistaMed. The data giant’s year-end transaction numbers are still being crunched and should be out in February.

Private equity firms, for example, are “spending a lot more on MOB than they have historically,” Martin says. In 2014 private equity players spent $1 billion on MOB acquisitions, accounting for roughly 23 percent of investment sales volume, but in the past 12 months the figure went up to $4.7 billion, now representing about 43 percent of total sales volume. Pension funds and overseas investors are also more actively buying U.S. healthcare real estate, Martin adds.

In addition, healthcare REITs stepped up their spending “to come back as the major player in 2016," according to Johnson.