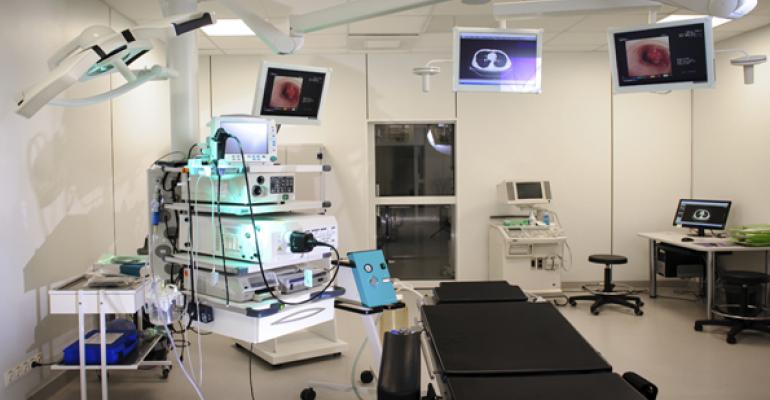 The vast healthcare delivery system is consolidating slowly. The number of mergers and acquisitions reported in the first quarter decreased to an estimated 69 from 71 overall among health and hospice entities, hospitals, physician medical groups and behavioral health facilities, based on figures from “The Health Care M&A Report,” published earlier this month.

Investors looked closely at hospital networks for opportunities to separate the value of the real estate from the core business of delivering health care. In the first quarter, Medical Properties Trust (MPT) finalized its acquisition of Capella Holdings for a total value of $900 million. The deal enhances Medical Properties’ portfolio with seven hospitals with 1,169 beds in five states. As part of the deal, MPT’s interest in the hospitals will be spun off in a sale-leaseback deal, according to the company.

“It is all about scale [for hospitals and health systems], no matter what sector you are in,” says Lisa Phillips, editor of the Health Care M&A Report, which published its findings recently. “There have been several deals where a REIT has come in and purchased the hospital or a hospital system and sold off the operations.”

In the first quarter M&A activity in the health and hospice sector saw the most growth. That group had 18 publicly announced transactions in the first quarter, up 6 percent over volume from the same period last year. Reported deals amounted to $183 million in the first quarter, a 32 percent jump from the same period in 2015, and rocketing up 69 percent compared with the fourth quarter of 2015. Compassus, a national network of community-based hospice and palliative care providers, bought Genesis HealthCare in Kennett Square, Penn., for $84 million, in the largest disclosed transaction, according to the Health Care M&A Report.

Investor interest in those operations is running so high that even private equity firms would get shut out of deals, with some losing out to strategic last-minute buyers after winning a bid, Phillips says.

The change in the number of first-quarter deals is negligible. Large companies have been assimilating smaller entities that they have bought in recent years, as was the case with Kindred Healthcare, which bought Gentiva Health Services in February 2015 for $1.8 billion. The prevailing trend involves private firms assembling platforms of care providers.

“Private equity firms are trying to build platforms to sell to big companies like Almost Home and Health South,” Phillips says. The Centers for Medicare and Medicaid Services, or CMS, is changing the way reimbursements are handled, which will affect the entire post-acute medical care area. “Not only home health and hospice, but rehabilitation, long-term care and skilled nursing, all of those areas are getting stirred up quite a bit now. There is a lot of private equity interest.”

The numbers should be read carefully, though, because deal counts and dollar volumes do not fully reveal what is driving change in the healthcare sector. Most hospital systems operate as not-for-profit entities, and other health care networks are very localized. Medical practices are often managed by entities separate from the properties they operate out of. What really reveals the picture of the healthcare industry are the number of beds changing hands and the ways in which investors structure the deals, especially high profile transactions like Medical Properties Trust and Capella Holdings.

How it all shakes out

The Health Care M&A Report also found that in the first quarter:

Deals among behavioral health providers held steady at eight from year to year. The sub-sector also saw a 38 percent dip from the fourth quarter of 2015.

Transactions in the physician medical group dropped 25 percent year over year to 22 deals, and 11 percent from fourth quarter 2015 activity.

Hospital groups saw 24 deals, just one more than the same period last year, and a 4 percent increase from the previous quarter.

The healthcare sector still has plenty of room to consolidate. Several hospital networks have been buying home health providers, rehabilitation facilities and medical practices, so that they have a whole continuum of care, Phillips says. Ambulatory centers run by small anesthesiology groups, as well as urgent care practices, are other outcroppings that could be harvested into hospital networks.

In most cases, the real estate would likely be spun off from the patient care and facilities management and handled separately, according to Phillips.