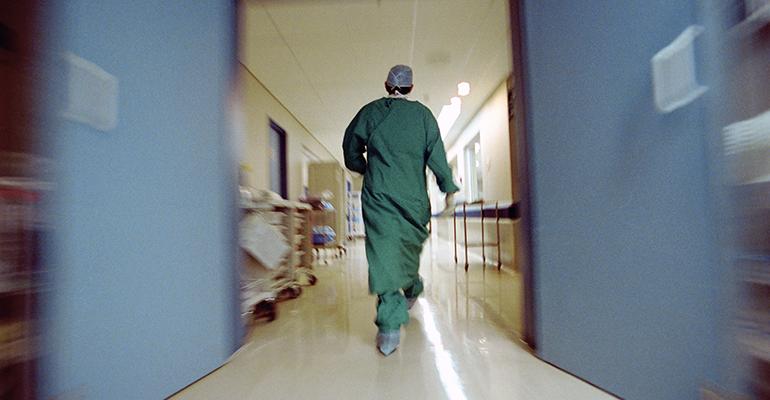 Past Peak: The Market for MOBs Is Slowing Down Amid Uncertainty

With the ACA standing in limbo&mdash;as a law that could be assailed at any time&mdash;private investors are looking at the merits of selling off their medical office assets.&nbsp;

Days after Republican legislators pulled the American Health Care Act (AHCA) from the House floor, acknowledging they lacked the votes necessary to pass it, U.S. House Speaker Paul Ryan signaled he will continue efforts to repeal the Affordable Care Act (ACA). With the ACA standing in limbo—as a law that could be assailed at any time—private investors are looking at the merits of selling off their medical office assets. Meanwhile, foreign investors are deciding whether now is the time to enter the U.S. seniors housing sector.

The decision not to vote on the AHCA proved just how virtually impossible it is to repeal a healthcare law without a ready-to-implement replacement.

“That’s where we are right now and we’re going to have to see what happens,” says Krone Weidler, first vice president of investments specializing in healthcare assets with commercial real estate brokerage Marcus & Millichap.

The ACA repeal would not affect the private-pay sector, which is dominated by seniors housing facilities, but it would impact skilled nursing and specialty care facilities, which are funded primarily by Medicare and Medicaid, according to Robb Chapin, CEO of Bridge Seniors, a national investment firm focused on seniors housing. “For us it is business as usual, as it relates to impact of ACA and tax reform. We focus primarily on the private-pay healthcare sector, which is not affected by Medicare [and] Medicaid.”

In a move that could have more significant repercussions for the industry, there is talk in Washington that Medicaid money might be block-granted to states if a new healthcare bill is passed. Under the block grant structure, there is no guaranteed benefit amount for individual consumers, but rather a set per capita amount of funding given to each state. The block grant structure would essentially reduce Medicaid funding and thus the ability of older Americans to pay for their care.

Further uncertainty in the market centers around interest rates. This uncertainty is cascading through the medical office building (MOB) space, with investors keeping one eye on D.C. and one eye on the Fed policy, according to Weidler. “MOB is in the middle of a geopolitical [uncertainty], we have to hold on to our seats and see what happens,” she says.

“Between that and the uncertainty with healthcare [legislation], there seems to be an uptick with private investors looking to divest. We are getting lots of calls from private investors to draw up proposals to see where they are in the market.”

Private investors comprised the majority of investors in healthcare properties in 2016, accounting for about $3.688 billion of the total investor pool, according to data from Marcus & Millichap and healthcare real estate data firm Revista. REITs followed, acquiring $3 billion in assets. Hospital systems invested $1.7 billion in new properties, but the bulk of that activity was done in the first two quarters of the year. Hospitals pulled back on their investment as the new year approached.

Transactional activity for MOBs declined significantly throughout 2016 before picking up in the fourth quarter of 2016.

“From a brokerage standpoint, we are seeing privately-owned MOBs starting to sell. What is the driver? Uncertainty of interest rates—another 50-basis-points [increase] is anticipated this year,” Weidler says. Across all property types, for every 1-basis-point increase, an asset loses approximately 7 percent of its value, she notes.

“I think transactions by private investors will remain relatively strong through the second quarter. By the end of the year we could start seeing less activity,” Weidler notes. A 50- basis-points increase in interest rates would drive private investors to sell their MOBs, and buyers who feel strongly about healthcare will invest before rates increase.

Private investors that are seeking to hold assets long-term are “jumping in selectively” into MOB deals this year, before interest rates rise further, to mitigate the cost of borrowing, Weidler adds. They are seeking, at minimum, 10-year leases, with creditworthy tenants for properties that are close to or on hospital campuses.

“We have been able to sell those types of properties at a sub-7 cap rate, sometimes as low as a 6 cap rate,” she says.

In an example of creative financing to mitigate the effects of rising rates in this sector, Kavel’s financing team, comprising managing directors Neal Raburn and Cary Tremper, completed Freddie Mac’s first-ever lease-up loan on a seniors housing property for the Oakmont of San Jose, in Northern California. The class-A plus assisted living and memory care community contains 72 beds across 66 units. The financing was structured as an 11-year non-recourse loan with a fixed rate and 30-year amortization. Freddie Mac’s lease-up loans allow borrowers to lock in an interest rate before their project is fully stabilized.

The operator’s established track record was a major factor in securing the loan, which will be used to repay construction debt, according to Raburn. The Oakmont of San Jose opened with 80 percent occupancy and the operator consistently opens properties with 80-85 percent occupancy rates.

Fannie and Freddie are open to lending via a product like this again, but it may only be to a handful of qualifying customers, notes Tremper.

In addition, life companies have become more active in seniors housing finance this year, and borrowers for permanent and bridge loans are generally finding a “vibrant market,” says Kavel. But there are not too many lenders right now willing to finance construction, he adds.

While domestic buyers may be waiting out the political uncertainty, foreign investors are moving in on U.S. seniors housing, seeing it a stable asset in which to park their capital, sources say.

“We expect to see more portfolio deals this year by international investors,” Chapin says. He recently returned from a multi-country fundraising tour, visiting investors in the Middle East, Scandinavia, the U.K. and Germany. These investors are interested in portfolio buys, given the demographic trends developing in seniors housing.

“There is a lot of capital flowing to seniors housing and more investors are looking at investment opportunity here as more stabilized yield plays for core/core plus assets, given it has very low correlation to the broader markets and less dependency on economic cycles,” Chapin says. The sector also offers a stable resident base, making investment into this asset more appealing, he notes.

China and Israel are among the biggest foreign investors active in seniors housing this year, according to Weidler, who adds that she has seen a significant amount of EB-5 money come in from China for new construction of seniors housing.

International pension funds and sovereign wealth funds are also very interested in deploying capital into this sector in the next 12-18 months, Chapin adds.